She’s the former Bachelor star who brought in the New Year Stateside with her boyfriend.

But although Kiki Morris, 30, and boyfriend Jeremy Banks had the sights of the Big Apple on their doorstep it seems they only had eyes for each other.

Glamazon Kiki shared a steamy kiss with her and hunky beau Jeremy come midnight, while he gave the reality star’s shapely derriere a cheeky little grab for an Instagram picture.

The leggy beauty captioned the photograph, ‘sealed with a kiss’.

It comes after TV star revealed late last year that she’s lost a whopping 6kg since appearing on the Bachelor.

A pouting Kiki revealed her tiny waist as well as her very slender legs and arms in a tiny black bikini. 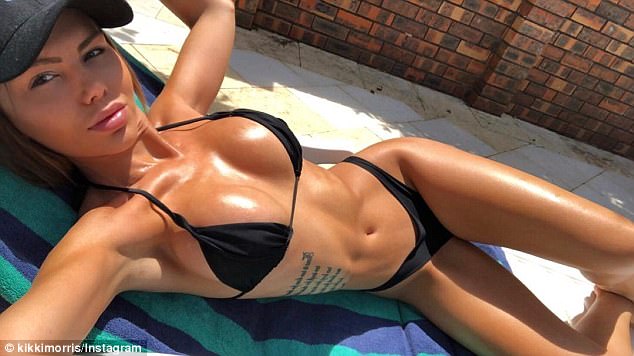 It’s not the first time Kiki has shown off her dramatic transformation.

Taking to Instagram earlier in the week in front of a Christmas tree, the reality star again flaunted her trim frame and her ample assets.

In an interview with Daily Mail Australia, the brunette beauty said she works hard to maintain her figure through clean eating and a strict workout regime. 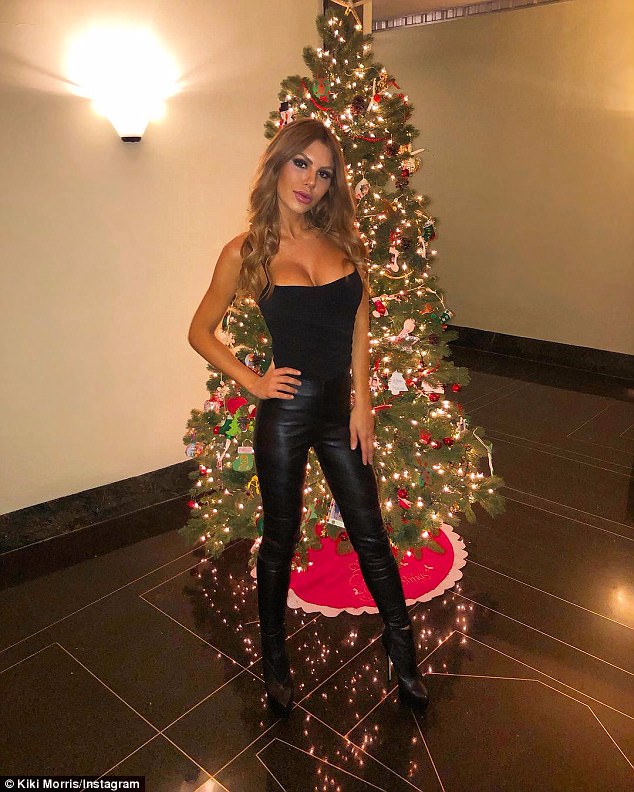 Skin tight! The reality star showed off her slender figure and ample cleavage before venturing on holidays to New York with her boyfriend, Jeremy Banks 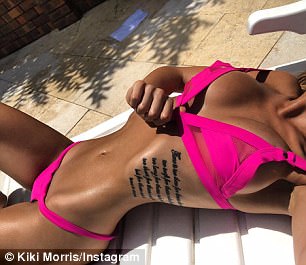 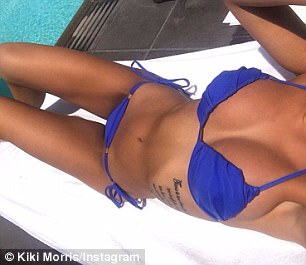 Bronzed body: The reality show star showcased her dramatic transformation, with the recent image of herself in a pink bikini, while the blue bikini is from 2015

‘I eat super healthy and religiously see Beautylicious by Sophie for fat cavitation two times a week, along with gym five days a week,’ she confessed.

In March, Kiki revealed she had dropped 6kg after appearing on Richie Strahan’s season of The Bachelor. 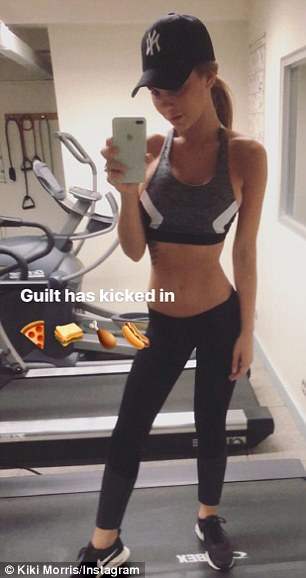 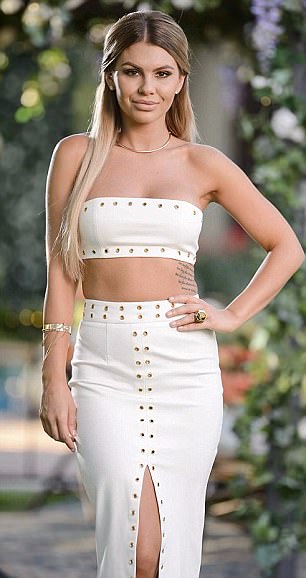