New York has been obliterated by a 1,000ft-wide asteroid – or at least that was the devastating result of a simulation designed by NASA to test whether a team of scientists and engineers could save the Earth from such an apocalyptic event.

The New York extinction event follows on from the French Riviera being destroyed in 2013 and Dhaka being wiped out in 2015, although Tokyo was saved when the exercise was run in 2017.

Despite a simulated eight years of preparation, scientists and engineers tried but failed to deflect the killer asteroid this time around during the exercise, which has become a regular event among the international community of ‘planetary defense’ experts.

A simulation from NASA challenged a team of engineers and scientists to save the Earth from an asteroid speeding at 43,000 miles per hour – but they failed to save New York from oblivion

Such exercises are a necessity in the wake of real-life asteroids which could potentially collide with the Earth one day, including one named Bennu which is taller than the Empire State building and estimated to be 1,664 times heavier than the Titanic.

The latest simulation began near Washington, with the following alert: an asteroid roughly 330 to 1,000 feet in diameter had been spotted and according to rough calculations had a one percent chance of hitting the Earth on April 29, 2027.

Each day during the conference, some 200 astronomers, engineers and emergency response specialists received new information, made decisions and awaited further updates from the organisers of the game, designed by a NASA aerospace engineer.

As fictional months ticked by in the simulation, the probability of the giant space rock crashing into Earth rose to 10 percent – and then to 100 percent.

NASA launched a probe in 2021 to examine the threat up close. In December that year, astronomers confirmed it was headed straight to the Denver area and that the western US city would be destroyed.

The major space powers of the United States, Europe, Russia, China and Japan decided to build six ‘kinetic impactors’ – probes meant to hit the asteroid to change its trajectory. 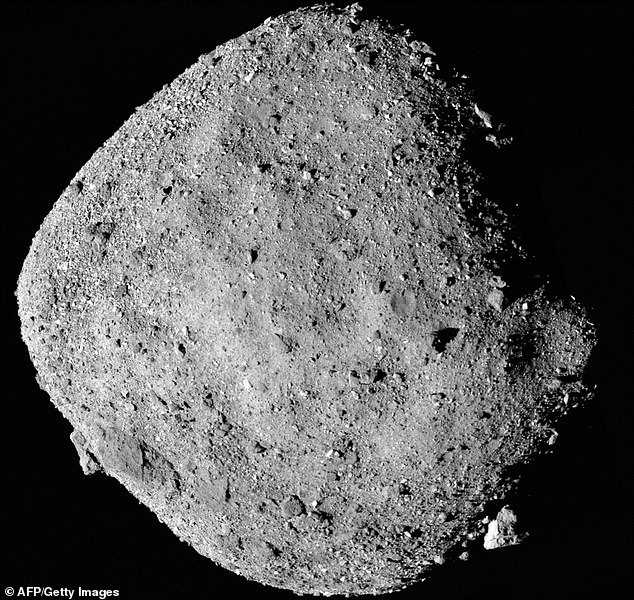 NASA’s probe OSIRIS-Rex is now orbiting Bennu, a gigantic ‘apocalypse asteroid’ which could release 80,000 times more energy than the Hiroshima atomic bomb if it collided with Earth

It took time to build the impactors and wait for the right launch window. The impacts were set for August 2024.

Three impactors managed to hit the asteroid. The main body was deflected, but a smaller fragment broke off and continued on a deadly path, this time towards the eastern US.

Washington considered sending a nuclear bomb to deflect the 60-meter rock, repeating a successful strategy that saved Tokyo last year, but it was crippled by political disagreements.

All that remained was to prepare for impact.

With six months to go, experts could only predict that the asteroid was headed to the New York area. With two months to go, it was confirmed the city would be destroyed.

The asteroid would enter the atmosphere at a blistering 69,000 kilometers per hour (43,000 miles per hour) and explode 15 kilometers (9.3 miles) above Central Park.

The energy of the blast would be 1,000 times that of the nuclear bomb dropped on Hiroshima.

It would destroy everything within a 9-mile ‘unsurvivable’ radius, scientists said. 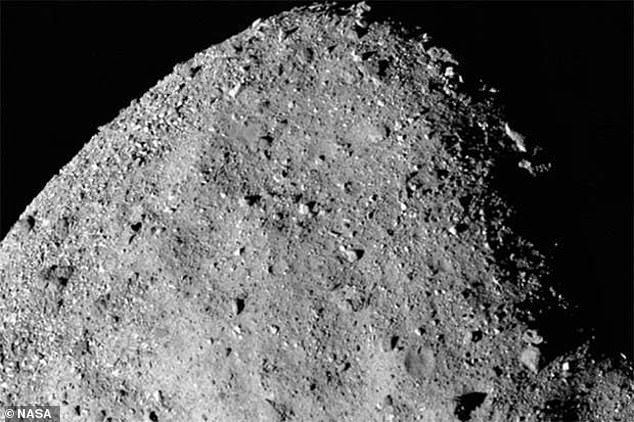 NASA’s probe is examining the gigantic asteroid Bennu, which is estimated to be 1,664 times heavier than the Titanic and taller than the Empire State Building

In the event of such an asteroid hitting the Earth in this way, Manhattan would be completely razed. Windows as far as 28 miles away would shatter and damage would extend as far out as 42 miles from the epicentre.

The questions raised by the scenario were endless.

‘Two months may not be enough time to really evacuate, because you’re evacuating people who are stuck, who have to rebuild their lives where they’re going. You’re going to have fleets of U-hauls,’ said Brandy Johnson, an ‘angry citizen’ in the exercise, referring to the rental moving trucks.

Other questions raised were who would pay for the evacuation, who would host those displaced and how would authorities protect everything from nuclear and chemical installations to works of art?

Intriguingly, how would citizens behave in the face of an end-of-the-world scenario?

‘If you knew your home was going to be destroyed six months from now, and that you weren’t going back again, would you keep paying your mortgage?’ asked Victoria Andrews, NASA’s deputy planetary defense officer.

Participants debated insurance and legal issues at length: the United States did save Denver, but accidentally destroyed New York.

‘In this situation, under international law, the United States, regardless of fault, as the launching state, would absolutely be liable to pay compensation,’ said Alissa Haddaji, coordinator of a group of 15 international space lawyers created to study those very issues. 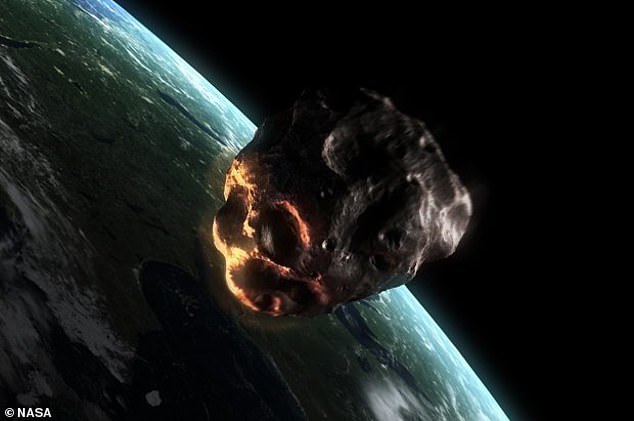 The fictional killer asteroid is, of course, ‘highly unlikely,’ Paul Chodas, the NASA engineer who designed the game, told AFP.

‘But we wanted the issues to be exposed and discussed.’

Astronomers at the conference took the opportunity to defend the NeoCam space telescope project, which would help scientists better identify asteroids and react earlier to threats.

The next simulation exercise will take place in 2021 in Vienna. Chodas left open the possibility that it will be Europe’s turn in the line of fire.

NASA is currently keeping a close eye on Bennu, a gigantic ‘apocalypse asteroid’ which could release 80,000 times more energy than the Hiroshima atomic bomb if it collides with Earth – potentially ending life as we know it.

The 500 foot rock is taller than the Empire State building and estimated to be 1,664 times heavier than the Titanic.

And scientists say a collision with Earth could potentially have a cataclysmic effect on millions of lives.

But the space agency insists immediate doomsday preparations won’t be necessary, as the rock is not expected to fly close the planet until next century.

NASA’s probe OSIRIS-Rex is currently orbiting the asteroid on an observatory mission, with plans to land on its surface in 2020.