The twisted mind of a cold-blooded killer and child molester has been revealed through a series of handwritten letters he penned from behind bars.

Among the 43-year-old’s heinous crimes were the brutal murders of his girlfriend Karlie Pearce-Stevenson and her daughter, Khandalyce, in 2008.

Holdom was serving a four-year sentence for the sexual assault of an eight-year-old girl when he was charged over the killings.

In newly revealed letters, first published by The Sunday Telegraph, Holdom blames his string of evil choices on an abusive childhood, and a later drug alcohol and drug addiction. 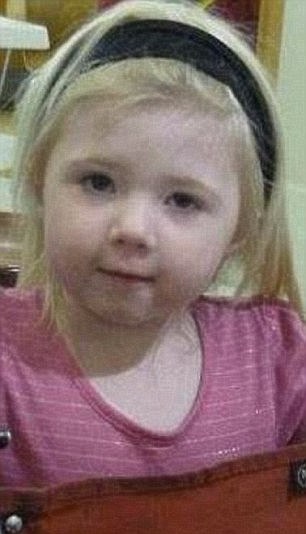 Among the 43-year-old’s heinous crimes were the brutal murders of his girlfriend Karlie Pearce-Stevenson and her daughter, Khandalyce (pictured left and right)

‘I was constantly bashed with fist, belt, belt buckles and bits of wood around the legs or over my hands. He would ram my head through cupboard doors… I would run away to get away only for the police to take me straight back home,’ he wrote.

Holdom’s letters revealed how he roamed around Australia, settling in Alice Springs with a woman in the mid 2000s.

‘We both had good jobs after 12 months thou (sic) I started with drugs again. Then late 2008 had a (sic) accident between Alice Springs and Adelaide … that turned my whole life upside down,’ he wrote.

Holdom was writing of an incident in September 2008, when after using meth at a party, he crashed a car which killed two of the woman’s children.

‘I took to use lots of drugs when I took of (sic) to (the) ACT I was not coping at all. Took a couple of attempts on my own life overdosing,’ he wrote of the weeks after the crash.

Although he was charged over the incident, Holdom blamed his girlfriend for not forgiving him. 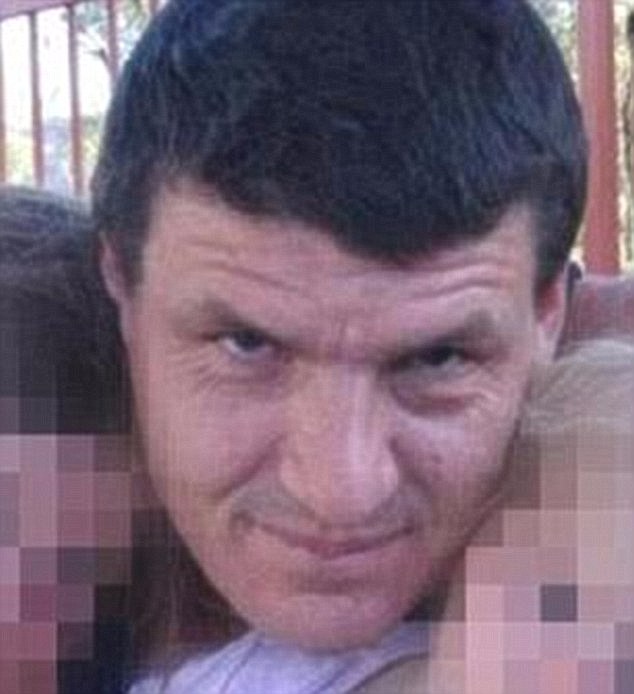 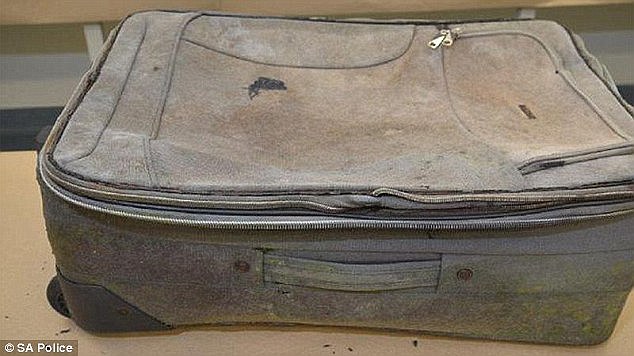 Two years later, Karlie Pearce-Stevenson two-year-old daughter Khandalyce’s remains were found stuffed in a suitcase on the side of a highway in rural South Australia

He met Ms Pearce-Stevenson while his girlfriend was still in hospital recovering from her injuries sustained in the crash.

Soon after, the pair were staying with one of Holdom’s relatives in Canberra when on December 14, 2008, he lured Ms Pearce-Stevenson to Belanglo State Forest in NSW’s Southern Highlands.

He stepped on the young mother’s throat and crushed her windpipe before photographing her body and leaving it in the forest.

Photos taken that day were years later found by a woman known to Holdom on an SD memory card.

Ms Pearce-Stevenson’s skeleton was found in the Belanglo State Forest in August, 2010. 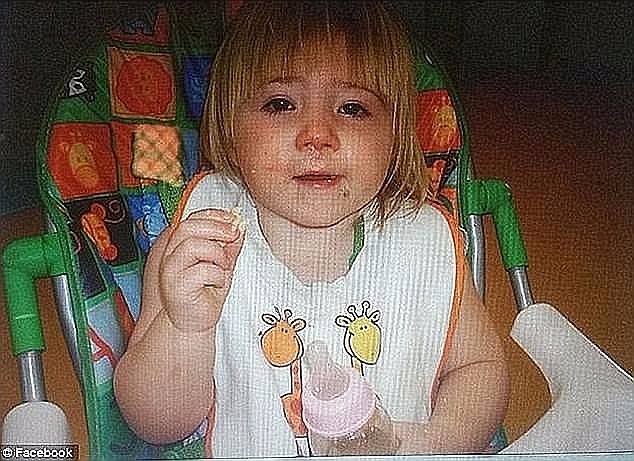 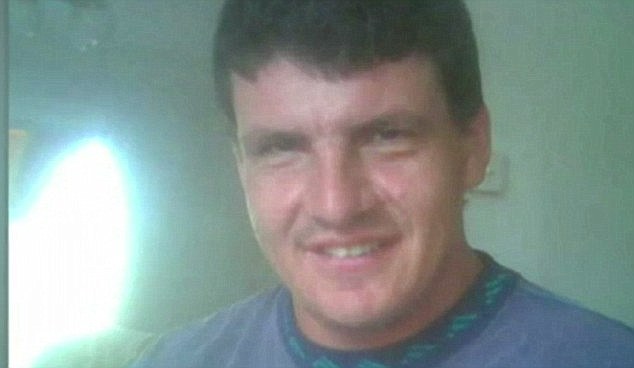 The former drug addict, who pleaded guilty to the double murder on Tuesday afternoon, assaulted a woman in 1999

Two years later, her two-year-old daughter Khandalyce’s remains were found stuffed in a suitcase on the side of a highway in rural South Australia.

However, it wasn’t until 2015 until the bodies were formally identified.

In the years prior to the gruesome murders, Holdom had already established a significant rap sheet.

The former drug addict, who pleaded guilty to the double murder on Tuesday afternoon, assaulted a woman in 1999.

He broke into her room of a night and attempted to suffocate her with a pillow, before trying to strangle her.

In an eerily similar method to the murder of two-year-old Khandalyce Pearce, Holdom attempted to ‘duct tape the woman’s mouth to suppress her screams.’

1999: Daniel Holdom sneaks into a woman’s room and attempts to suffocate her with a pillow and duct tape.

2000: Holdom is sentenced for that crime.

2001: Holdom is convicted for breaching an apprehended violence order. He continues to stalk his victim.

September 2008: Holdom is the driver involved in a fatal car accident. His female passenger remains wheelchair bound. Both of her children died in the collision.

December 19, 2008: Khandalyce Peace is suffocated and her body dumped in a suitcase. Her remains are dumped on the side of a highway in South Australia.

August 29, 2010: Unidentifiable remains are discovered in the Belanglo State Forest.

July 2015: Remains were discovered by a passing motorist on Karoonda Highway, South Australia.

October 21, 2015: Police identify the mother and daughter and link the cases.

October 28, 2015: Holdom is charged with the murder of Karlie Pearce-Stevenson.

December 2015: Holdom is charged with the murder of Khandalyce Pearce.

July 31, 2018: One week before a trial for the double murder is set to take place, Daniel Holdom confesses to both crimes.