Killer Elmer Crawford believed to be living in WA outback

In 1970, Elmer Crawford was accused of electrocuting and bashing his pregnant wife and three children before bundling them into a car and sending it off a cliff.

Just one day later, he vanished, and police are still searching for him more than 50 years later.

After reports Crawford might be in Western Australia, Victoria Police travelled to the Pilbara region to revive the search, but were unsuccessful, Seven News reported.

One former truck driver told the program he believed he had once spoken to the man, now believed to be in his late 80s.

‘Nugget’ Wright said he had met a man with a wife who was ‘long gone’ who claimed to have moved from Melbourne in 1970.

When asked why he left the Victorian capital, the man believed to be Crawford told the former driver: ‘I had to leave in a hurry, I did something terrible.’ 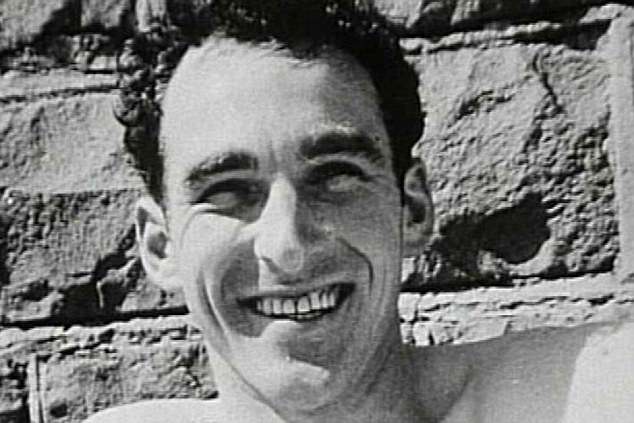 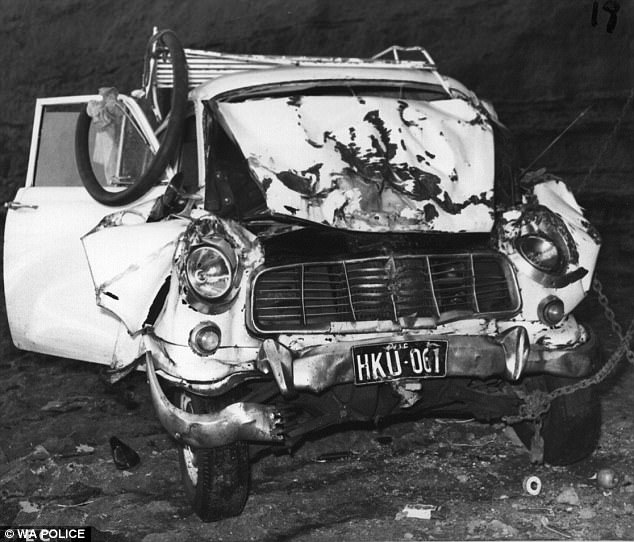 After he allegedly beat and electrocuted his family, Crawford is believed to have bundled them into the back of his car and rolled them off a cliff hundreds of kilometres away from their home (pictured: the car as it was found) 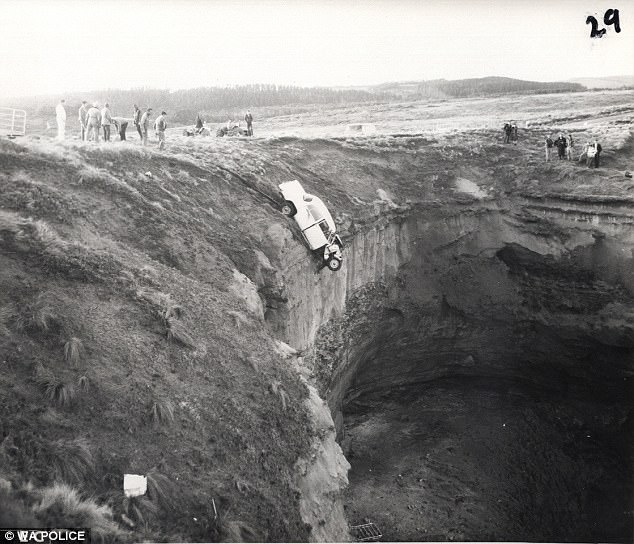 Pictured: A police re-enactment of the car rolling off the Loch Ard Gorge, near Port Campbell

‘Nugget’ asked if his new acquaintance was the man Victoria Police had recently been in the area to look for, and told Seven News the man’s reaction was concerning.

‘His head dropped, his shoulders shrunk, and he had that attitude: “oh s***, I’ve told this bloke too much”,’ Nugget said.

On July 1, 1970, Crawford allegedly used a roughly constructed electrocution device to shock his pregnant wife Therese and two of their children: Katherine, 13, and eight-year-old James.

A 15m electrical cord with a plug at one end and extension cord socket at the other was found in the family home after the brutal deaths, with five small wires with alligator clips attached to each one, News Corp reported. 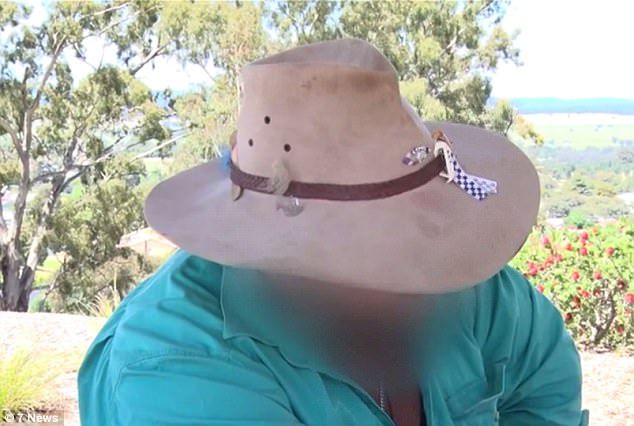 Police believed Crawford attached the alligator clips to the ears of his three family members and shocked them to death as they slept. He then beat the children with a hammer.

His youngest child, six-year-old daughter Karen, was not shocked. Instead, she was beaten to death with the hammer.

The bodies were then bundled into the back of Crawford’s car, where the seat had already been removed.

After driving hundreds of kilometres with the bodies lying dead in the back, Crawford is then believed to have arrived at the edge of Loch Ard Gorge, near Port Campbell, and rolled the car off the cliff. 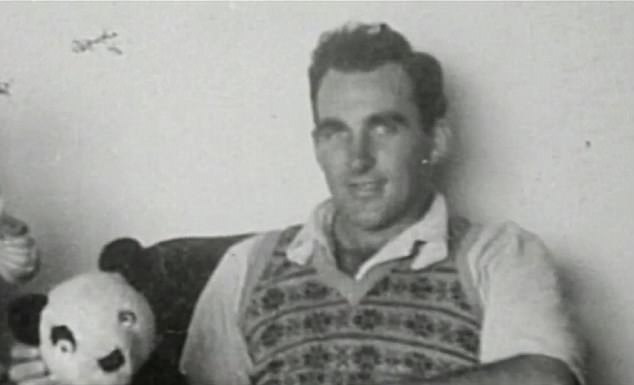 The car was discovered the next day, having landed on a ledge 20m below the cliff edge.

Police knocked on Crawford’s door, and believe this is when he chose to flee.

Retired detective Adrian Donehue, who aided in recovering the bodies of the shocked and beaten family, said it was still not too late to bring the man to justice and finally get closure on the brutal cold case.

‘It’s definitely solvable, if you get the right information,’ he told Seven News.

‘We’ve got everything else – all we need is a body.’ 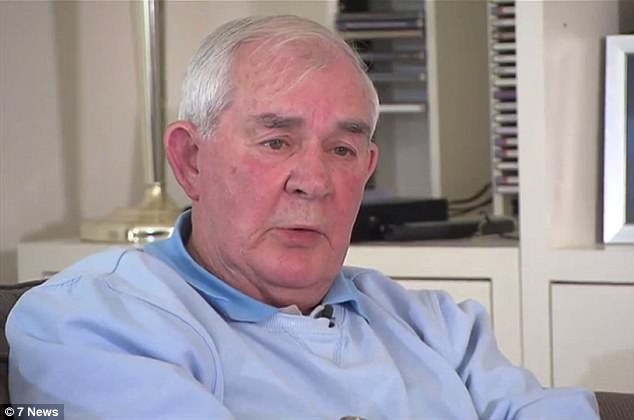 Retired detective Adrian Donehue, who aided in recovering the bodies of the Crawfords, says it is not too late to solve the case of their deaths