A Minnesota man who confessed he suffocated his wife with a plastic bag and duct tape told police he planned to use that same roll of tape to hang missing posters for her.

Chilling new details in the murder of Maria Fury, 28, whose body was found buried in the crawl space of her Maple Grove home on Saturday, two days after her husband reported her missing, have emerged.

Her husband Joshua David Fury, 28, reported Maria as missing to police on Thursday, launching a massive air and land police search for her.

On Saturday investigators served a warrant at the couple’s home and sniffer dogs detected human remains in a four-feet high crawl space in the basement.

Her body was found buried with the plastic bag duct taped around her mouth and nose. She was found with trauma to her neck, but it was not broken.

Minnesota man Joshua David Fury, 28, confessed to killing his wife Maria Fury, 28, (together above) by strangling her and suffocating her with a plastic bag and duct tape. He later told police that he planned to use that very same roll of duct tape to hang up missing posters for Maria as he reported her missing 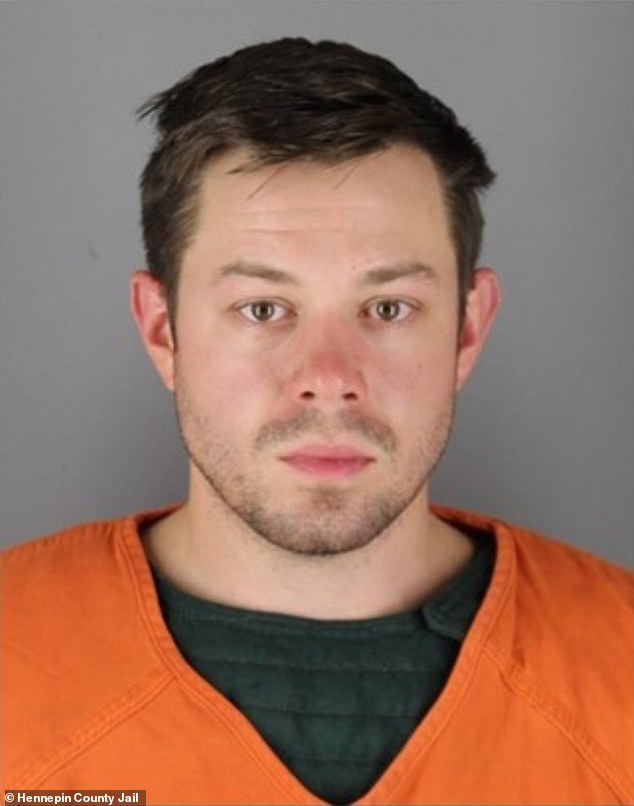 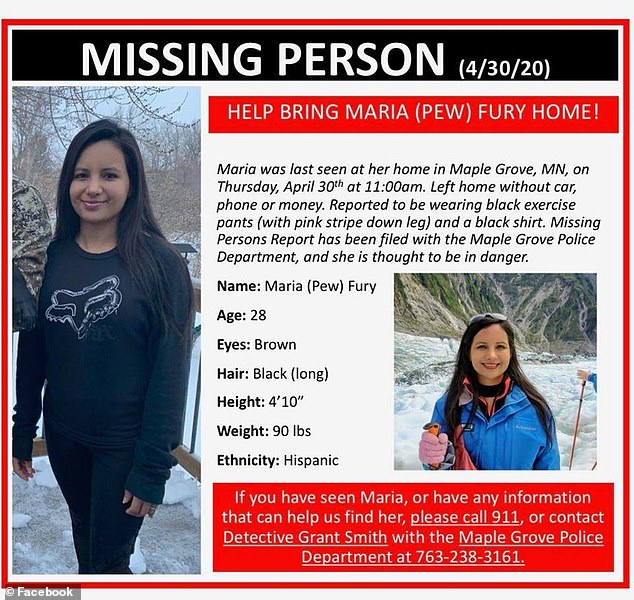 He told investigators he wanted to use the very same roll of tape he used to kill her to hang up missing posters for her. Missing poster for Maria shared on social media pictured above

After her body was exhumed Fury confessed to the grisly killing and was charged with second-degree murder.

Preliminary autopsy results from the Hennepin County medical examiner determined the cause of death was asphyxiation from duct tape and a plastic bag placed over Maria’s mouth and nose.

Joshua admitted to the killing saying he strangled her during an argument about her leaving him.

Joshua said he ‘placed both hands around her neck and squeezed until he felt a snap,’ the charges said.

When he found Maria was still breathing he put a plastic bag over her head and nose until she stopped. 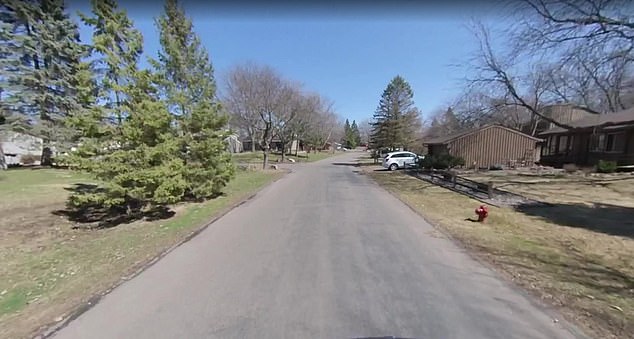 Police were dispatched to the couple’s Maple Grove home on the 11000 block of Red Fox Drive (above) last week following Joshua’s missing report and a massive two-day search was launched for Maria. Her body was found Saturday buried in a crawl space in the basement of the home

He said once she was dead he ‘wrapped her arms in duct tape, carried her body to the crawl space, dug a hole, placed her body in the hole, filled it up, covered and chalked plastic over the space then cleaned up the surrounded area and himself before going to work.’

Joshua told authorities it only took two hours to kill her and bury her body.

He told police he intended to use the same duct tape roll he used to wrap her body to hang missing posters for her as he pretended that she had vanished during her walk around the neighborhood.

Now prosecutors are requesting a high bail for Joshua due to the extremely violent nature of the crime and his cover-up plan.

Friends and family of Maria said he was ‘possessive and controlling’ and she intended to leave him. 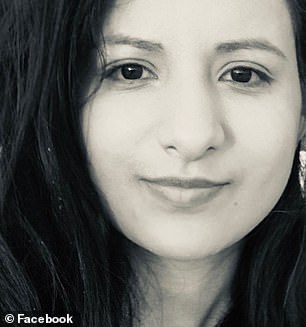 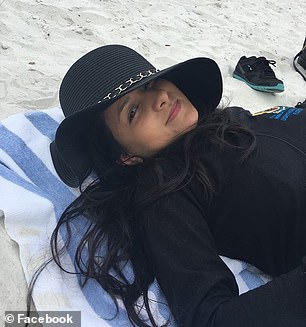 Maria Fury’s body was found in a crawl space in their Minnesota home’s basement on Saturday, two days after Joshua reported her missing to police on Thursday April 30. Fury said he killed his wife after they got into an argument about her leaving him 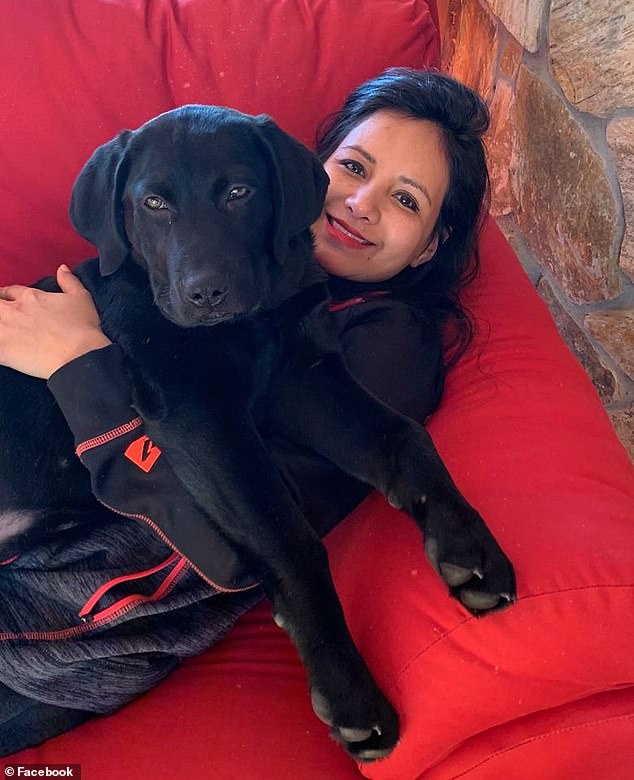 Investigator interviews found the couple was having marital problems, Fury was ‘controlling and possessive’ and Maria intended to leave him

He told investigators that he suffers from depression and attempted to commit suicide following the murder.

He expected to make his first court appearance in the death of his wife on Wednesday. Prosecutors will be seeking bail of $2million.

‘Maria Pew is a victim of a horrific, unthinkable crime. But we will not allow her to be remembered that way; Maria would hate it if the world saw her as a victim. Maria was so much more. She was our daughter, our niece, our cousin, our friend; she loved her family and was fiercely loyal. A happy, strong, resilient, supportive, and caring individual, Maria did so much in her 28 years. But she also left behind hopes and dreams, and she left undone infinite possibilities,’ they said in a family statement.

The family is asking that people consider supporting Cornerstone, an organization that works with families experiencing domestic violence and have started a fundraiser to support to group in Maria’s name.