The minor confrontation that ended in murder: Killer is caught on video screaming at innocent father before fatally stabbing him

Pencille, 36, will serve at least 28 years in jail

CCTV captured the terrifying moment career criminal Darren Pencille flew into a murderous rage at his innocent victim Lee Pomeroy on a train to London.

Today Pencille, 36, was convicted and sentenced for the murder of Mr Pomeroy, 51, on the Guildford to Waterloo train in January.

It was the thug’s 25th criminal conviction for 30 offences – including slicing a man’s neck in a row over a Rizla cigarette paper – since joining notorious London crime gang the South Man Syndicate in his teens.

Footage shows how cannabis-addicted gang enforcer flew into a rage after becoming frustrated Mr Pomeroy and his son were standing in the aisle of the train.

The pair exchanged heated words and Mr Pomeroy even followed Pencille alone into the next carriage where they continued to shout at each other.

Immediately prior to launching into his vicious attack Pencille can be heard shouting: ‘You heard what I said, I dare you, I dare you.

‘You were laughing at me, I dare you. 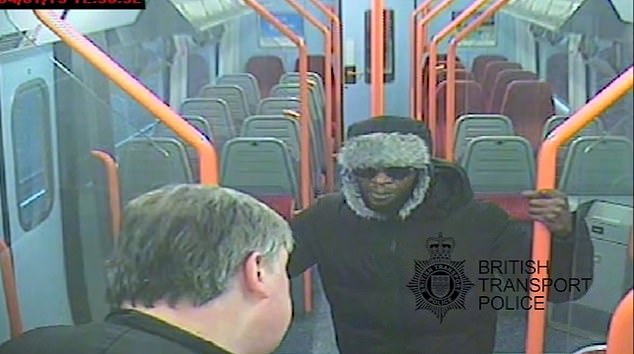 Stills and video from the train’s CCTV cameras show the lead up to the attack, including Pencille saying ominously: ‘You touch me, and you see what happens at the next stop’ 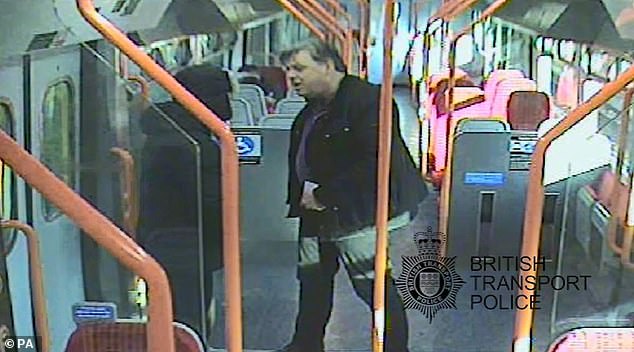 The father had told the thug he had disrespected him in front of his son, to which Pencille had replied: ‘You touch me, you touch me, and you see what happens at the next stop.’

Moments later Pencille is heard talking into his phone, telling his girlfriend: ‘I’m going to kill this man.

Shortly afterwards the frenzied attack began, all 27 violent seconds captured on CCTV as Pencille pulled a knife from his pocket and stabbed Mr Pomeroy 18 times in the neck, body and arms.

The older man, who was a day away from his 52nd birthday and was on his way to London for a day out with his 14-year-old son, can be seen desperately trying to defend himself.

Today at the Old Bailey Pencille was found guilty of murder and given life in jail, to serve a minimum of 28 years. 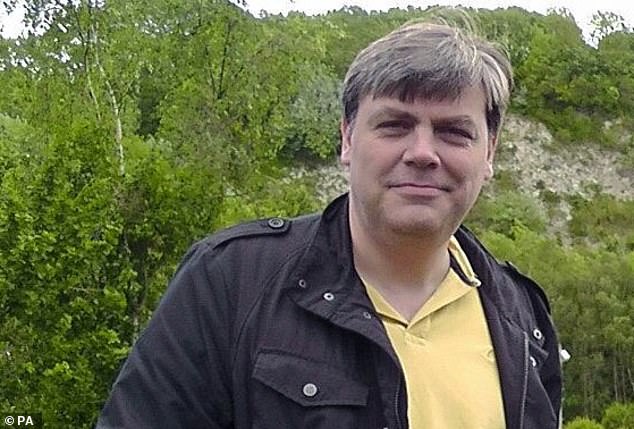 After the stabbing Pencille got off at Clandon, where he was picked up by girlfriend Chelsea Mitchell, 28, who ferried him away from the scene and helped him change his appearance.

She was today found guilty of assisting an offender and sentenced to 28 months in prison.

Pencille refused to give evidence at his Old Bailey trial claiming he had acted in self defence. But jurors heard how 5ft 10in tall Pencille had a history of violence, having previously stabbed a flatmate in the neck over a minor disagreement in 2010 and had threatened to kill a staff member at a mental health hostel in June last year.