A New Zealand man who helped force two drug dealers into a toolbox that was dumped in a Queensland creek, killing them, will spend at least a decade in jail.

Tepuna Tupuna Mariri, 29, pleaded guilty to the manslaughter of Cory Breton, 28, and Iuliana Triscaru, 31, south of Brisbane in 2016.

He also admitted to torturing the pair after they were lured to his home in a Kingston apartment complex on January 24.

The duo had been bashed with a metal pole before being forced into the toolbox at knifepoint and dumped in the waterway next to the Logan Motorway.

Mariri helped torture Mr Breton and Ms Triscaru before they were murdered, the Brisbane Supreme Court was told on Thursday.

‘The ordeal extended over many hours,’ Justice David Boddice said.

‘The torture was sustained and brutal.’

Mr Breton and Ms Triscaru were bound and assaulted. 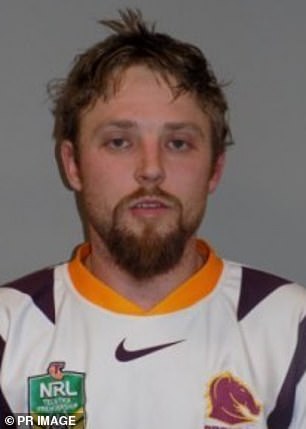 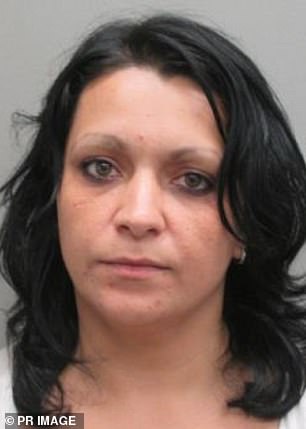 Cory Breton (pictured left) and Iuliana Triscaru (right) drowned in a large metal box which was found at Scrubby Creek, south of Brisbane, on February 11, 201

‘Screams of pain did not cause anybody to desist,’ Justice Boddice said.

‘Your conduct is properly described as cold, continuous and callous. You showed no respect for either victim as human beings.’

Later, Mariri assisted his co-accused, a group of school friends, shove the pair into the box. He also sat on the toolbox to stop the duo from trying to escape.

When they cried out, he closed windows at his home so their torturous screams for help would not be heard by neighbours, Justice Boddice said.

He also distracted onlookers concerned over the banging coming from the toolbox as it was loaded onto the back of a ute outside the unit.

After the pair were driven to their deaths, Mariri directed the cleaning up of blood at the apartment, but he was not at the creek when they drowned.

‘What you did to my beautiful girl opened my eyes to the evil of the worst kind and makes my skin crawl,’ Ms Triscaru’s mother Victoria Duga said in her victim impact statement read to the court. 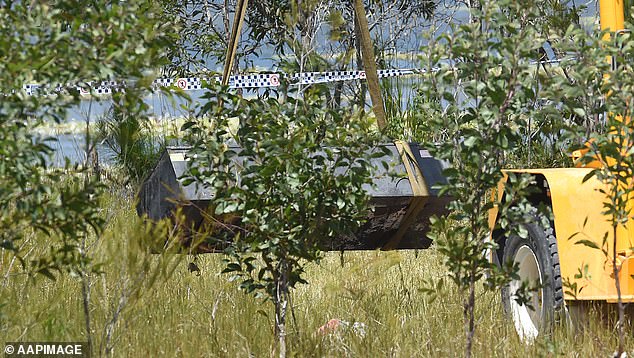 ‘What kind of mind is capable of thinking that it is okay to do something like this to another human being?’

‘It must be very cruel and depraved.’

Mr Breton’s former partner, Miranda Parkinson, told the court their daughter, Sienna, constantly asked questions about how and why her dad died.

‘How do you tell a three-year-old they are never going to be able to see their father again,’ she asked in her victim impact statement.

‘We have to tell her the truth.

Justice Boddice sentenced Mariri to 13 years’ imprisonment. He will be eligible for parole after serving 80 per cent of the sentence.

Mariri is likely to be deported after completing his jail time.

Tuhirangi-Thomas Tahiata was sentenced in February to life in prison over the murders.