Twisted killer who injected a woman with battery acid in ‘horrifying, depraved and disgusting’ murder will NEVER be released and will die in jail

The family of a woman who was horrifically murdered by her neighbour are relieved to learn he will never be released and instead will die behind bars.

Victorian man Michael Cardamone, 52, was sentenced to life in jail in 2017 for the brutal murder of his neighbour Karen Chetcuti-Verbunt in 2016.

Cardamone kept Miss Chetcuti-Verbunt prisoner while he sedated her with horse tranquilizers, tied her up, injected her with batter acid and beat her so badly he fractured her skull.

He then set her on fire while she was still alive before running over her lifeless body.

When handing down the life sentence in 2017 Justice Lex Lasry admitted he was taking an unconventional approach, ABC News reported.

‘To refuse to fix a minimum term is an exceptional step and is a dreadful punishment, but this was a dreadful crime,’ he said.

‘The crime you committed was quite simply horrifying, depraved and disgusting.’

Cardamone was in court on Wednesday to appeal his life sentence after claiming at his age it would be too burdensome on him.

He also claimed his ongoing battle with depression and anxiety had not been taken into consideration during sentencing, Nine News reported.

Cardamone is the first killer without a prior murder conviction to be jailed without the chance of release.

His appeal was rejected and the judges reserved their sentence meaning Cardamone will never be set free.

Miss Chetcuti-Verbunt’s mother Clary Verbunt and younger sister Leny Verbunt were in court to hear the verdict and spoke with media afterwards. 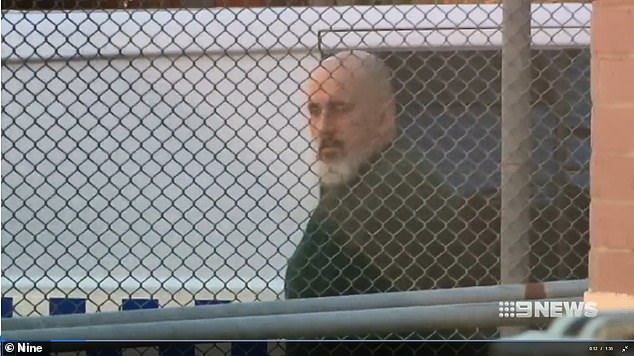 Michael Cardamone (pictured), who was sentenced to life in jail for the brutal murder of his neighbour Karen Chetcuti-Verbunt in 2016, has had his appeal denied

‘Irrespective of his age he should stay in jail forever,’ Miss Verbunt said.

Mrs Verbunt also said age was irrelevant as she felt Cardamone would still be dangerous if he was 80 years old.

‘I never believed in (the) death penalty but now I do. It was horrible what he did,’ she said of what was done to her daughter.

The Court of Appeal agreed the sentence was ‘dreadful but was suited to someone who committed a ‘dreadful crime’.

‘The murder of Ms Chetcuti was a horrendous crime, committed in the most appalling way,’ Chief Justice Anne Ferguson said.

‘It was, as the sentencing judge observed, ”unprovoked and extraordinarily violent” as well as being ‘horrifyingly callous.’

At the time of the murder Cardamone was also on parole for the violent rape of a 15-year-old girl. 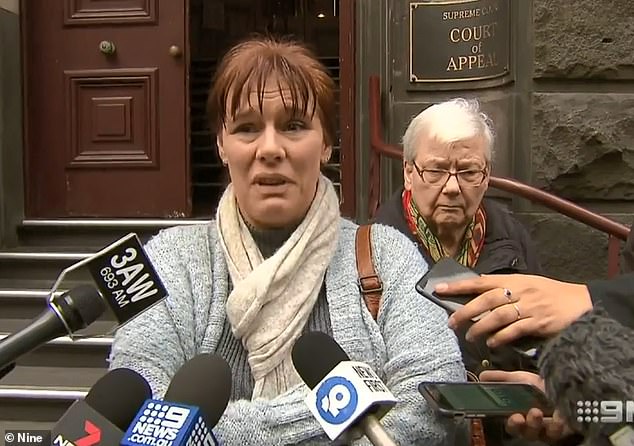