Anthony Lowe, 46, was jailed for life on Tuesday in Wales

A man was jailed for life on Tuesday for stabbing to death a lover he met on a dating site, who he had hooked by lying about his name and age.

Anthony Lowe, 46, used a fake identity and knocked 10 years off his age in order to meet and seduce trusting mother Katherine Smith, 26.

His ploy worked and the two’s relationship progressed quickly, with Miss Smith getting a tattoo of his fake initials just after a few weeks of knowing each other.

But Miss Smith’s love story was cut short when Lowe murdered her in a frenzied serrated knife attack, stabbing her 33 times, at her flat in Cardiff after a night out in September of 2017.

After killing his girlfriend, Lowe stole her car to go on the run – but the murder didn’t stop him from getting back on dating sites to approach other women.

Lowe was sentenced and jailed for life at Cardiff Crown Court on Tuesday. 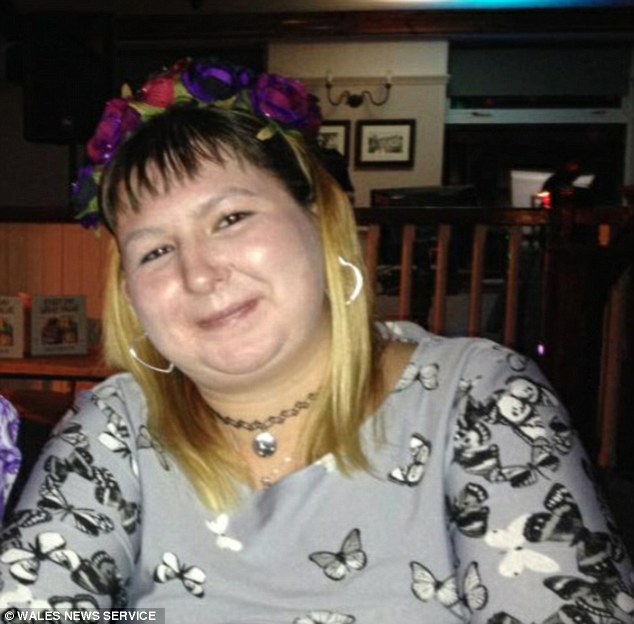 Lowe was convicted of killing Katherine Smith, 26, (pictured) a young mother who he had met on a dating site using a fake name and age. Lowe stabbed Smith 33 times in September of 2017 before stealing her car

She fell for his lies and eventually Lowe attacked her after a night out before quickly moving on to other love interests.

‘He messaged one lady saying: ”You look stunning”. Chillingly as she asked: ”I thought you were in a relationship?”, he said: ”No I am single now”.

‘Other text messages to another woman included one to a woman saying: ”Hi, I would love to f*** you”.’

Jailing Lowe for life, which holds a minimum sentence of 18 years, Judge Neil Bidder QC said: ‘Using a false name you formed a relationship but the messages passed between you showed you were jealous and controlling.

‘In the short time Miss Smith knew you, you used physical violence towards her.

‘It is possible you were irrationally jealous of her, having seen her quite innocently speaking to another man in the club that evening.’ 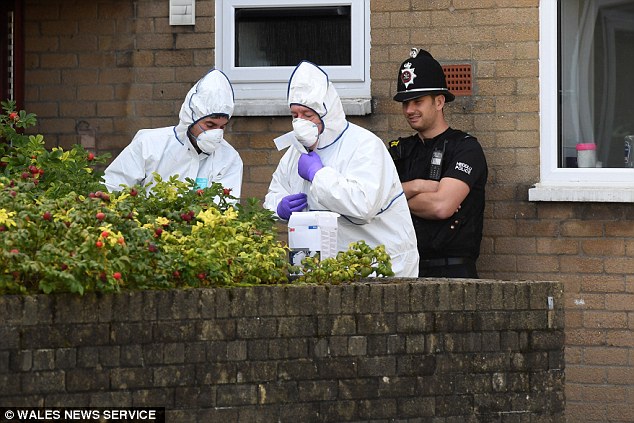 Lowe murdered Miss Smith in a frenzied serrated knife attack, stabbing her 33 times after a night out at her flat in Cardiff (pictured) in September of 2017

The judge continued: ‘What is known is that you repeatedly stabbed her to death. You stabbed her 33 times with a serrated knife taken from her kitchen.

‘You then tried to form sexual relationships with other woman on Facebook – you decided you had nothing to lose.

‘You are determined, calculating, self-centred and very dangerous.

‘Your behaviour after the killing shows a complete absence of remorse.’

The prosecutor elaborated: ‘He was effectively checking up on her, asking where she was and if she was seeing someone else.’

Mr Jones said that on the night of her death keen skittles player Miss Smith drove to Tongwynlais Rugby Club, in Cardiff, with Lowe, and two other friends.

But on the way home the couple began arguing, which then continued as they arrived back to the flat in Ely, Cardiff at approximately 10:20pm on September 27, 2017.

Mr Jones said that CCTV showed Miss Smith pulling into her road with Lowe in the car. 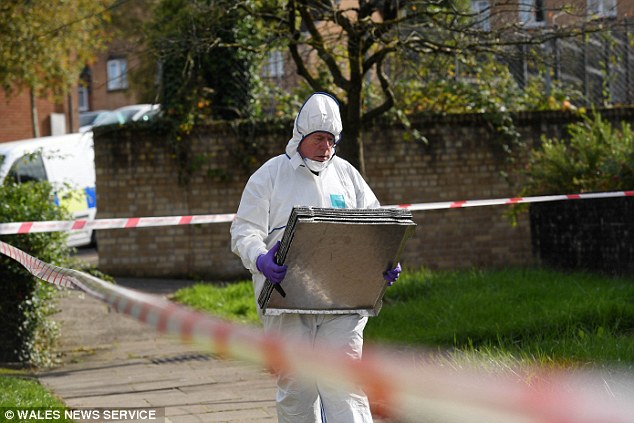 After killing his girlfriend, Lowe stole her car to go on the run – but the murder didn’t stop Lowe from going back on dating sites to approach other women. Pictured: Crime scene 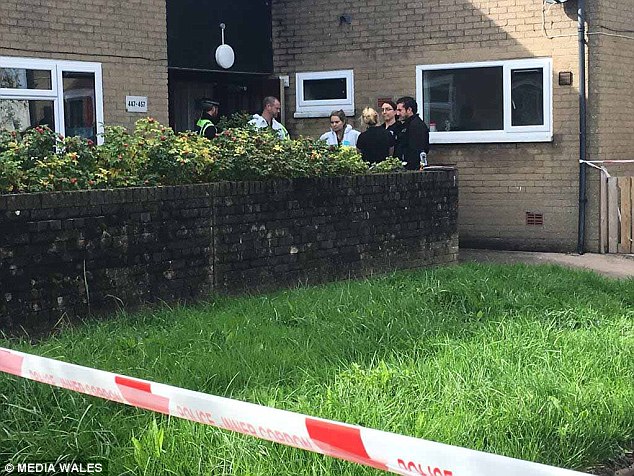 The case’s prosecutor described Lowe’s behaviour towards Miss Smith as ‘controlling’. He elaborated: ‘He was effectively checking up on her, asking where she was and if she was seeing someone else’

He said: ‘Nineteen minutes later the vehicle is seen leaving the location of Miss Smith’s flat.

‘It was driven by Lowe, leaving in her car having just murdered her.’

Lowe also sent another text to Miss Smith’s mother saying ‘You need to send the police to the flat because Katherine is lying on the living room floor dead.

‘I am sorry but that won’t make up for me killing your daughter.’

Police then went to Miss Smith’s flat the next morning and found her lying face down in her flat in a pool of blood, with the blade nearby on a kitchen surface.

Lowe was arrested outside a Tesco supermarket in Weston Super Mare at 8pm later that day. Jailing Lowe for life, which is a minimum of 18 years, Judge Neil Bidder QC said: ‘Using a false name you formed a relationship but the messages passed between you showed you were jealous and controlling.’ Pictured: Police outside the crime scene in Cardiff

He initially denied killing Miss Smith, and said he headbutted her during an argument – but a pathologist found no evidence of that during the post mortem.

At Lowe’s sentencing on Tuesday, the court heard a victim impact statement from Miss Smith’s mother saying: ‘Katherine was beautiful, intelligent and caring.

‘Even during her short life people told us how lovely a person she was. We will never see her smile again.

‘Our hearts are broken and nothing in this life will ever mend that. Parents should not bury their children and they should never have to be told their child has been killed at the hands of another person.

‘The pain and hurt was unbearable. She was 26 years old.

‘Anthony Lowe you have not just taken one life, you have taken my life, as I do not live now, I just exist.