Killing Eve has thrilled fans for three series with the flamboyant assassinations of its psychopathic main character.

Now the BBC’s security correspondent Gordon Corera has revealed there are striking parallels between fact and fiction in the show.

This week he told podcast Obsessed With that in 2017, as Killing Eve was being written, he was asked by its producers to provide a list of the most outlandish and improbable assassinations in the history of crime.

It remains secret — but its existence is a clue to the crimes that inspired the show’s most outrageous scenes and a hint of plot twists to come. And as we show here, the show’s writers have been spoilt for choice . . .

Dressed in braces and bow tie, with frizzy hair and a bulbous red nose, assassin Villanelle (Jodie Comer) arrives at a children’s party to make balloon animals (episode two, series three). She sends her inept apprentice, also dressed as a clown, to despatch the father of the birthday boy . . . and when he fails, she kills them both.

Real-life inspiration: This most outlandish of Villanelle’s on-screen killings was based on a real case: that of Francisco Rafael Arellano Felix, a member of a Mexican crime cartel.

He was assassinated by clowns at a family event in a luxury tourist resort on the Baja California peninsula in October 2013.

Investigators never proved who ordered the hit but drug trafficking in Tijuana, on Mexico’s Pacific coast, was taken over by Arellano Felix’s sister, Enedina, and her son Fernando — known as ‘the Engineer’. 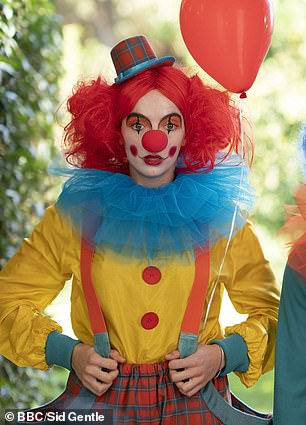 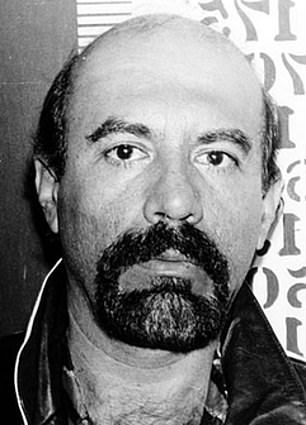 This most outlandish of Villanelle’s on-screen killings was based on a real case: that of Francisco Rafael Arellano Felix, a member of a Mexican crime cartel.

MI5 traitor Frank Halleton (Darren Boyd) is tracked to a safe house by Villanelle (episode five, series one), and held hostage. Villanelle warns she will castrate him as an act of humiliation after he is dead.

After stabbing him to death, she lays his body on a bed and dresses it in a black gown that belongs to her arch-enemy, spy hunter Eve Polastri (Sandra Oh). Villanelle slashes the dress to ribbons, then carries out her promise, slicing off Halleton’s genitals and stuffing them into his mouth.

Real-life inspiration: Tory MP and former BBC foreign correspondent Stephen Milligan was found dead, naked but for stockings and suspenders, with a bin bag over his head, at home in Chiswick, West London, in 1994.

A segment of orange was found in his mouth. He had died from asphyxiation, caused by a noose of flex around his neck. Police believed Milligan must have been experimenting with bizarre sexual practices. The coroner recorded a verdict of misadventure.

One of Villanelle’s earliest assignments, the execution of perfume mogul Carla de Mann in the marble bathroom of a luxury hotel, has all the show’s hallmarks: it’s ruthless, inventive and chic.

Carla collapses after sniffing a bottle of perfume that turns out to be nerve agent (episode two, series one).

Later, Villanelle absent-mindedly allows neighbour Sebastian, who has a crush on her, to take the bottle from her Paris apartment, and finds him dead outside her front door.

Real-life inspiration: Written by Fleabag star Phoebe Waller-Bridge, this episode was screened on April 15, 2018, just six weeks after the attempted murder of Russian defector Sergei Skripal and his daughter Yulia, in Salisbury, Wiltshire. They survived, after suffering from the effects of nerve poison Novichok.

But given the short period of time between the assassination bid — denied by the Russian GRU intelligence agency — and the broadcast, it is unlikely it inspired the storyline.

Indeed, it wasn’t until June that any link became apparent. 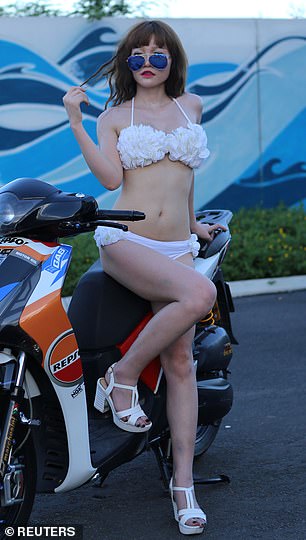 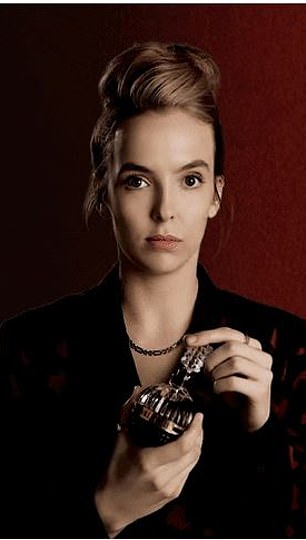 Salisbury man Charlie Rowley spotted a perfume bottle in a bin and gave it to his partner, mother-of-three Dawn Sturgess, 44. It contained Novichok: and had been used to smuggle the poison into Britain. Miss Sturgess sniffed it, collapsed, and died a week later. Mr Rowley survived a long illness.

It is more likely, however, that Killing Eve’s writers were inspired by the murder of Kim Jong-nam, playboy half-brother of North Korean dictator Kim Jong-un, in February 2017.

The 46-year-old had already survived one attempt on his life in 2012. He was the oldest son of former North Korean leader Kim Jong-Il, and a critic of his younger sibling’s appalling regime. He was targeted as he walked through Kuala Lumpur airport by two young women who laughingly spritzed him with perfume — just as sales assistants might spray shoppers in a department store.

The women, Doan Thi Huong and Siti Aisyah, reacted with horror as Kim collapsed: the mother of one of them told reporters her daughter believed she was being filmed for a TV prank and had no idea her perfume bottle contained a nerve agent. Proof, perhaps, that the execution’s masterminds had the same sense of warped humour as Villanelle.

Villanelle frequently dons costumes when she works, emphasising her flair for the dramatic.

She has dressed as a car wash attendant, a waitress, a nurse and a prostitute (wearing a pig mask, corset and a tutu at an Amsterdam brothel). Sometimes, she simply wears overalls and a baseball cap, as she does (episode one, series three) to make a delivery to a spice store in Girona, Spain, before murdering the political agitator who owns the shop — by pushing her off a ladder, beating her unconscious with a jar and then suffocating her in mountains of chilli powder.

Real-life inspiration: In 2010, Palestinian militant Mahmoud al-Mabhouh was tracked from Dubai airport to his hotel by Israeli assassins who constantly switched disguises.

The agents killed him by suffocating him with a plastic bag — just as Villanelle kills art teacher Gemma (episdode seven, series two). Then they escaped, using elaborate transformations: one appeared to be a bald man in a suit as he walked across the hotel lobby, but reappeared with thick black hair and glasses.

NOD TO THE CIA

Villanelle’s character seems to be taken straight from the CIA’s template.

In 1953, while plotting the murder of Guatemala’s Left- wing President Jacobo Arbenz Guzman, the agency compiled a manual entitled A Study Of Assassination.

It stipulated killers should operate alone and receive no written instructions. This matches Villanelle’s methods — she hates working as part of a team and never receives anything more incriminating than a postcard to identify her next target.

Above all, she has the personality for the job.

The CIA document, made public in 1997, warned: ‘Murder is not morally justifiable. Assassination can seldom be employed with a clear conscience. Persons who are morally squeamish should not attempt it.’

Enter Villanelle, a character so bereft of a moral compass that the show employed a psychiatrist to make sure its portrayal of a psychopath was realistic.

Posing as a piano tuner, Villanelle arrives at the home of a classical concert pianist in Andalucia, Spain (episode three, series three).

When her victim, Isabel, turns her back to practise at another keyboard, Villanelle takes a tuning fork with a sharpened stem and throws it like a knife.

The blade plunges into the back of Isabel’s neck, killing her. Villanelle uses it again, this time to kill the family’s nanny (a potential witness).

Real-life inspiration: This murder appears to be based on one of the most notorious assassinations of the 20th century. In 1940, Soviet exile Leon Trotsky was living in hiding in Mexico City.

One afternoon in August, an avowed admirer Ramon Mercader paid a visit. Over his arm, despite the sunshine, he carried a raincoat.

Mercader waited for Trotsky to turn his back then pulled an ice pick from under his raincoat and plunged it in to his victim’s skull.

Unlike Isabel, Trotsky did not die instantly.

He bit his assassin’s hand, collapsed and died the next day. 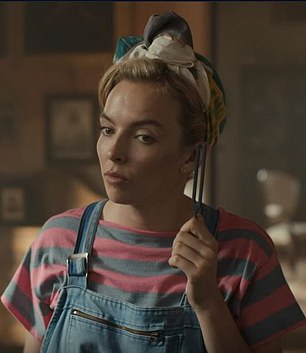 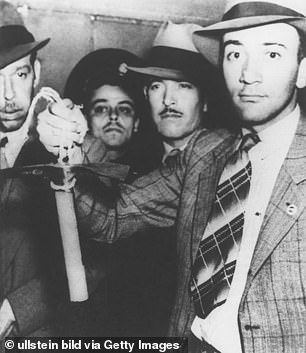