Kim Jong-un has released a propaganda video depicting North Korean missiles blowing up US aircraft carrier and a plane in response to Donald Trump’s perceived aggression.

The clip was released on Sunday by the state-run DPRK Today and shows the USS Carl Vinson going up in flames after a Pukguksong missile is launched.

It comes a day after US bombers and fighter escorts flew off the coast of North Korea in a show of force against its nuclear weapons program, escalating the already sky-high tensions.

Korea’s video brands the American President a ‘mad man’ and states any attack on the country would see US forces ‘head to the grave’. 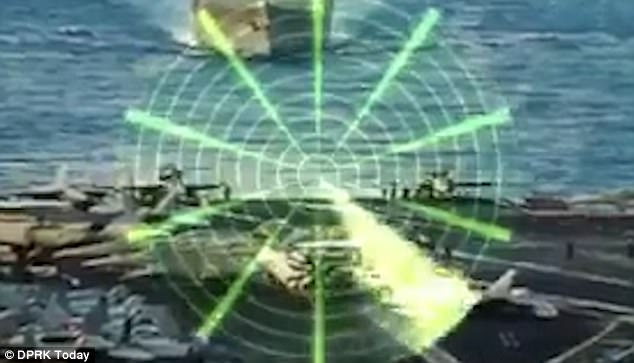 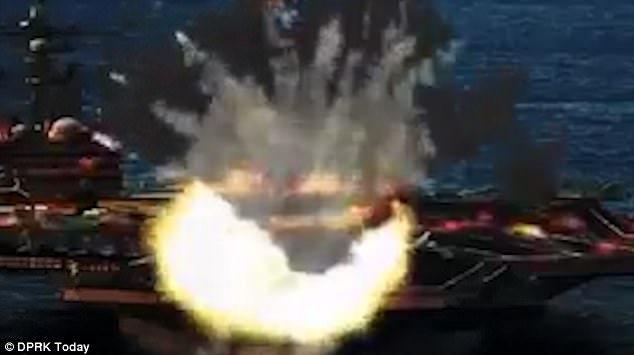 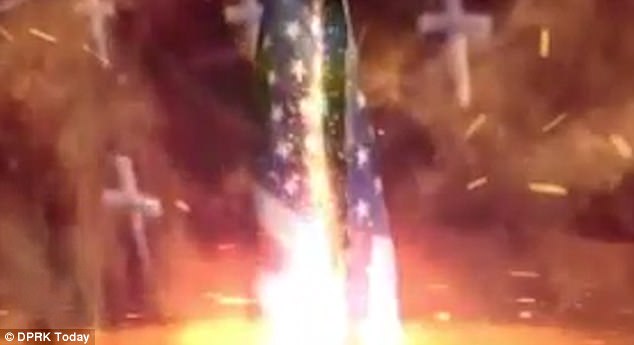 On Saturday the Air Force B-1B Lancer bombers, based in Guam, were accompanied by F-15C Eagle fighter escorts from Okinawa, Japan.

They flew over international waters off the east coast of North Korea.

Kim Jong-un’s dated computer-generated video then shows his missiles being fired skywards before an F-35 Raptor fighter jet and a nuclear-capable Lancer bomber are shown being engulfed in flames, according to the Telegraph.

Towards the end of the 89-second video, a missile is portrayed being launched from a submarine and destroying the USS Carl Vinson aircraft carrier.

The huge American vessel is head of the country’s Carrier Strike Group 1, which has conducted drills with the likes of the USS Ronald Reagan off the coast of North Korea in June.

The video ends with the US flag in flames and a sea of tombstones in the shape of crosses. 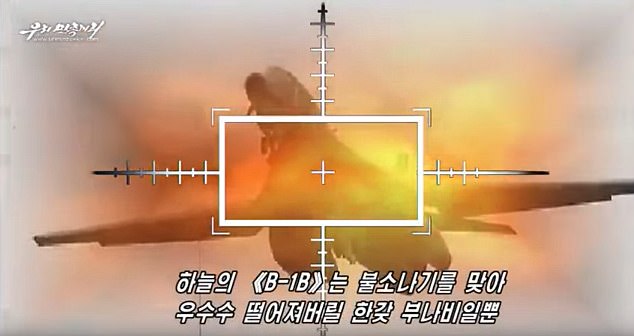 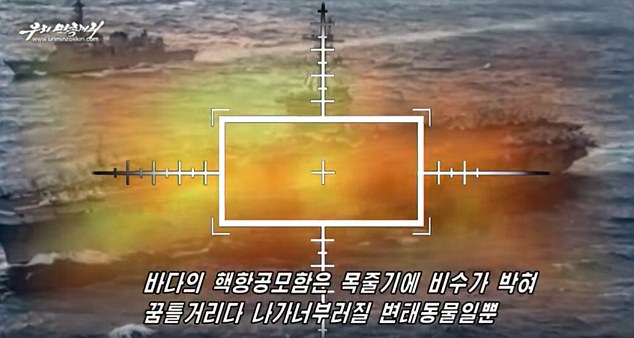 The female narrator says ‘a knife will be stabbed into the throat of the carrier, while the bomber will fall from the sky after getting hit by a hail of fire’

A female narrator gleefully exclaims over the shrill footage that the United States will perish if it ever thought that an attack on the communist state would result in victory. 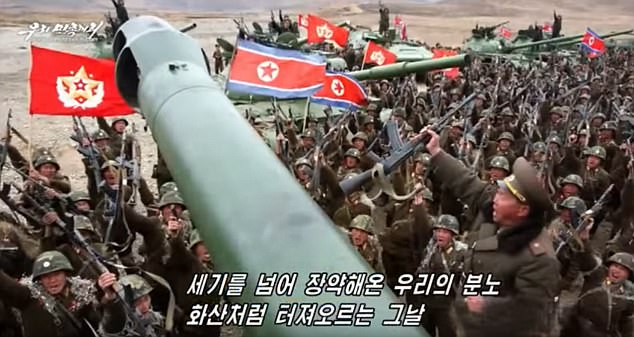 ‘A knife will be stabbed into the throat of the carrier, while the bomber will fall from the sky after getting hit by a hail of fire’ says the narrator according to Yonhap News Agency.

The video shows ‘Foal Eagle’ military drills with America and South Korea which have long angered the North Korean government according to Newsweek.

Uriminzokkiri, the YouTube page where the video was published, has hosted other controversial clips which depict North Korean troops bombing America.

In 2013 it published a video showing a North Korean man dreaming of missiles raining down upon Washington, D.C. and New York.