The U.S. and South Korea have begun annual anti-terror drills involving almost 70,000 troops near the border with North Korea, antagonizing Kim Jong-un’, who has threatened an ‘uncontrollable phase of nuclear war’.

The exercises, which are due to last for 11 days, normally prompt some form of weapons test by North Korea.

The Ulchi Freedom Guardian drills are largely computer-simulated war games held every summer and have drawn furious responses from North Korea, which views them as an invasion rehearsal. Pyongyang’s state media on Sunday called this year’s drills a ‘reckless’ move that could trigger the ‘uncontrollable phase of a nuclear war.’ 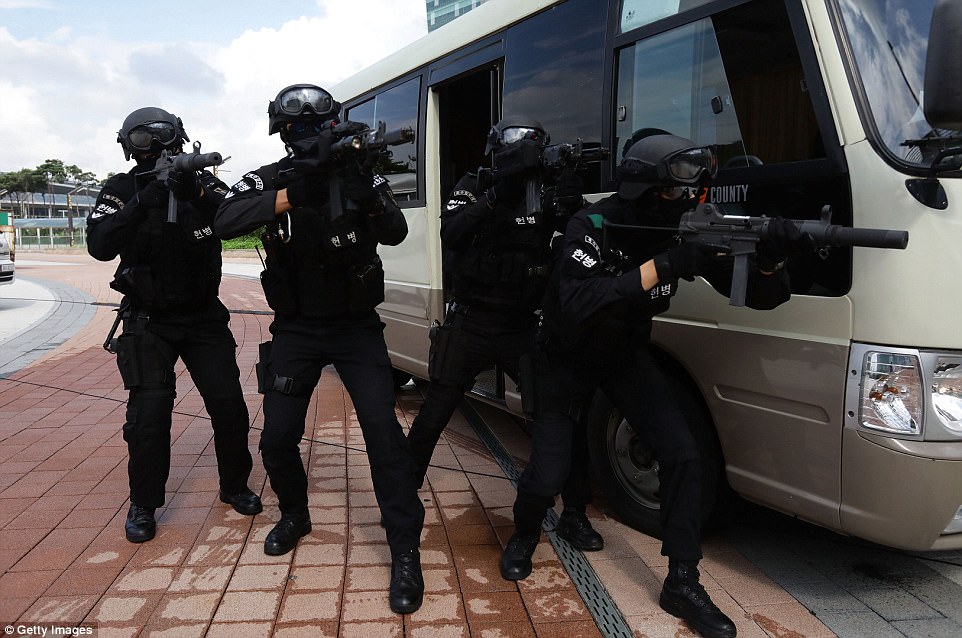 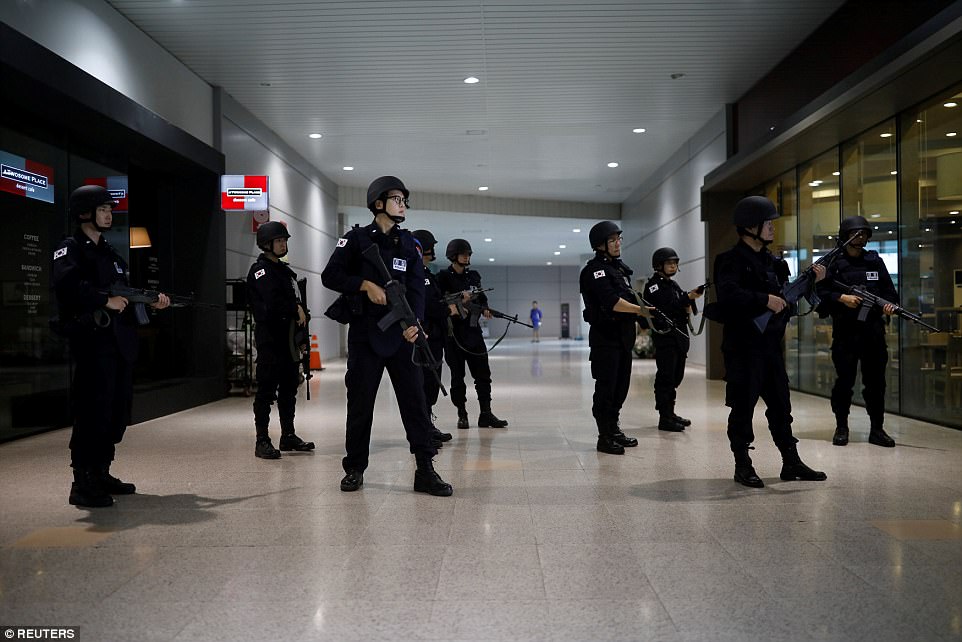 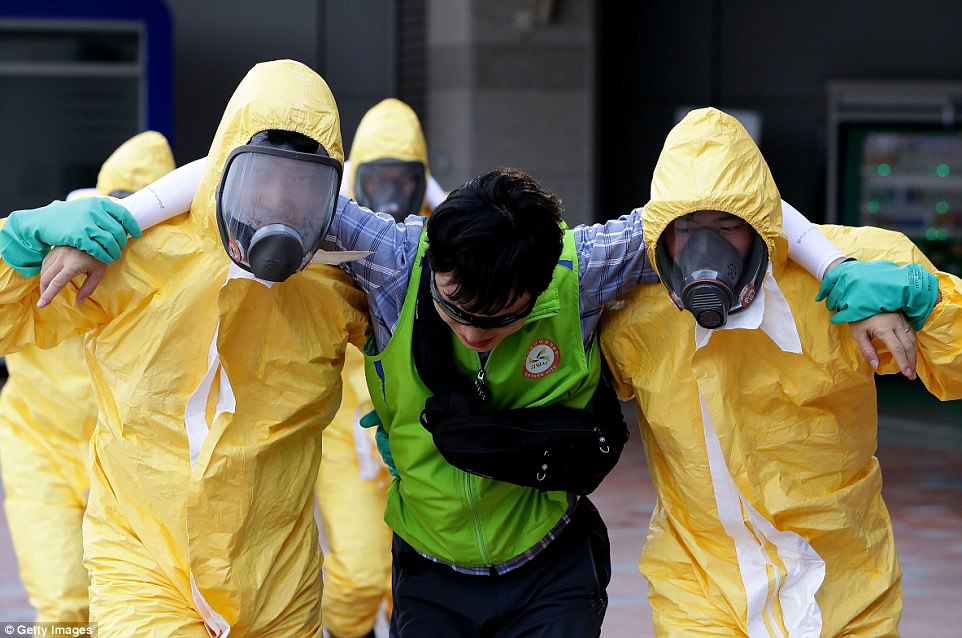 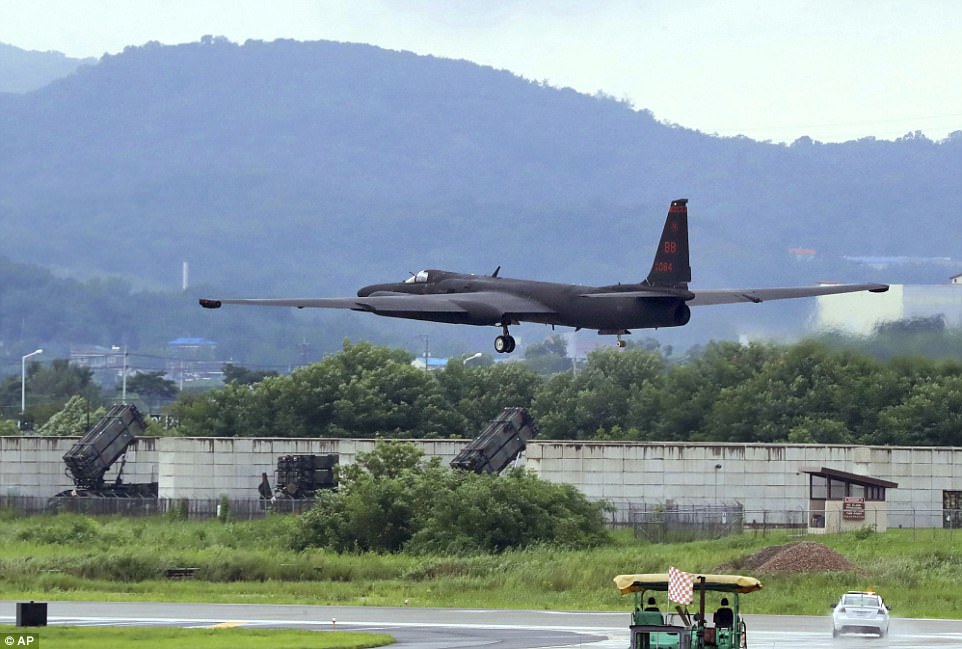 As the operation took place, a U-2 spy plane took off from Osan US air base in Pyeontaek in a mission

Despite the threat, U.S. and South Korean militaries launched this year’s 11-day training on Monday morning as scheduled. The exercise involves 17,500 American troops and 50,000 South Korean soldiers, according to the U.S. military command in South Korea and Seoul’s Defense Ministry.

No field training like live-fire exercises or tank maneuvering is involved in the Ulchi drills, in which alliance officers sit at computers to practice how they engage in battles and hone their decision-making capabilities. The allies have said the drills are defensive in nature.

South Korea’s President Moon Jae-in said Monday that North Korea must not use the drills as a pretext to launch fresh provocation, saying the training is held regularly because of repeated provocations by North Korea. 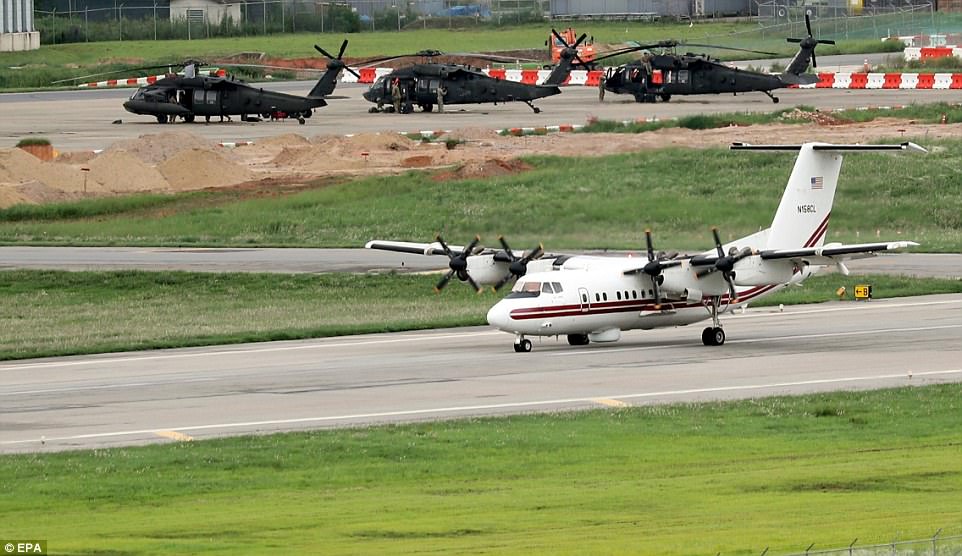 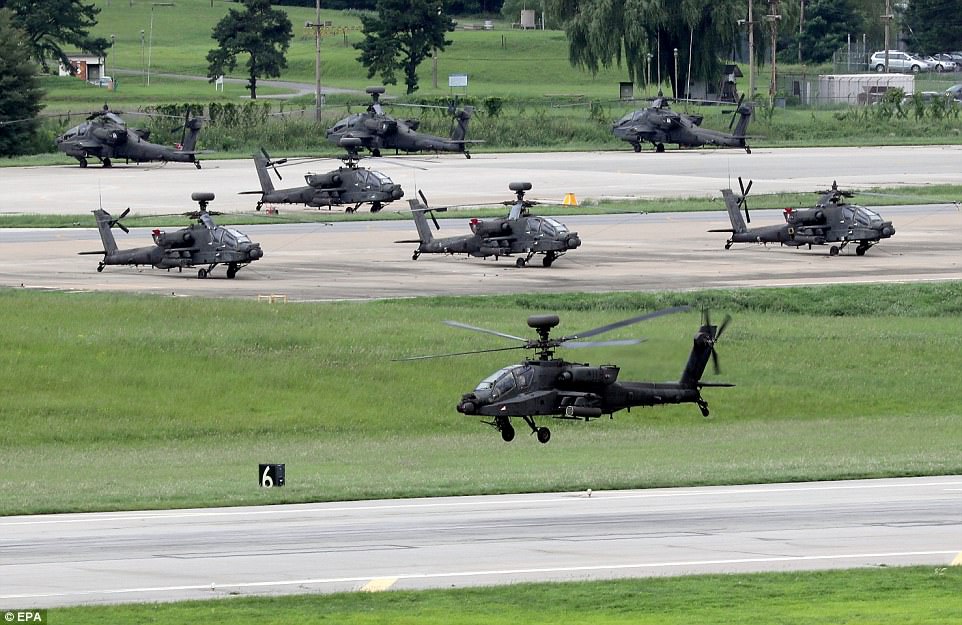 An Apache gunship took off from the air base in Pyeongtaek, south west of the South Korean capital of Seoul 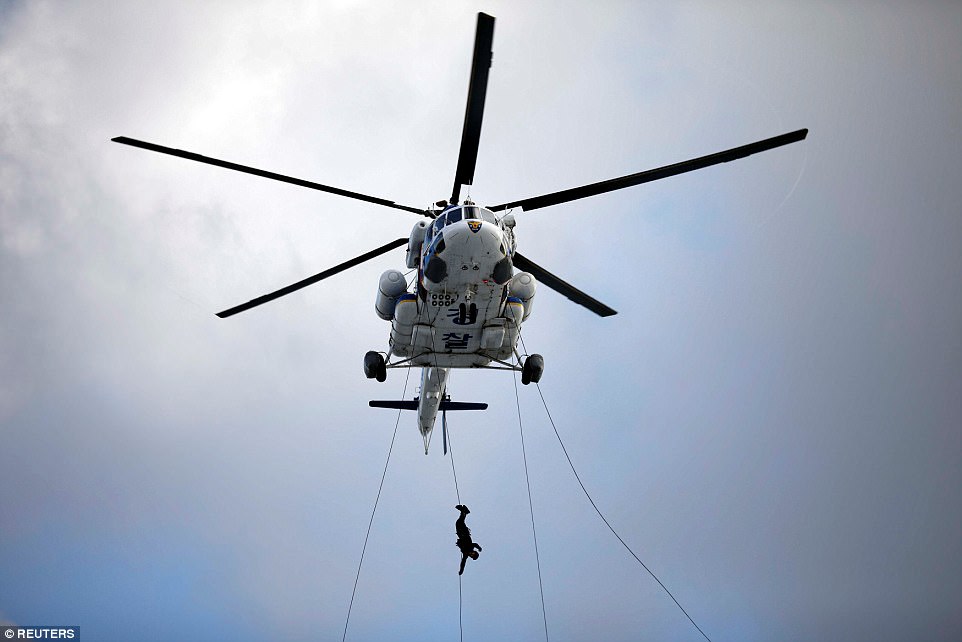 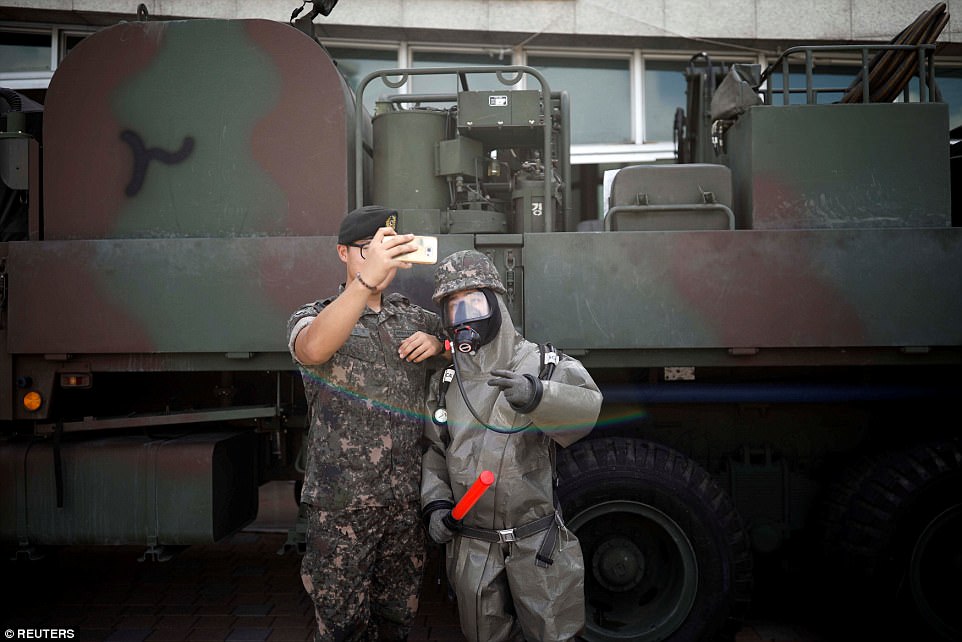 During last year’s Ulchi drills, North Korea test-fired a submarine-launched ballistic missile that flew about 310 miles in the longest flight by that type of weapon. Days after the drills, the North carried out its fifth and biggest nuclear test to date.

Last month North Korea test-launched two ICBMs at highly lofted angles, and outside experts say those missiles can reach some U.S. parts like Alaska, Los Angeles or Chicago if fired at normal, flattened trajectories. Analysts say it would be only a matter of time for the North to achieve its long-stated goal of acquiring a nuclear missile that can strike anywhere in the United States.

Earlier this month, President Donald Trump pledged to answer North Korean aggression with ‘fire and fury.’ North Korea, for its part, threatened to launch missiles toward the American territory of Guam before its leader Kim Jong Un backed off saying he would first watch how Washington acts before going ahead with the missile launch plans. 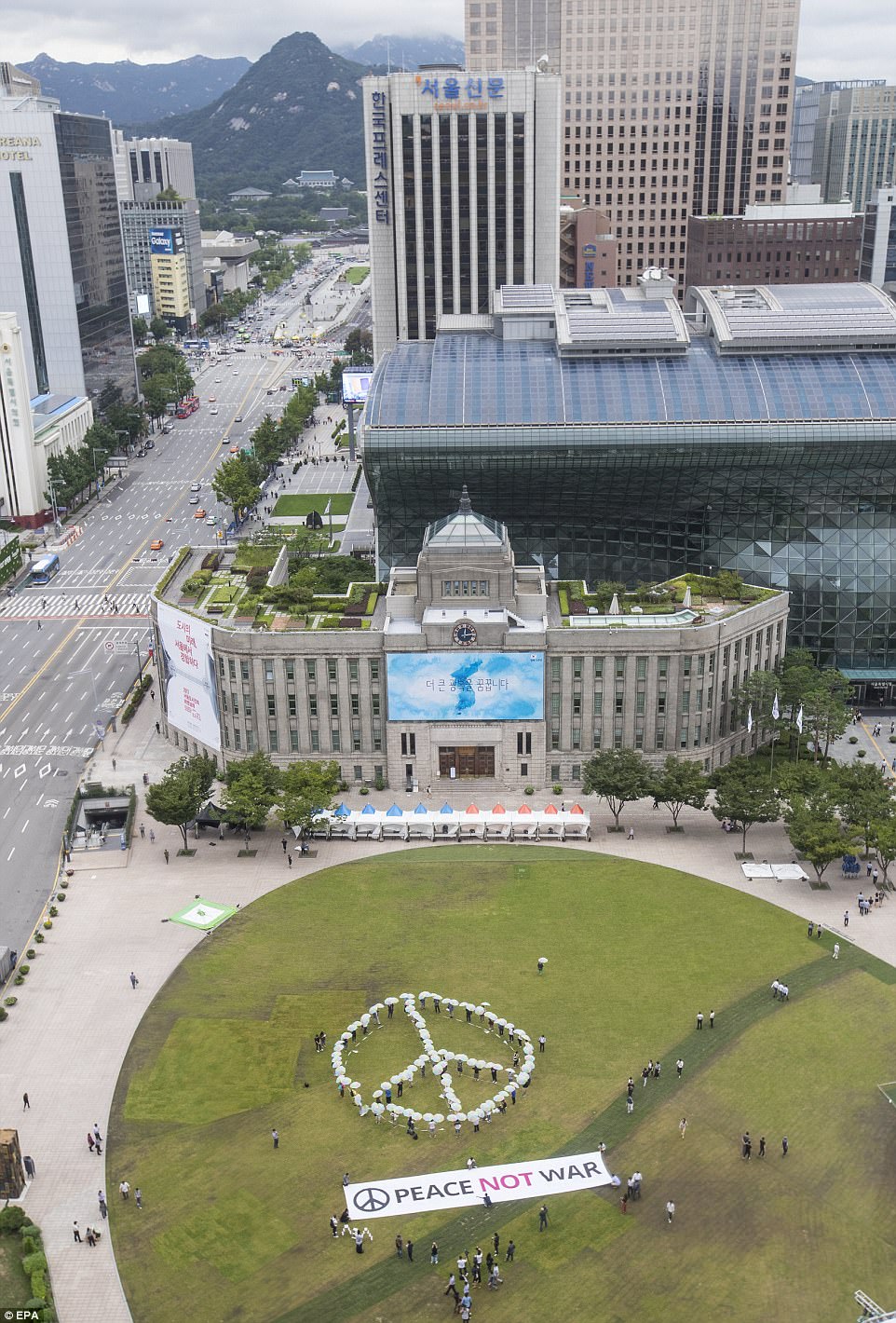 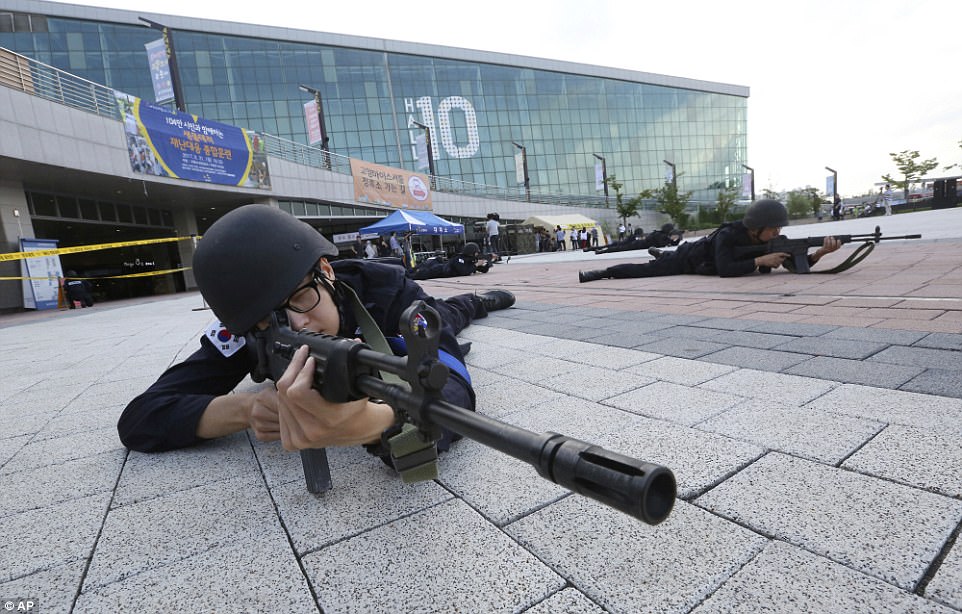 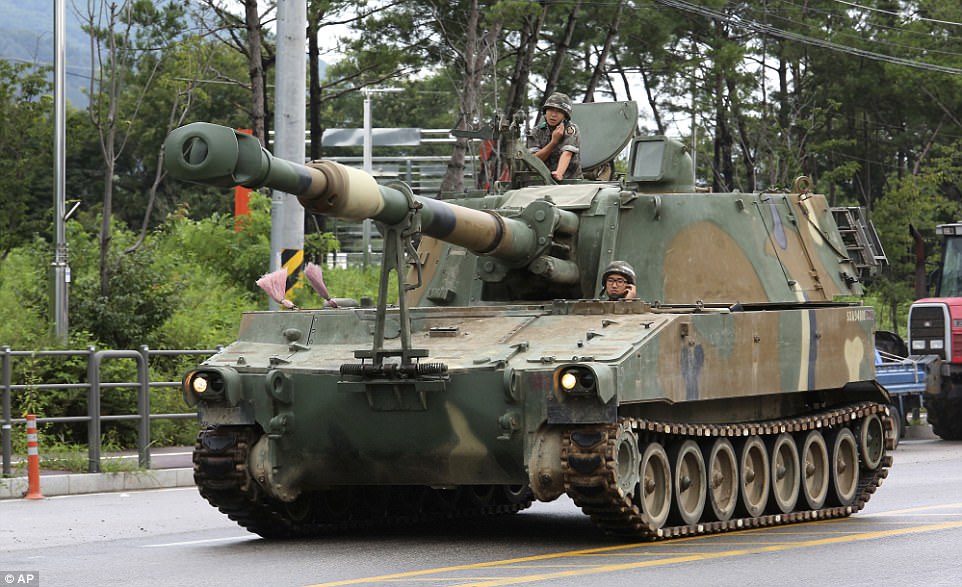 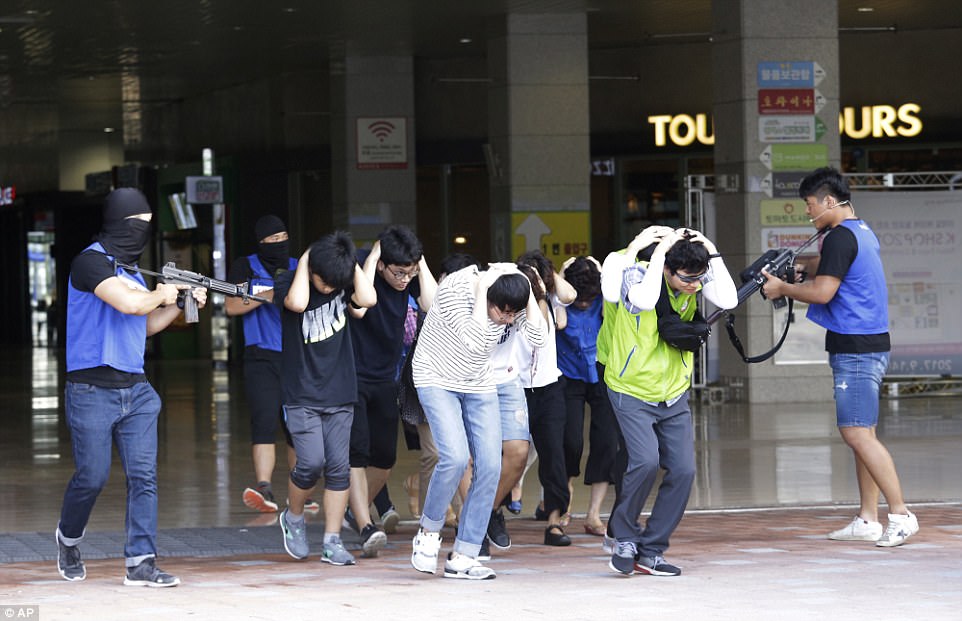 As part of the exercise, mock terrorists threatened supposed hostages at a shopping center in Goyang 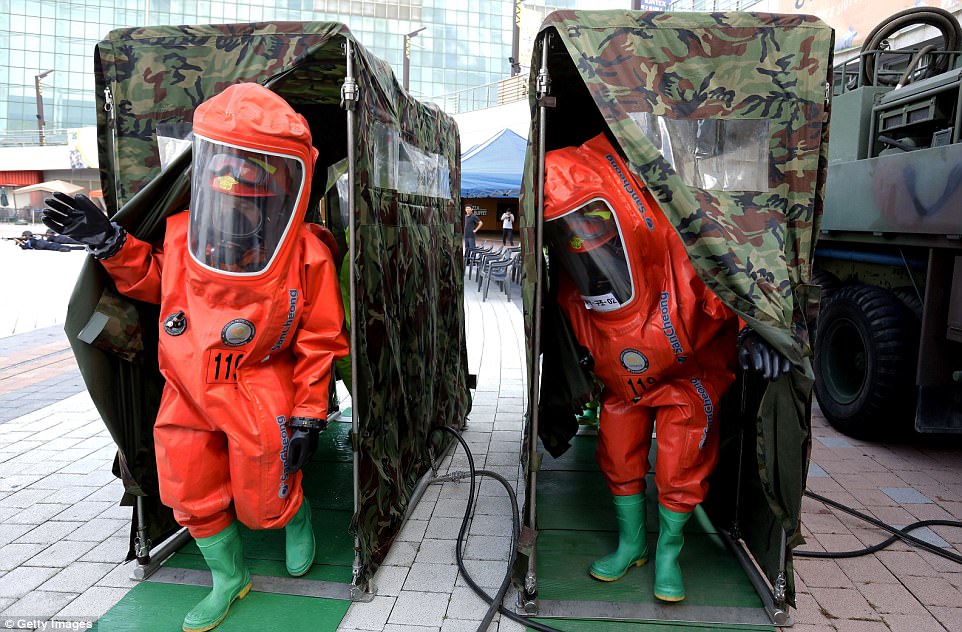