It looks like there’s no bad blood between the Kardashian clan and Kylie Jenner’s ex-boyfriend Tyga.

When Kim Kardashian bumped into the 28-year-old rapper at a concert on Sunday night the duo proved they were on friendly terms 18 months after he split from Kylie – who has now moved on with Travis Scott.

Standing behind Kim was Kardashian-Jenner matriarch Kris Jenner who also had a warm welcome for Tyga, smiling and giving him a big hug.

Hello old friend! Kim Kardashian had a friendly run-in with sister Kylie Jenner’s ex-boyfriend Tyga on Sunday evening at the Beyonce and Jay-Z concert in LA

The encounter took place at Beyonce and Jay-Z’s concert in Pasadena, California for their On The Run II tour on Sunday night where Kim enjoyed the night of entertainment with mom Kris, sister Kourtney and pal Larsa Pippen.

Kim and Kris both looked surprised but happy to see the Rack City hitmaker.

Kylie and Tyga dated on and off from 2014 when he broke off his engagement to Blac Chyna who he shares son Cairo, five, with.

The duo had been friends since 2011 when he performed at Kylie’s sister Kendall’s sweet 16 birthday party. 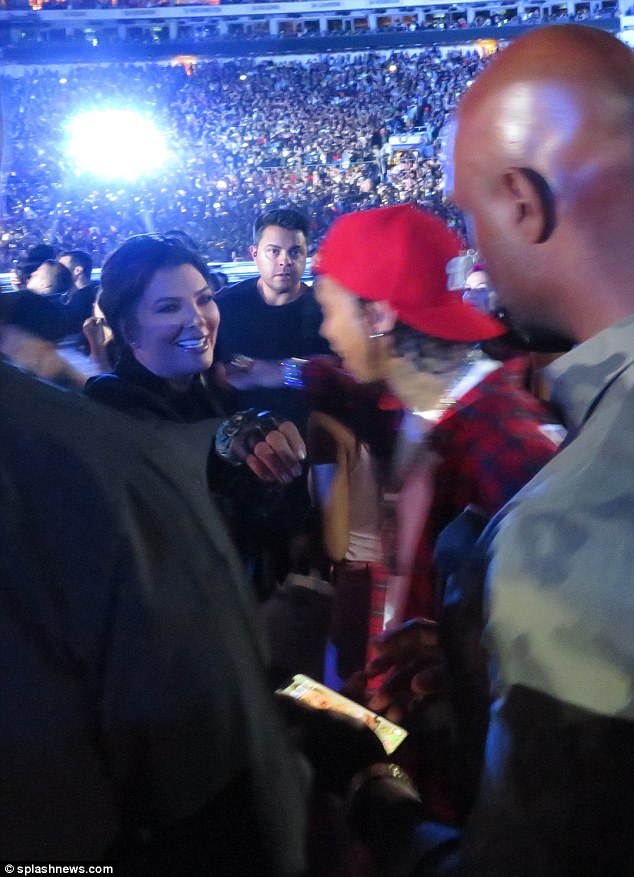 All smiles: Even Kylie’s mom Kris Jenner was there who welcomed the rapper with a hug 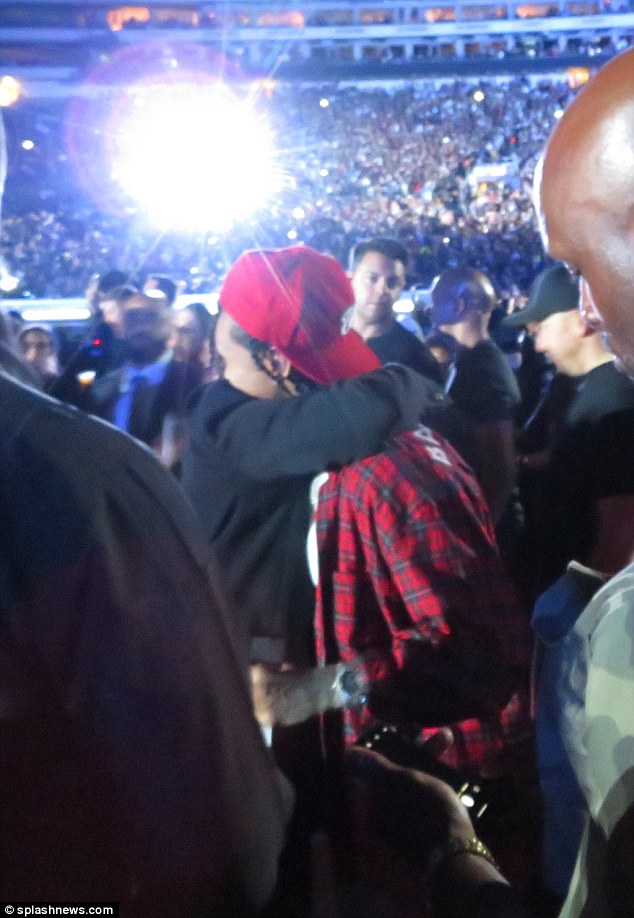 No bad blood: Kris, 62, gave Tyga a big hug in the middle of a crowd watching Bey and Jay perform in Pasadena

They split in early 2017 shortly before Kylie got together with baby daddy Travis Scott.

In February this year however, Tyga (born Micheal Ray Stevenson), revealed he still talked to Kylie, admitting they ‘communicate here and there’.

‘She has her new life, I have my new life and that’s it. There’s no bad blood, no problems.’

On her reality show last year Kylie revealed of their split that there ‘was absolutely not one thing wrong with me and T. He and I will always, always have a bond.’ 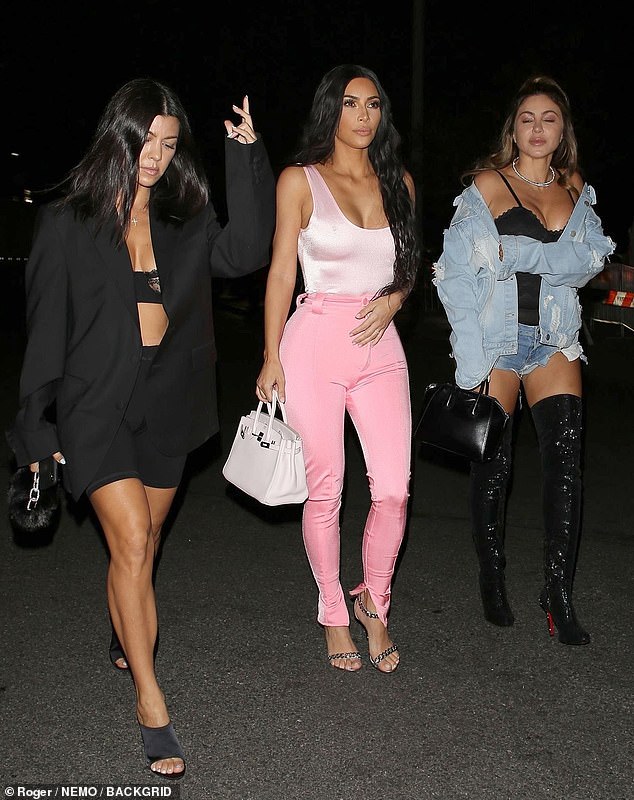 Family outing: Kim opted for pink as she was also joined by pal Larsa Pippen and sister Kourtney

‘There was no crazy fight, we just decided…Well, I decided that I’m really young. I don’t want to look back in five years from now and feel like he took something from me when he’s really not that type of person,’ she added.

Kim, 37, looked like she was having the time of her life as she sang along to some of Beyonce’s greatest hits alongside her family and friends.

Kim showed off her hourglass figure and ensured plenty of cleavage was on show as she slipped into a pale pink low-scoop vest, which made the most of her ample assets.

She tucked the pearlescent bodysuit into pink skintight lycra disco-pants and added a boost to her height with metallic chain sandals.

Styling her raven locks in crimped waves, the mother-of-three finished off her glamorous concert look with black eyeliner, blush-swept cheeks and a matte pink lip and a cream Hermes bag. 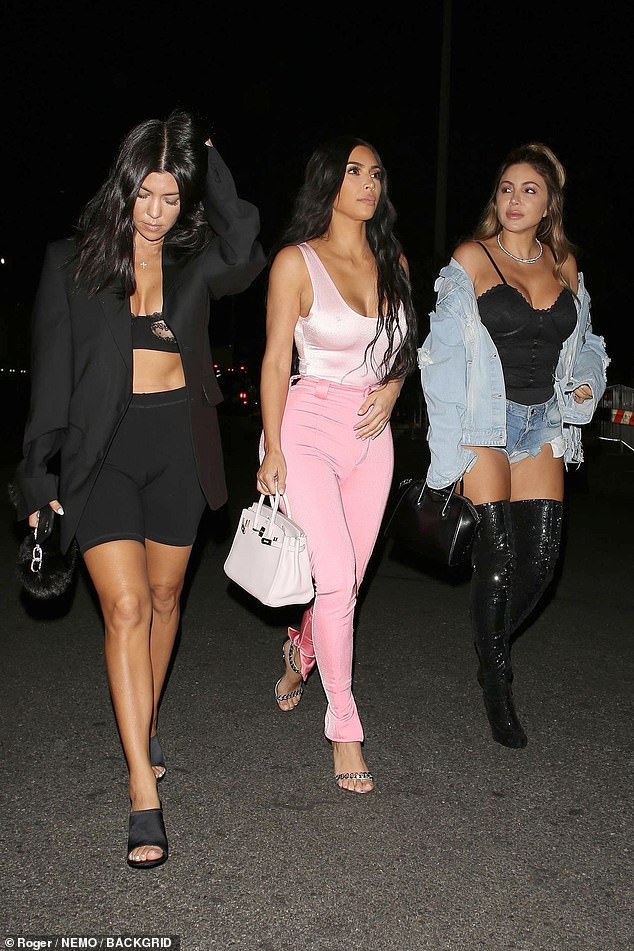 Killer curves: Kim showed off her hourglass figure and ensured plenty of cleavage was on show as she slipped into a pale pink low-scoop vest, which made the most of her ample assets 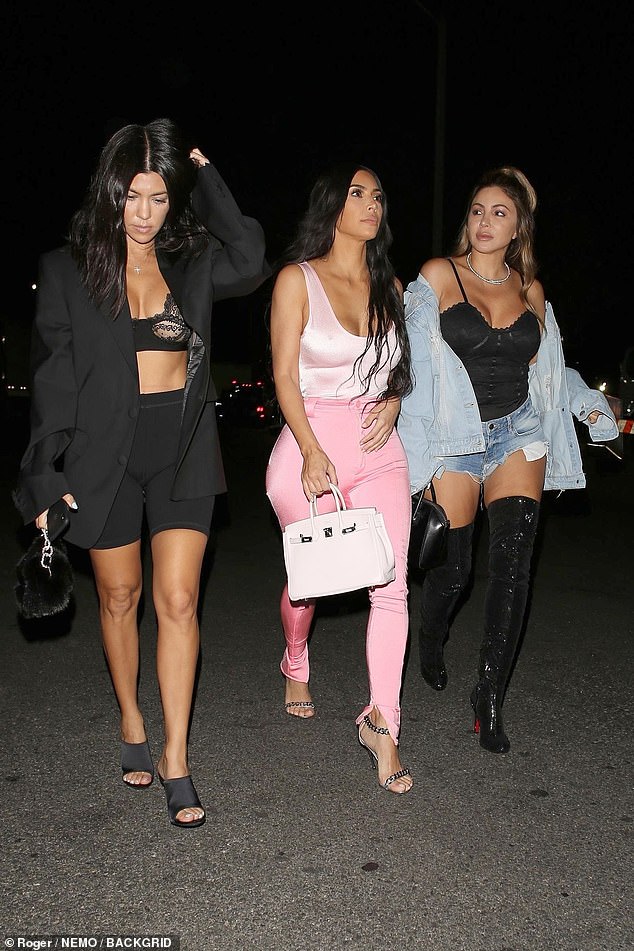 She complemented her all-black ensemble with a pair of satin mules and layered a oversized black blazer atop of her lingerie.

Toting a fluffy pom-pom clutch in her hand, the eldest Kardashian opted for a bronzed make-up look as she strutted to the venue. 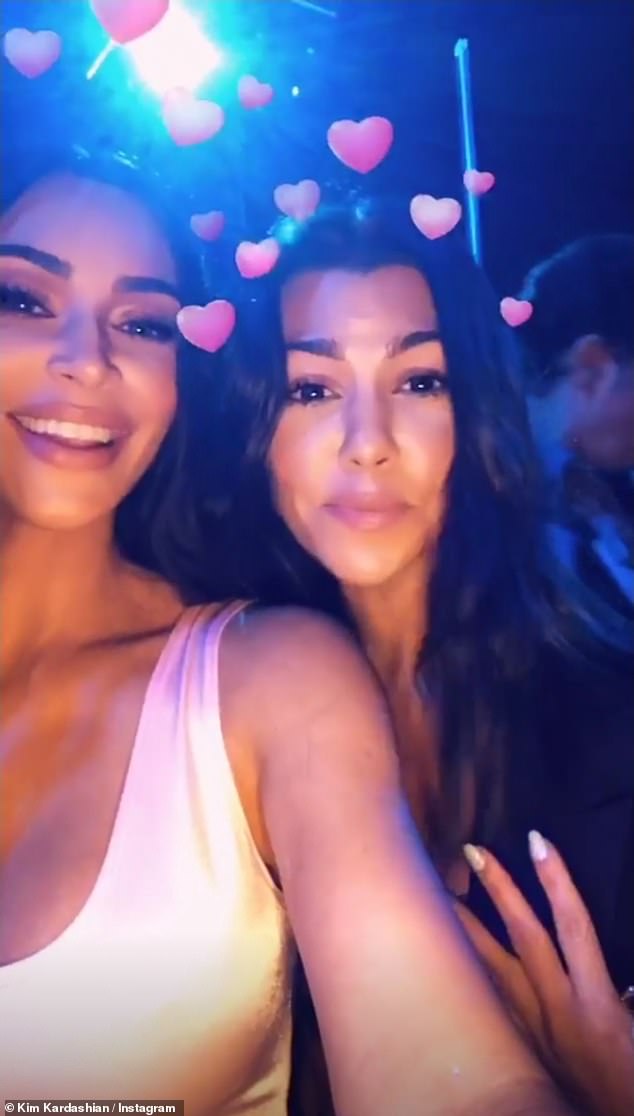 Diva: Kim grinned as she watched the Queen of Pop take to the stage for the second night at the Rose Bowl

Taking to Instagram, Kim shared a slew of clips of her dancing away to the songstress’ smash hit Drunk In Love.

Documenting her night, the television personality enjoyed a beverage with her pals and family before posting videos of her miming lyrics and showing off some of her sultry dance moves.

The beauty mogul, who said on this series of Keeping Up With The Kardashians she doesn’t dance, channeled her inner Beyonce as she seductively shimmied along to the songs. 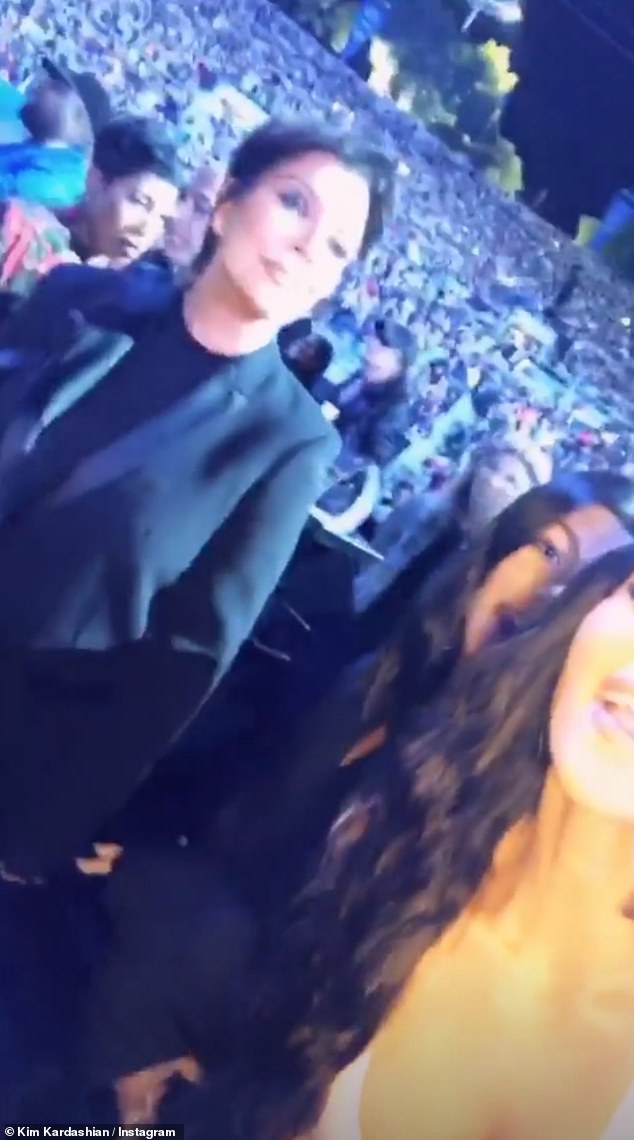 Best seats in the house: Kris and Kourtney also turned up the high-octane concert having front row tickets 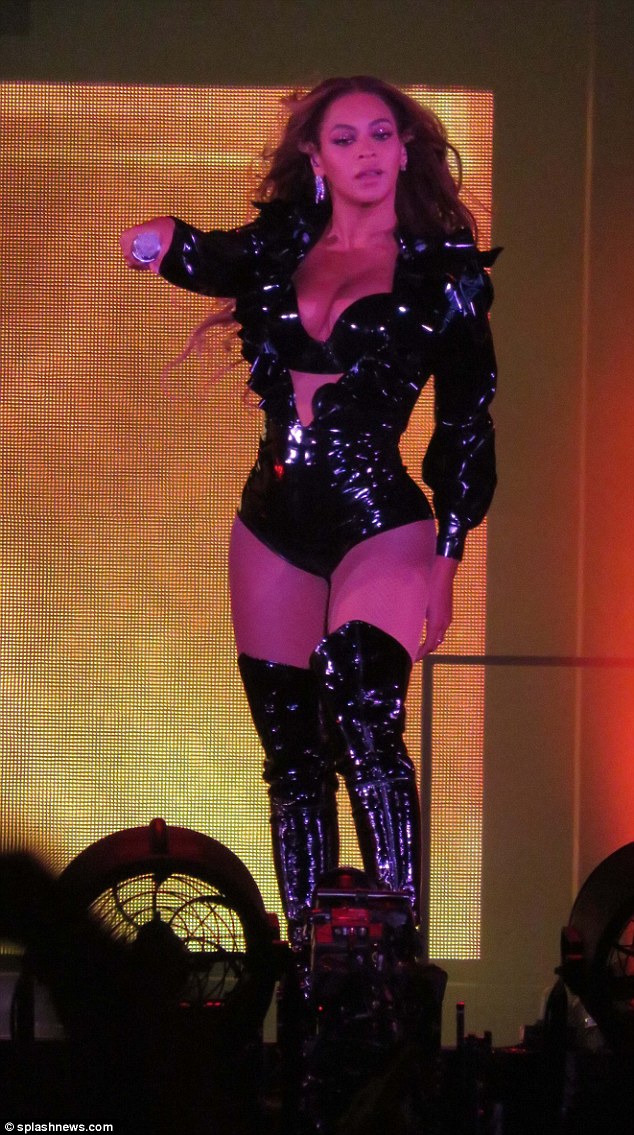 Born performer: Beyonce worked her magic on stage as she performed all her latest hits to the crowd