Kim Kardashian kisses her daughter Chicago as she cuddles with her children by the pool in her yellow bikini: ‘Mom life on vacay!’

Kim Kardashian enjoyed a sun-soaked cuddle session with her children as she laid out by the pool on Thursday.

The reality star, 40, posted a slew of snaps of herself resting beneath the sunshine in a yellow bikini, as her children climbed on top of her.

‘Mom life on vacay!’ Kim Kardashian enjoyed a sun-soaked cuddle session with her children as she laid out by the pool on Thursday

Kim gave her her daughter Chicago, three, a kiss as her son Saint, five, sat at her feet at the foot of the lounge chair.

Her youngest child, nearly two-year-old Psalm, roamed about the length of the chair.

The picturesque setting the family founded themselves in included a pool, a myriad of windswept palm trees, and the ocean in close proximity.

It’s not clear where exactly the Kardashians are, but Kim posted several envy-inducing snaps of her tropical location to her Instagram Stories. 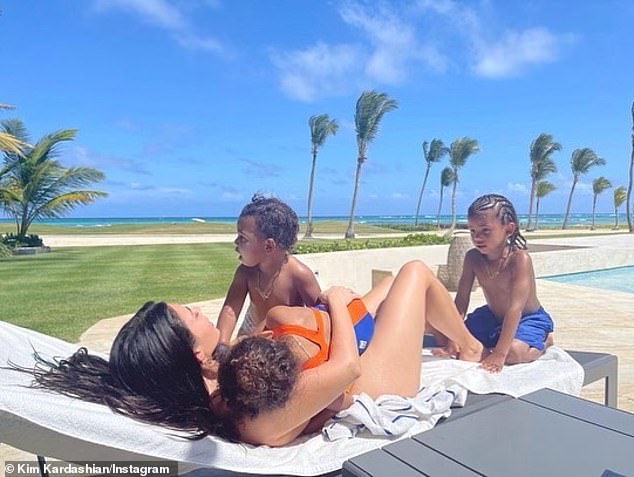 Mommy and me: Chicago laid in her mother’s arms as her brothers sat close by 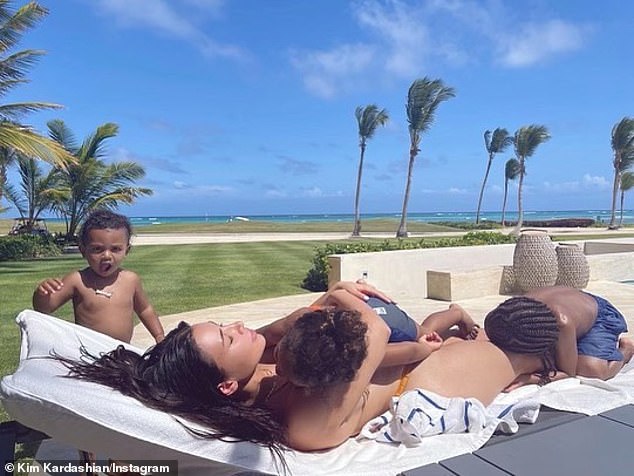 Aww: Saint hugged his mother’s legs as Psalm made his way to the head of the chair

Videos showcased the jaw-dropping beaches Kim was frolicking upon, the peaceful waves, and turquoise blue water.

Understandably, Kim is not in a hurry to return to Los Angeles. 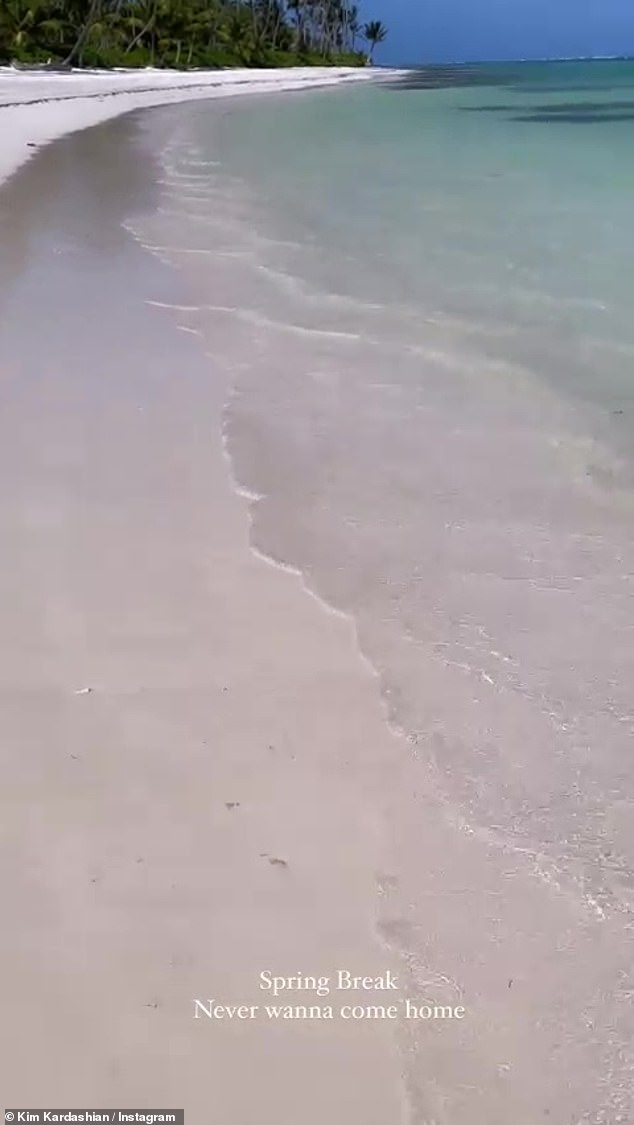 Paradise: It’s not clear where exactly the Kardashians have gone off to this time, but Kim posted a slew of snaps showing off the gorgeous scenery to her IG Stories

Not only is Kim taking a break from the hustle and bustle of her everyday life, but from her on-going divorce with estranged husband Kanye West.

The KUWTK star made it official with her divorce filing in February, and the two are reportedly planning to split custody of the children.

The attorney also represented her when ending her second marriage to husband Kris Humphries, which lasted only 72 days.

According to TMZ, Kim may get to hold on to the family’s Hidden Hills home so as not to uproot the children. 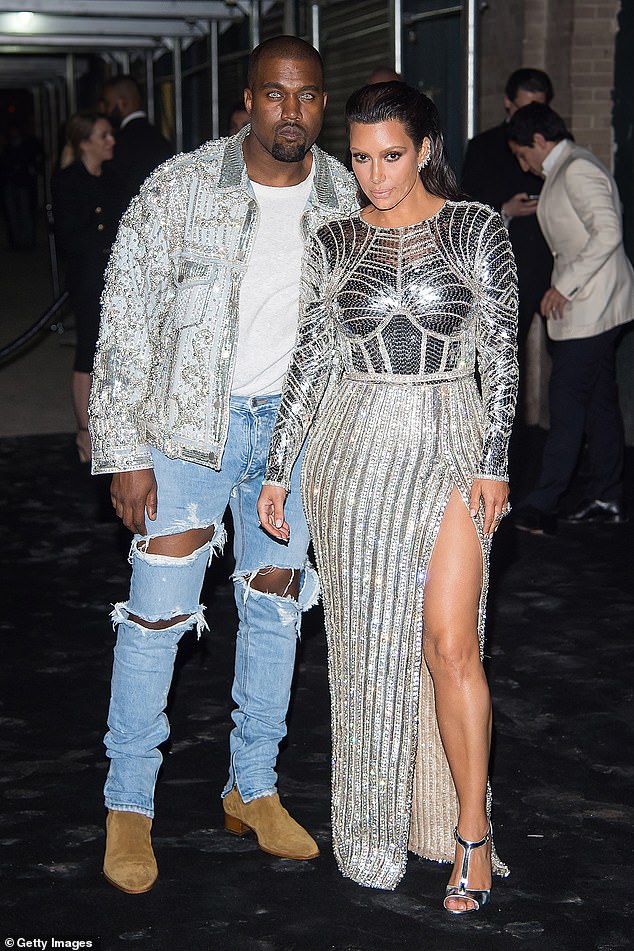