She’s spent the week soaking up the sights of Rome.

And Kim Kardashian looked ready to take on another day of exploring the city as she posed for a sultry topless snap in her hotel room on Thursday.

The 40-year-old TV personality exuded glamour in the snap as she gazed seductively down the lens with just her bed sheets protecting her modesty.

Good morning! Kim Kardashian looked ready to take on another day of exploring the city as she posed for a sultry topless snap in the bed of her hotel room on Thursday

The lazy morning comes after Kim enjoyed a late night stroll after dinner to see the Trevi Fountain. 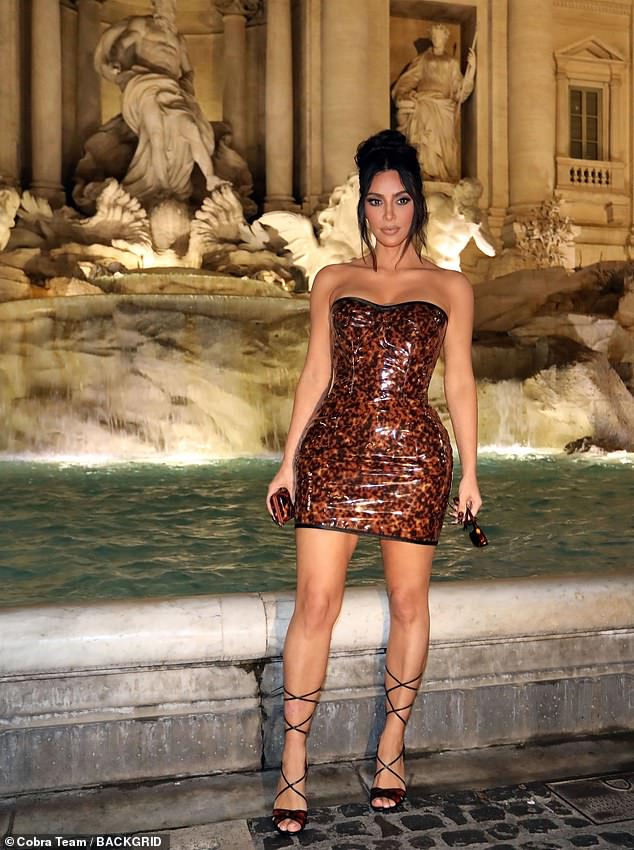 Morning after the night before: The lazy morning comes after Kim enjoyed a late night stroll after dinner to see the Trevi Fountain

Kim looked phenomenal as she put on a leggy display and flaunted her cleavage in a PVC leopard print dress.

The reality star teamed the thigh-skimming dress with strappy black heels and carried a tiny matching clutch bag and sunglasses with her.

Earlier in the week, Kim flouted the Vatican’s strict dress code as she paid a visit to the headquarters of the Roman Catholic Church alongside supermodel Kate Moss.

Kim also uploaded several shots she had taken while visiting the Vatican on Monday.

The back-to-back images showcased the Vatican’s stunning architecture and design, as well as several notable artifacts and items displayed around the spacious place of worship.

Kim, having Armenian roots on her father Robert’s side, highlighted a ‘gift from Armenia’ to the Vatican, which was a gold necklace and matching diamond pendant displayed behind glass.

Although she appeared excited to be visiting the Vatican on Monday, Kim failed to adhere to the church’s strict dress code by wearing a sexy lace dress which didn’t cover her shoulders and had cut-out sections throughout her mid-section. 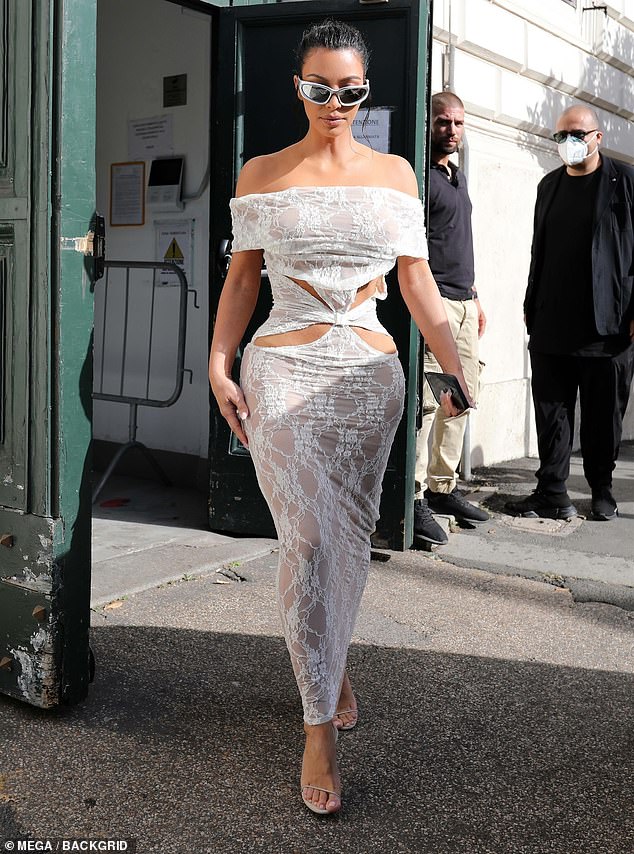 Oops! It comes after she flouted the Vatican’s strict dress code as she paid a visit to the headquarters of the Roman Catholic Church alongside Kate Moss earlier this week

There is a basic dress code that both men and women must adhere to when visiting the Vatican city, particularly St. Peter’s Basilica and/or the Vatican museums (including the Sistine Chapel).

Visitors must cover their knees and upper arms, while they are prohibited from wearing shorts or skirts above the knee, sleeveless tops, and low-cut shirts.

Men must also remove their hats when entering, though women are permitted to remain wearing theirs.

Shoulders must also be covered and visitors may be turned away or advised to cover up with a shawl.

While she may have flouted the dress code in the city, she did cover up with a leather jacket while visiting the Basilica. 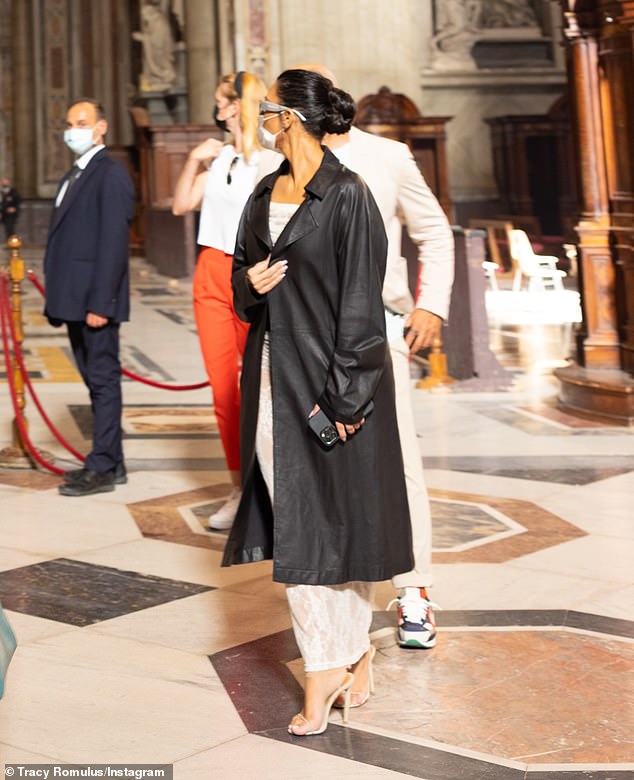 Under wraps: While Kim had wowed in a flesh flashing white lace dress for her visit to the Vatican, she covered up with a leather trench coat inside to adhere to the dress code