On Friday, Kim Kardashian posted a sweet snap of her two-year-old wearing a Kanye West mask.

‘Guess who,’ read the 37-year-old’s caption of her little boy holding the lifelike mask.

Like father, like son! On Friday, Kim Kardashian posted a sweet snap of her two-year-old son Saint wearing a Kanye West mask

Standing at the foot of a staircase, Saint wore a Marlington Dukes T-shirt and shorts as he held up the mask.

Kim and Kanye married in 2014 and together have daughters North, five, Chicago, eight months, and son Saint.

Recently Kanye landed in the news again after announcing plans to move to Chicago before posting several video rants directed at Nick Cannon, Drake, and Tyson Beckford for issues involving Kim on Instagram.

Kanye’s behavior has reportedly left Kim feeling overwhelmed, and explaining the latest updates in their lives has been exhausting for her, a source recently told People. 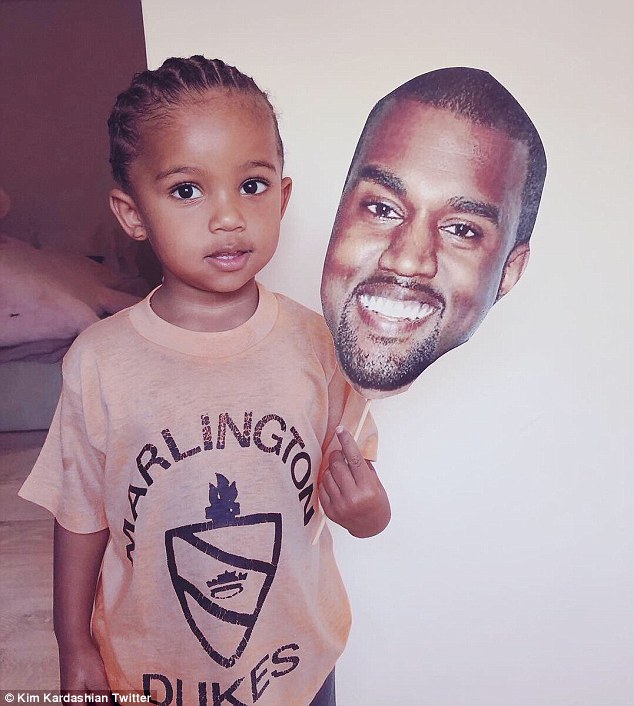 Oh boy! Standing at the foot of a staircase, Saint wore a Marlington Dukes T-shirt and shorts as he held up the mask

‘Kanye has always been like this. He has a million things on his mind that he wants to accomplish and create. Although one can see it as being very passionate, it can still be overwhelming for Kim,’ said the source.

‘She doesn’t necessarily love when people now keep asking her if she is moving to Chicago and she has to explain to everyone what’s going on. It can be exhausting,’ the source said.

In a video obtained by TMZ, Yeezy told the crowd at an event in Chicago: ‘I’ve got to let you all know, that I’m moving back to Chicago.’ 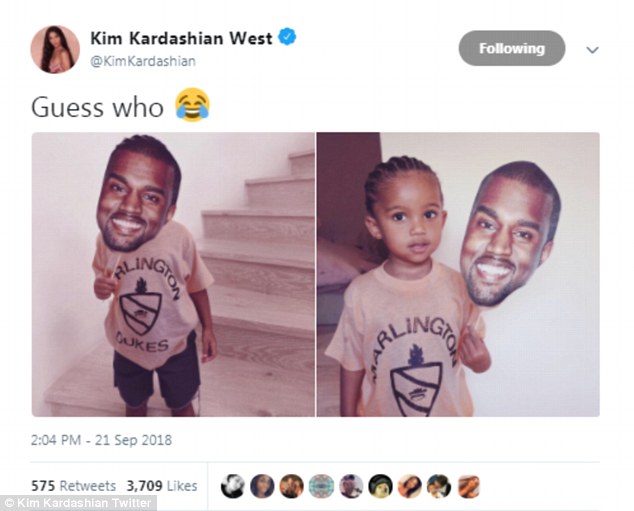 Hilarious: Kim had a laugh as she posted the cute pictures onto Twitter

The Pablo rapper wasn’t just paying lip service to the local fans either, TMZ has also reported that sources said the West’s have already found a home and that Ye will move his Yeezy offices from Calabasas to the Illinois city.

Kim reportedly isn’t convinced the move to Chicago will occur, but if it does, she isn’t worried about it, considering their relationship has gone through long distances before.

But the move was just the latest thing to land Kanye in the headlines this week.

The rapper also released his Instagram rants directed at Drake, Tyson, and Nick.

‘It’s happening again’, the source added. ‘Late night texts, and he’s all over the place. He’s not sleeping a lot at night, just a few hours per night, and he’s go go go. But he’s not making a lot of sense.’

The source indicated Kanye’s mind has been changing with more frequency following the news of his father, who was reportedly diagnosed with prostate cancer.

The presence of his family has been helpful for Kanye, adds the source, who said that while Kim does not agree with everything her husband says, ‘they always have each other’s backs.’ 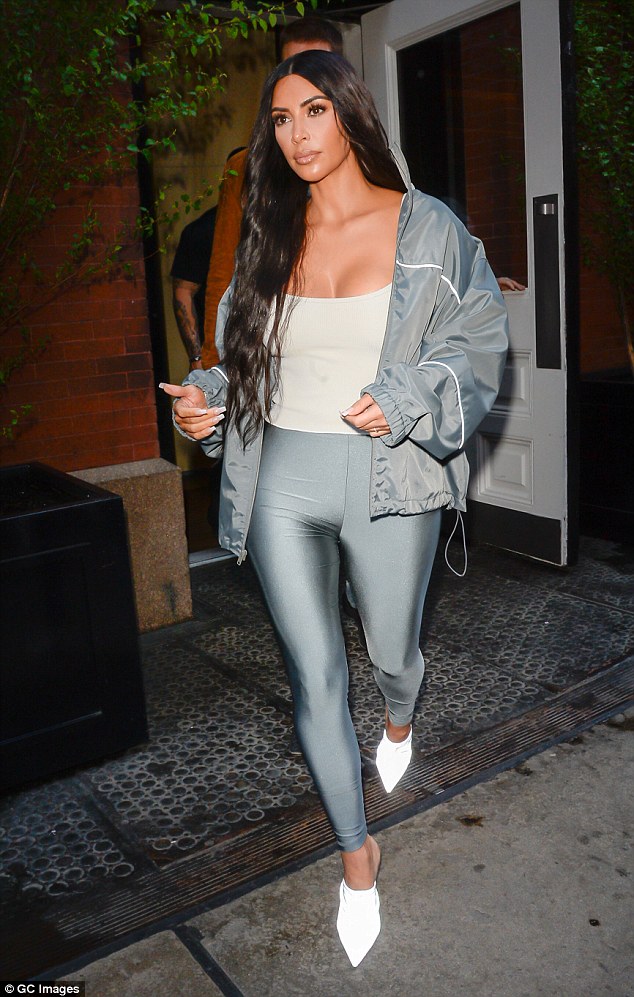 ‘She isn’t concerned about this’: Kim reportedly isn’t convinced the move to Chicago will occur, but if it does, she isn’t worried about it (pictured May 2018)