Kim Kardashian’s daughter, North West, is teaming up with teen sensation, JoJo Siwa, to star in a YouTube video together.

The idea was sparked, in part, because North has been a huge fan of the 15-year old singer and dancer, who’s known for wearing large colorful bows in her hair.

Joining forces: Jojo Siwa is teaming up with North West to film a new YouTube video

The 15-year old star was more than excited when she saw the initial tweet from Kim K.

‘Omg!! Yesss I love it!’ Siwa gushed in her reply, and then promised to send North a bunch of her merchandise in the mail.

‘I wanna send her some special ones!! DM me!’ 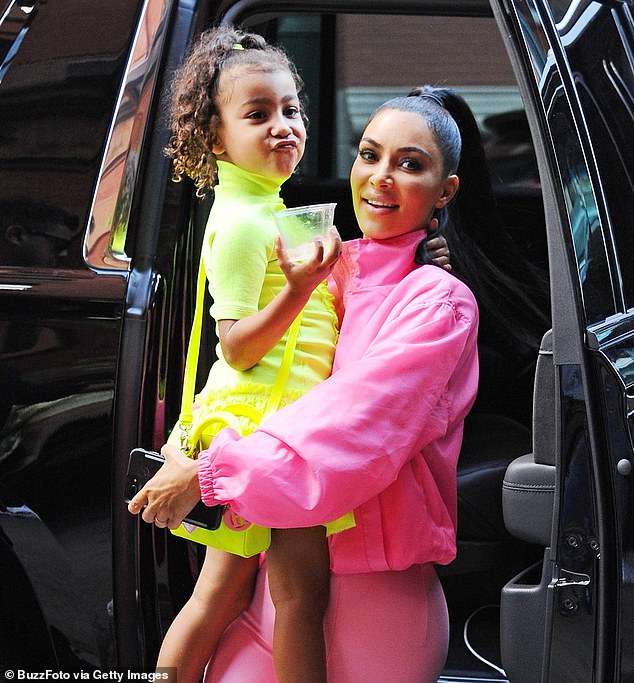 Disclosure: Kim revealed her daughter North is a big fan of Jojo

Cute: The reality star gushed about North’s fandom on Twitter 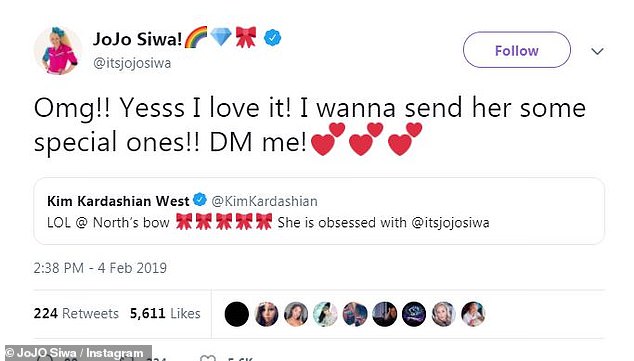 Over the moon: The teen sensation was overjoyed that North was her fan

Since sending out the merch, Jojo says she and Kim have become fast friends and text each other about five times a day, according to E! News.

‘I was like, if she ever wants to do a video or you want me to come surprise her, I would love to do anything fun. Here’s my number. Text me,’ JoJo said about one particular communication with Kim.

The original idea was for the video to be shot at the Kardashian home. But it turns out North really wants to see Jojo’s house, so they agreed to switch locations. 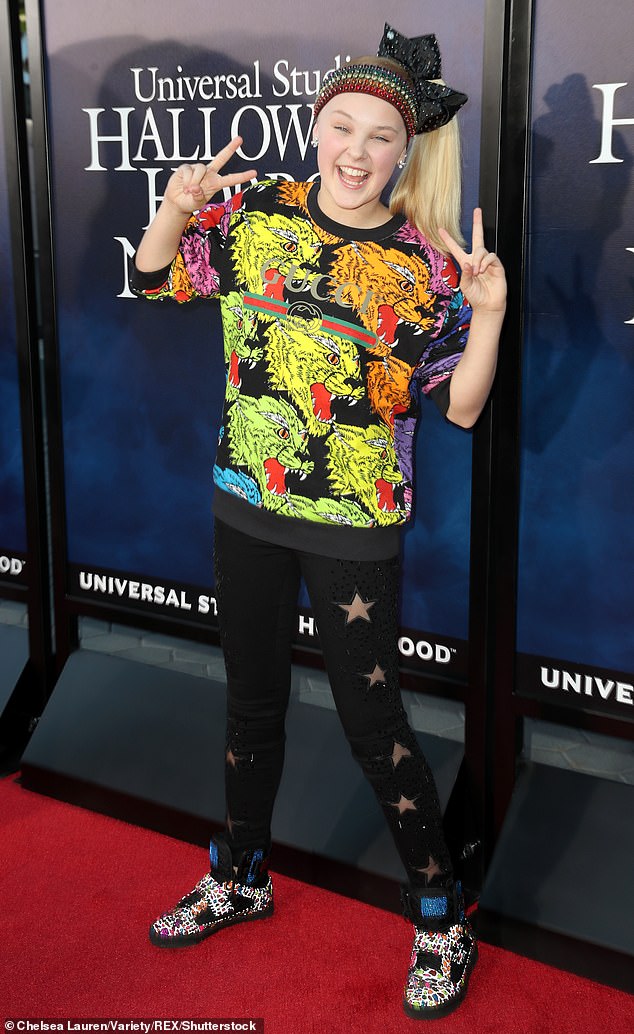 Adormable: Jojo, 15, agreed to shoot the video at her house because North wanted to see where she lives

Kim also revealed on social media that North was able to chat with her idol on the phone.

‘North just FaceTimed @itsjojosiwa and her life is made!!!!!!’ along with three red bow emojis.

‘That was the cutest thing ever seeing North soooo excited! Especially when she saw her dog bowbow.’

JoJo is a YouTube personality who first got recognition for her appearances on Abby’s Ultimate Dance Competition and Dance Moms, along with mother, Jessalynn Siwa.

North and Jojo are scheduled to film March 27, and there’s word Kim may even make an appearance in it.