A 42-year-old mother who struggled with her fluctuating frame for most of her life has dramatically dropped seven dress sizes.

Kim Wearden lived off an unhealthy diet that saw her overindulge on a whole block of chocolate or take away foods – and her favourite go-to snack was deep fried chips.

As her weight spiralled out of control, the Sydney woman tipped the scales at 121.6kg at her heaviest.

But determined to get on top of her weight once and for all, she shed an incredible 54.2kg in 14 months without going to the gym.

Speaking to Daily Mail Australia, Kim – who now looks unrecognisable – revealed how she made the drastic lifestyle overhaul that saw her go from a size 22 to an eight. 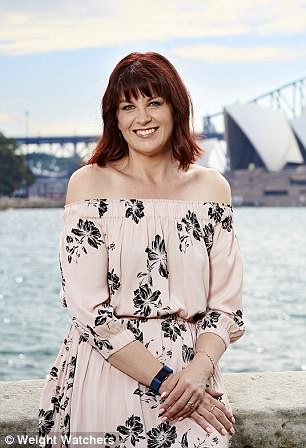 Before and after: Kim Wearden tipped the scales at 121.6kg at her heaviest. But determined to get on top of her weight once and for all, she shed an incredible 54.2kg within 14 months 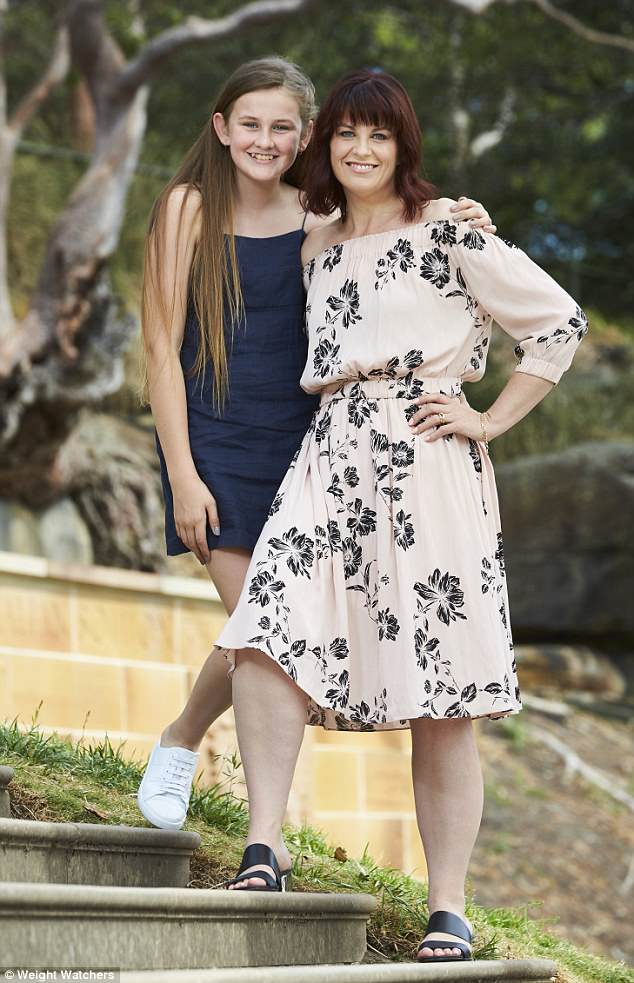 ‘I lost most of my weight without formal exercise. I didn’t have a gym membership – it was incidental activity. I was moving more and eating better,’ she said.

Before embarking on her weight loss journey, the working mother said she hardly attempted any fitness due to her busy schedule.

‘We lead a fairly busy life but it was quite sedentary for me,’ she said.

‘I wasn’t really active in a physical sense – my work has me in front of a computer most of the time and I would avoid exercise like the plague.’

Kim explained how she found comfort in food.

‘I associated eating with feeling good, so I was an emotional eater for sure. And I always chose the wrong things as far as snacks were concerned,’ she said.

‘My meals were always good and healthy when I cooked but portion control was out of whack and we ate too much take away or convenience foods.’ 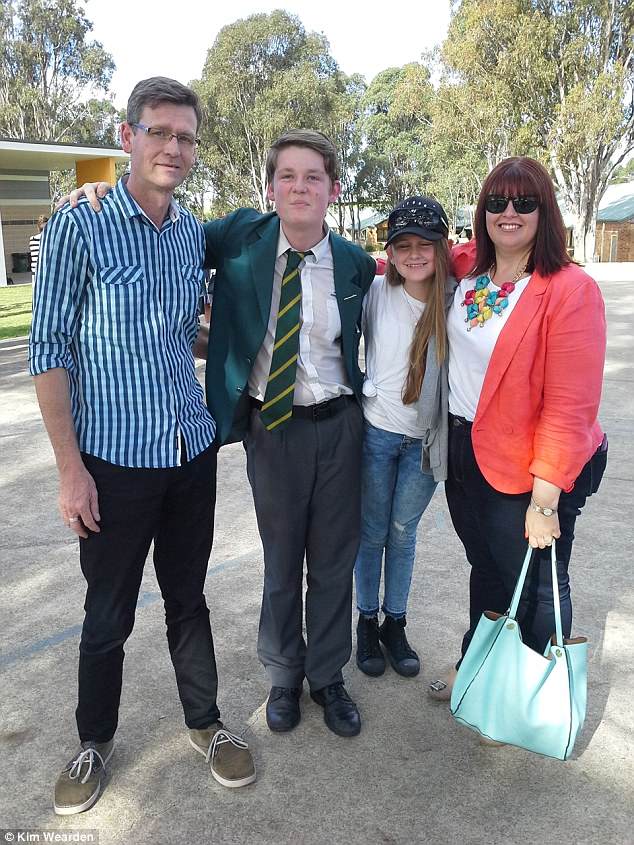 Before embarking on her weight loss journey, the working mother (pictured with her family) said she hardly attempted any exercise due to her busy schedule

MORNING SNACK: Either a healthy bar or a piece of fresh fruit

LUNCH: Ham and lettuce Sandwich or a salad

DINNER: I enjoy Mediterranean style vegetables baked in the oven with chicken tenderloins on top. I’ll sprinkle them with mixed herbs and olive oil, for a low, yummy, filling dish.

AFTER DINNER SNACK: Fresh Medjool dates with a little protein peanut butter and a few pretzels

Growing up, Kim said she also struggled with her weight as a child.

‘Even as a young child, I was considered big for my age,’ she said.

‘Like a lot of families, we were given food treats when we were growing up. I’d go shopping with Mum and she’d always buy me a cake or sweet treat.

‘­There are photos of me in primary school and I was big even then. In fact, almost all the women in my family have struggled with their weight.

‘Grandparents on both sides of my family were overweight. It’s part genetics and part learned behaviours.’ 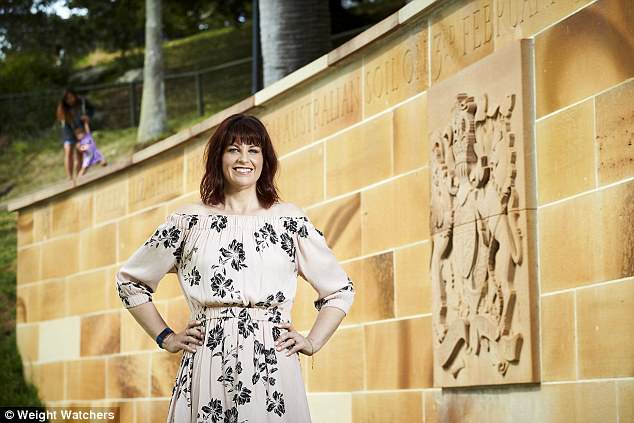 Determined to get on top of her weight once and for all, she shed 54.2kg within 14 months 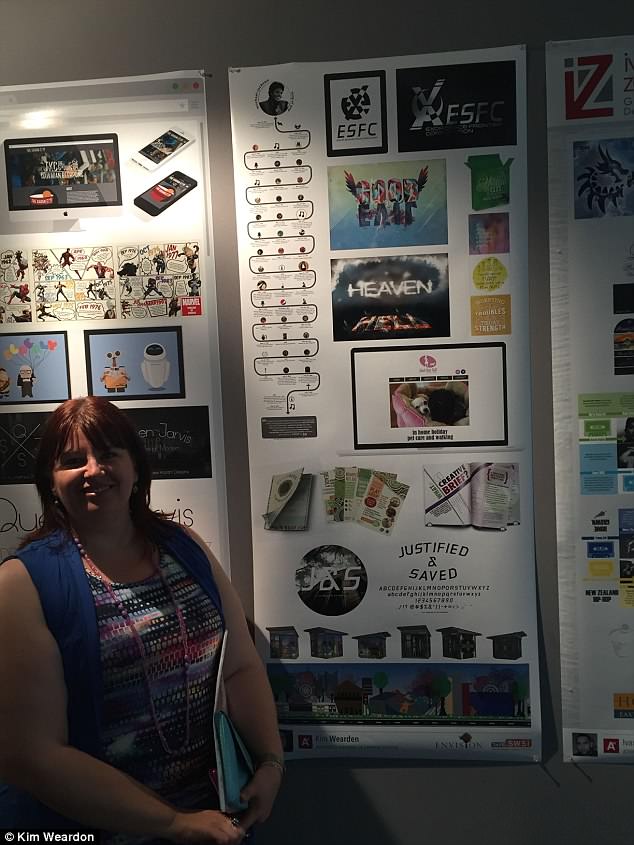 Growing up, Kim said she also struggled with her weight as a child – and she noticed her weight was fluctuating when she reached adulthood

As her weight started to fluctuate when she reached adulthood, Kim decided to join Weight Watchers after giving birth to her son Daniel 18 years ago.

But after shedding 10kg, she found it difficult to keep the weight off.

However, 10 years later, she managed to lose a further 20kg on the same program, only to put it all back on again.

‘I lost the weight but I didn’t keep it off. I’d go back to old habits and I never reached my goal,’ she said.

She was prescribed pills and meal replacement plans – but nothing worked.

Then six years ago, her weight took a turn for the worse when she lost her job as a community welfare worker.

‘It felt like my whole world was falling apart. I felt betrayed, not valued. For a year I didn’t work at all,’ she said.

‘I just stayed at home and tried to figure out what I was going to do with my life. It was a very stressful and challenging time and the weight continued to pile on.

‘I ate to try to feel better.’ 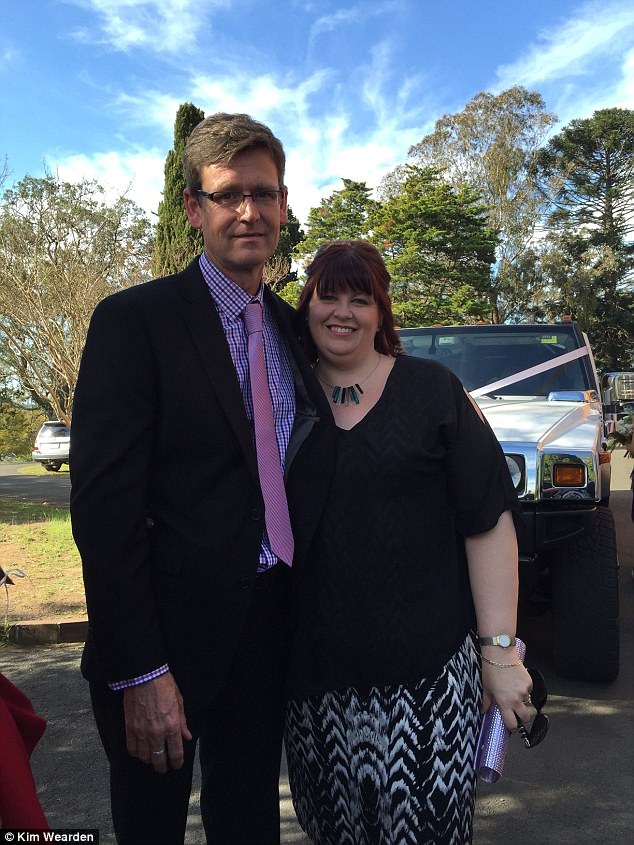 As her weight started to fluctuate when she reached adulthood, Kim decided to join Weight Watchers after giving birth to her son Daniel 18 years ago

Now, nearly two years on, Kim weighs 67.4kg after she went from a size 22-20 to a size 10-eight, depending on the clothing brand and style

She tried every diet imaginable in an effort to lose weight – but her turning point came in July 2016, when she decided to join Weight Watches the third time around.

‘My friend said she was going to join and asked if I was interested in going with her,’ Kim recalled.

She knew the journey she was setting out on wouldn’t be easy but she was determined this time she would give it her all.

And if she could get through the festive season, Easter and holiday without derailing her diet, she knew she could do anything.

‘Christmas was coming up. I had booked a cruise in January and then Easter would be around the corner,’ she said.

‘It was going to be a challenge to get through all that, but I didn’t want to put it off. I was determined. I thought, if I can lose weight over these big events, then I can reach my goal and maintain it forever.’ 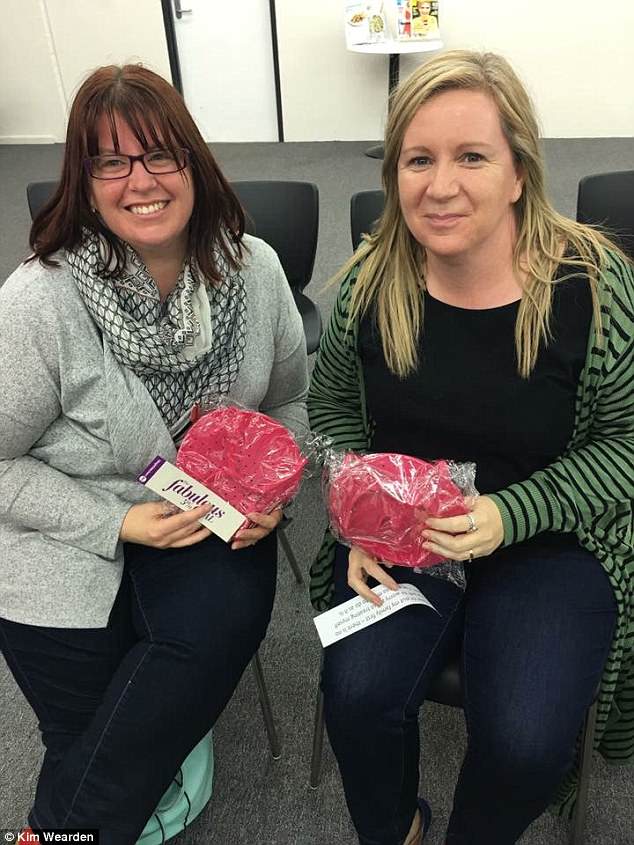 She tried every diet imaginable in an effort to lose weight – but her turning point came in July 2016, when she decided to join Weight Watches the third time around

How Kim got through the big events

I made a really light Christmas lunch for the family with roast meat and colourful salads. We were going to a friend’s house later and I took a watermelon fruit wreath for dessert. I was strict but I didn’t feel like I was missing out.

I still had chocolate, but the good-quality Lindt or Darrell Lea and only a small portion, not the whole block like I was having before. I’ve pretty much cut most chocolate out of my diet altogether.

I got myself a Fitbit and walked everywhere on the ship. I set goals to reach 11,000 steps a day. If at 9pm I had another 1,000 steps to go I would walk all over the ship until I reached my step goal.

She swapped her unhealthy snacks for mixed nuts, pretzels and fruits every day. She started buying more fresh produce and avoided pre-packed foods.

‘In the beginning I was losing an average of 1.5kg a week,’ she said.

‘Over time, my weight loss averaged out to around 900g a week. I managed to reach my goal in just over a year.’

And within 14 months, Kim dropped a staggering 54.2kg simply by changing her meal plans and sticking to her recommended portions.

For most of her weight loss journey, Kim didn’t do any formal exercise.

‘It was six months in, at Christmas, that I got a FitBit and realised I was walking about 3,000 steps a day,’ she said.

‘So I set an immediate goal to increase to 5,000. From then on I continued to stretch myself. Once I felt confident and comfortable walking 5,000 steps a day, I increased it by 1,000. I continued like this until I was walking 11,000 steps a day.

‘It was about making small changes that fit into my lifestyle that helped me lose weight. For example, I would stairs instead of escalators.’

About a year after joining the program, she signed to to her first dance class.

‘It was great. Now I go with my daughter Naomi and we have a great time,’ she said. 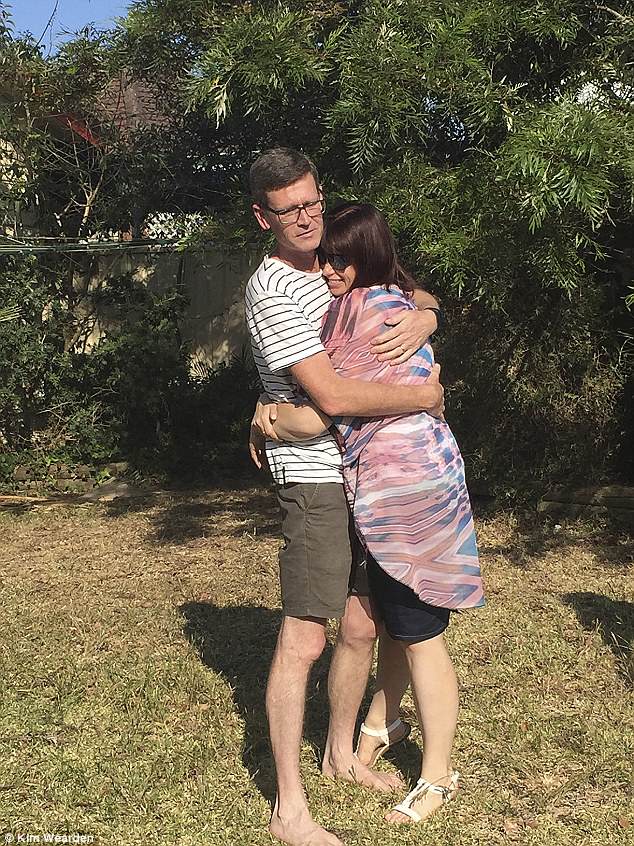 And nearly two years on, Kim weighs 67.4kg after she went from a size 22-20 to a size 10-eight, depending on the clothing brand and style.

‘I feel fantastic – it’s taken a while to get there. I had some health challenges along the way but feeling great now,’ she said.

‘I love cooking from cookbooks and trying new foods. I now work full-time so life is much busier than it was when I began.

‘I sit at a desk for even more time than previously but I love my life and how I feel and am very proud of myself for my achievement.

‘It was all in my mindset – I made a decision and I stuck with it every day – still do. When it comes to living a healthy life, your mindset is the most important thing.’

Now, whenever Kim looks at the gorgeous Pandora ring on her finger, she remembers how much she has achieved.

Her husband Phil bought her the ring when she reached her goal – a testament to how strong and determined she can be once she sets her mind to something.

‘I wanted to mark the occasion with something that would last, as a visual reminder of how far I’ve come,’ Kim said.