She has been showing off her sensational figure at every turn since touching down in Cannes.

And Kimberley Garner was up to her old tricks once again on Saturday afternoon as she took to the high seas in the south of France while sporting a duo of sizzling swimsuits.

The former Made In Chelsea star looked sensational in a miniscule yellow two-piece which perfectly off-set her dazzling tan having earlier sported a navy swimwear style.

The outing comes after Kimberley and her rumoured beau put on an affectionate display in Chelsea last month. Kimberley’s mystery man massaged her shoulders as they enjoyed a bite, before leaning in to lock lips.

The pair were last linked in December, with Kimberly yet to reveal his identity.

The couple spent the last few months travelling, ringing in Christmas in Barbados and spending the new year in Florida after flying to out Miami in late December.

Sizzling: She has been showing off her sensational figure at every turn since touching down in Cannes

It wasn’t all carefree partying, however, as she took to Instagram to defend herself from backlash over her international travel.

The former Made In Chelsea star said she jetted out of the UK on December 14 – a week before London moved into Tier 4 – to ‘check on my apartment’.

The London native said at the time: ‘I bought my place here this time two years ago. ‘It was a massive achievement, still really can’t believe it sometimes. I run a business – I’m not an influencer.

‘I am here, but I am very very strict still. I see people in Tulum and all over going to parties and it doesn’t feel right to me.’

The influencer recently surprised fans when she revealed she cancelled a secret wedding and ended a long-term relationship last summer.

Speaking to MailOnline in September 2019, Kimberley confirmed she had called it quits with her former boyfriend.

The businesswoman said: ‘I ended the relationship recently. It was a really wonderful three years and we are still good friends today.’ 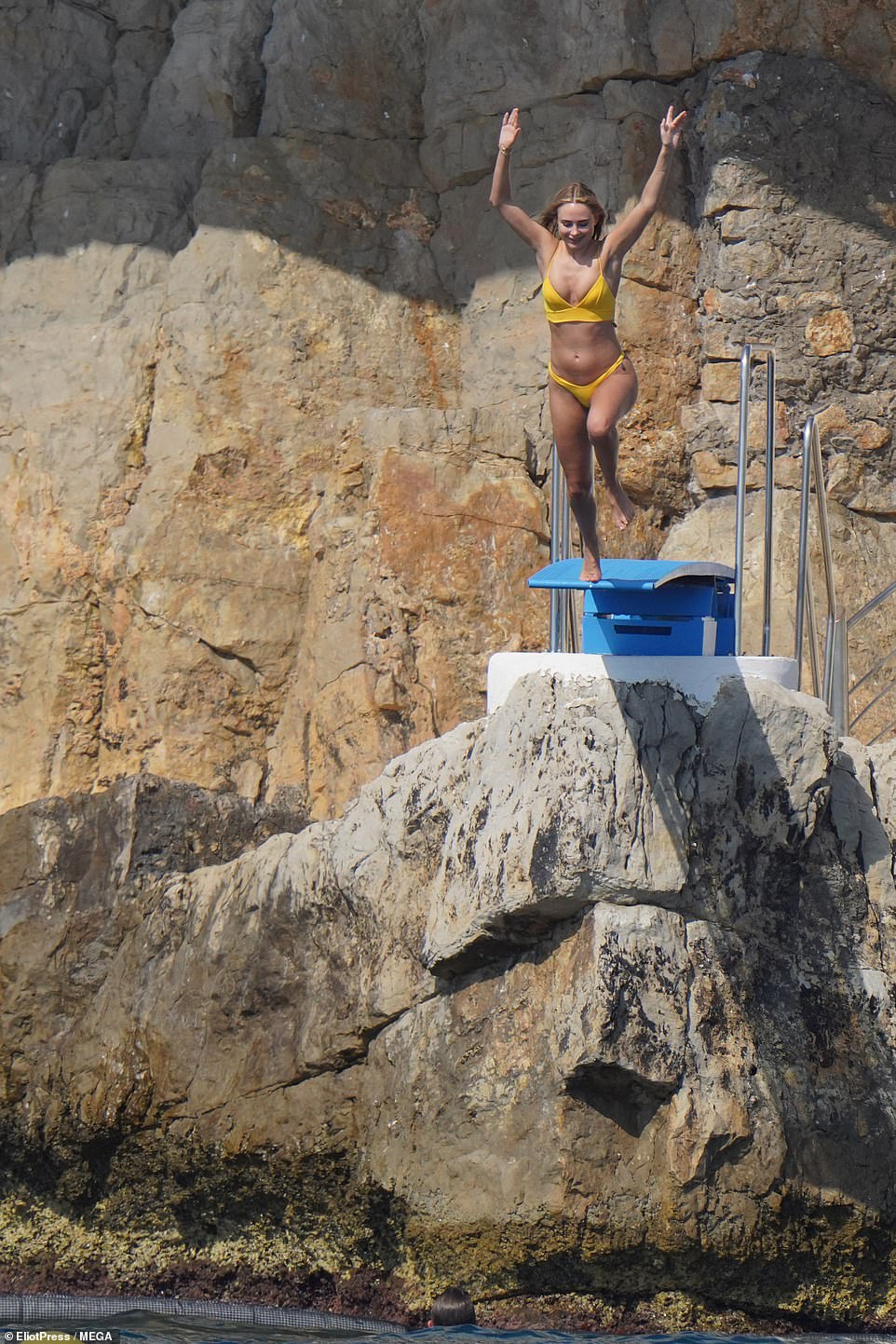 Living the dream! She was making the most of the idyllic location