First Christmas with the First Family: Kimberly Guilfoyle shares festive photos with her beau Don Jr and the president as she ‘reflects on her many blessings’

While the president is staying behind in Washington DC to deal with the government shutdown, Kimberly Guilfoyle is making herself at home in Mar-a-Lago to celebrate her first Christmas with the Trumps.

The former Fox News host took to Instagram to post photos of herself and beau Donald Trump Jr with ‘in-laws’ President Trump and Melania at the White House as she reflected on her ‘many blessings’ from this year.

‘Merry Christmas and #HappyHolidays to you and your loved ones … reflecting on all of our many blessings and so grateful Wishing you healthy and Happy Holidays! God Bless you and your families!,’ she wrote.

Some of Guilfoyle’s snaps included photos of her and Don Jr taken at last week’s White House Christmas Party, which saw Trump officials – past and present – in attendance.

Kimberly Guilfoyle took to Instagram to post  photos of herself, Don Jr, President Trump and First Lady Melania at the White House 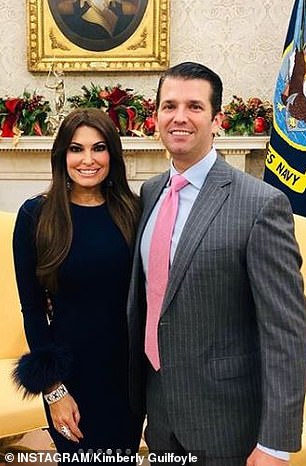 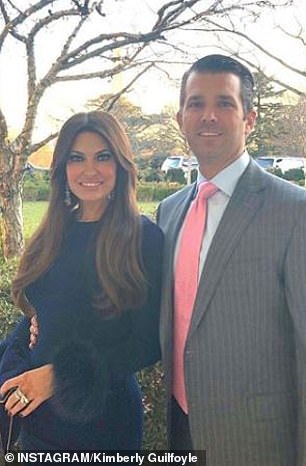 The former Fox News host is in Mar-a-Lago, Florida, to spend her first Christmas with the Trumps 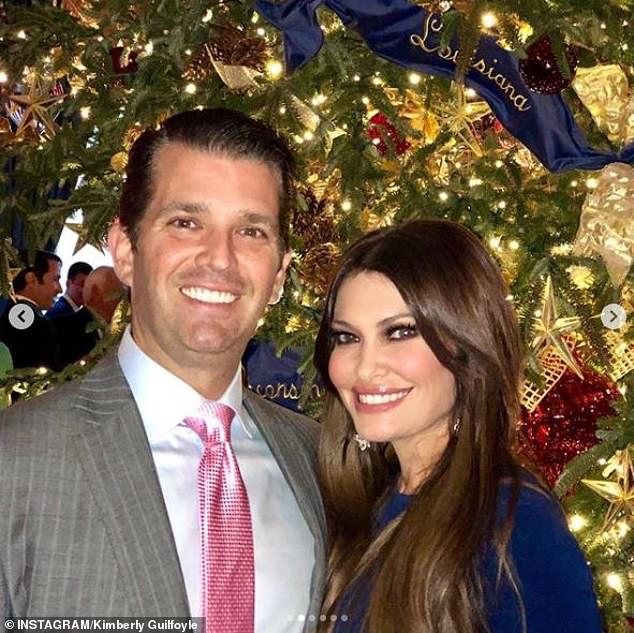 The couple also attended the DailyMailTV and DailyMail.com Holiday Celebration in New York City earlier this month where they revealed they’d be spending the holidays together.

‘With now six children between us, it’s a lot,’ Trump Jr admitted. ‘We have a bunch with them and it will be a lot of fun, but it’s also going to be somewhat of a zoo.’

The couple kicked off their holiday celebration last month, when they were in Washington DC at the White House for the National Christmas Tree Lighting.

However, the patriarch of the family announced Saturday he will remain in Washington through Christmas.

Both sides of the House now anticipate that the impasse will continue into the first weeks of January.

The President’s initial plans were to spend 16 days at the so-called ‘winter White House’ – the nickname given for Trump’s Mar-a-Lago estate in West Palm Beach, Florida. 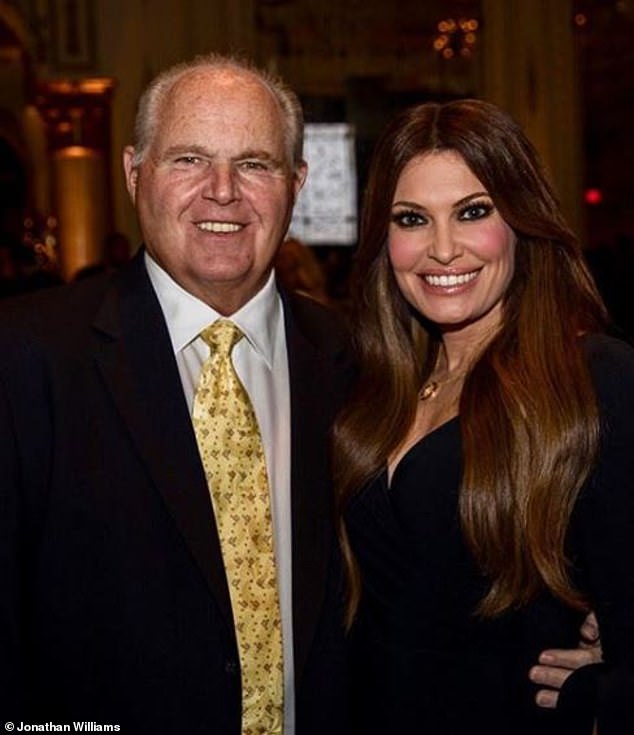 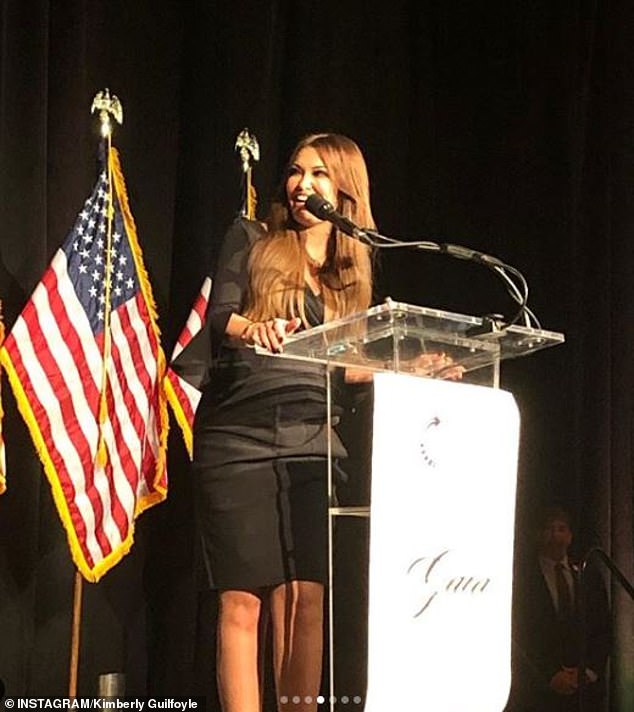 Trump tweeted on Saturday: ‘I will not be going to Florida because of the Shutdown – Staying in the White House!’ He added the hashtag ‘MAGA’ – or, ‘Make America Great Again.’ 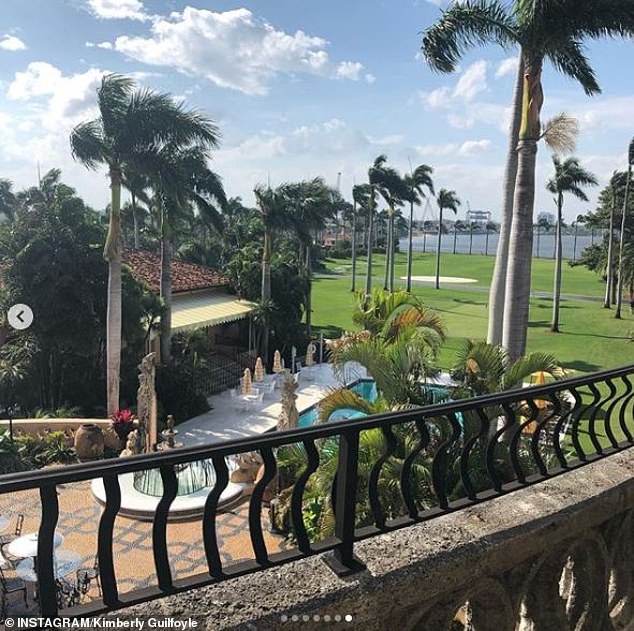 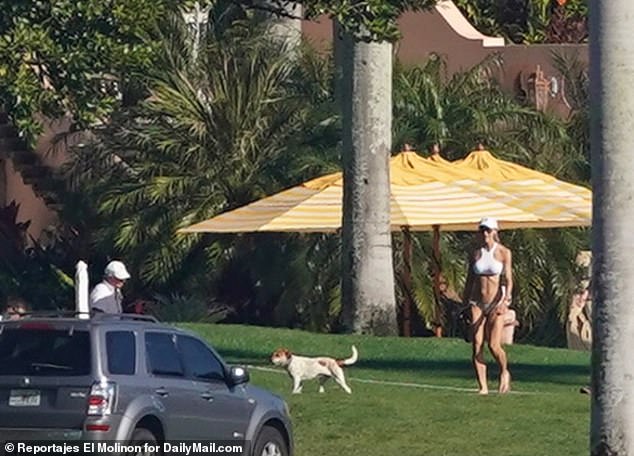 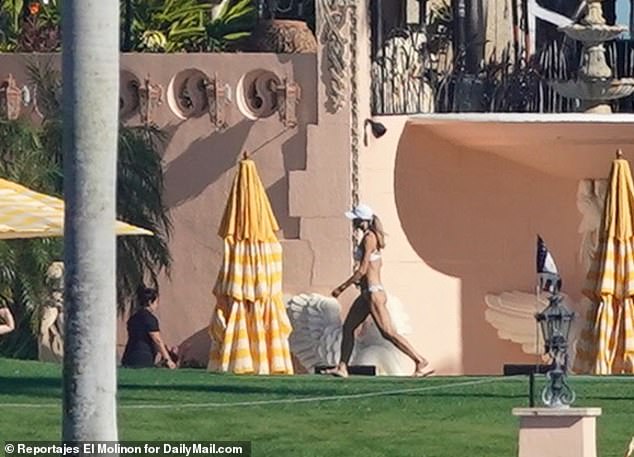 Guilfoyle went on to show her extravagant view of palm trees and beach from The Mar-a-Lago Club.

Meanwhile, Eric’s wife Lara Trump has been spotted showing off her ripped physique on the grounds of the Florida resort during the traditional Trump holiday getaway.

Lara took Charlie the dog for a walk while wearing a skimpy white bikini. 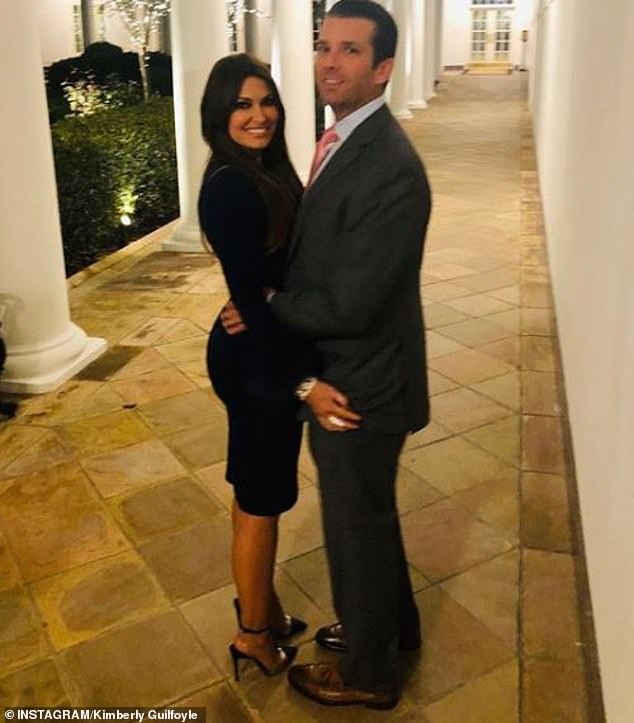