A disabled boy from Arkansas was crushed when his custom hunting gear was stolen last week.

But since then eight-year-old Jayce Collum has found the support of hundreds of people across the nation as kind-hearted strangers have raised more than $7,000 to replace his stolen equipment in just two days.

Jayce said after a trip to Shriner’s Hospital on Friday, he wanted to go hunting in his hometown of Forrest City.

But when he checked the outdoor hunting stand that his grandfather built for him with custom gear that allowed him to shoot, it was ransacked and empty. 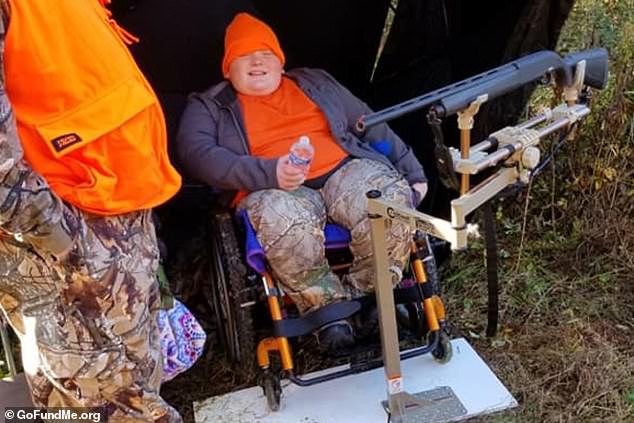 Kind-hearted GoFundMe donors raised over $7,000 by Thursday afternoon after he went public with the robbery story. Jayce pictured above with his special gun and equipment 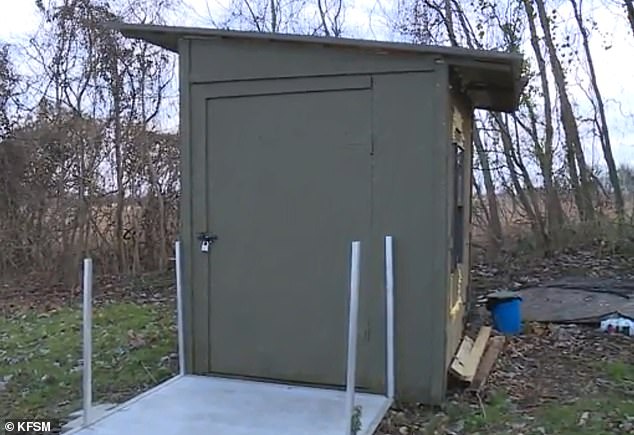 ‘He’s only 8 years old. He doesn’t understand everything about life, but he understands when they come take your stuff, it’s not right,’ Jayce’s grandfather Glenn Shepherd said to WREG.

The robbery was heartbreaking for Jayce’s family.

‘He’s had a lot happen to him during his short life,’ his mother Kristen Shepherd said.

He survived a severe car crash in 2015 that nearly killed him. The crash left him paralyzed following a spinal injury and he spends much of his time in and out of the hospital.

But Jayce doesn’t let that stop him for pursuing his hobbies like hunting.

However, without his special gear, he can’t shoot. 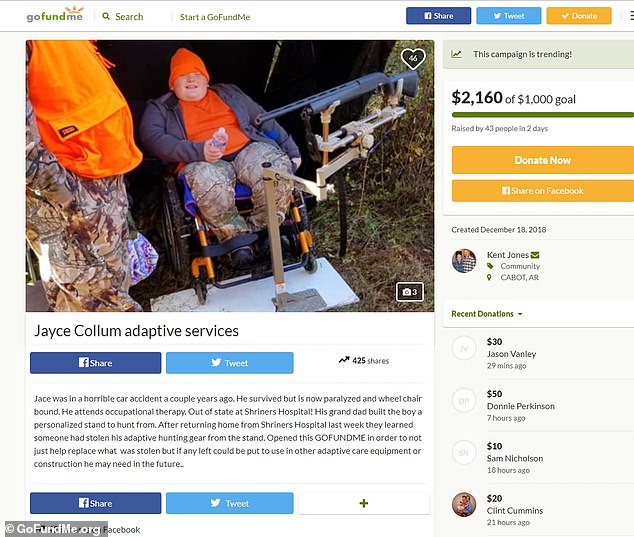 Kind donors from across the country have given money Jayce to replace his hunting gear and to purchase other adaptive care equipment for him. This page raised in Cabot, Arkansas raised $2,160 in two days 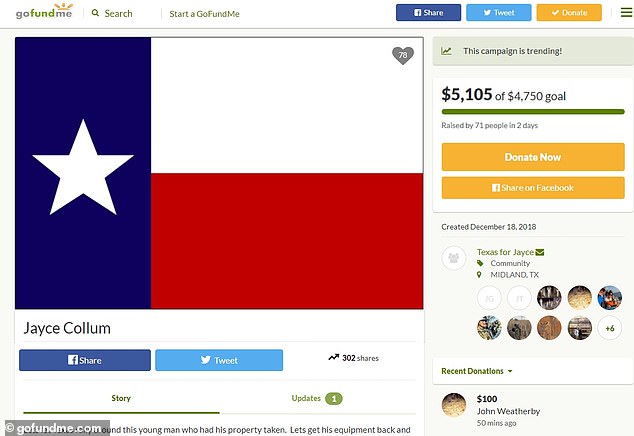 This page called Texas for Jayce raised a whopping $5,105 for Jayce in just two days

‘He’s not able to sit up by himself so we have to have special equipment to help him to be able to shoot,’ his mother added.

‘They stole the deadshot and all the things I had to help me hunt,’ he said.

‘I want my stuff back and the people who did it to turn themselves in,’ he added, hoping for justice.

In just a matter of days, GoFundMe pages were set up to replace Jayce’s stolen tools and by Thursday afternoon he had raised a total of $7,235.

One page opened by a local in Cabot, Arkansas to replace his gear and for other adaptive care equipment has already reached $2,130, surpassing the goal of $1,000 in just two days. 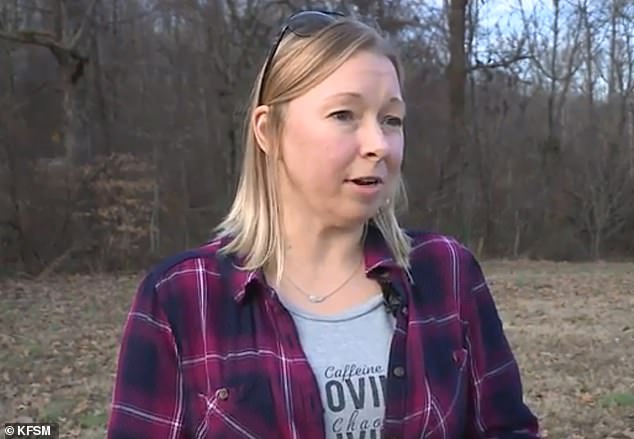 ‘He’s had a lot happen to him during his short life,’ his mother Kristen Shepherd on her son 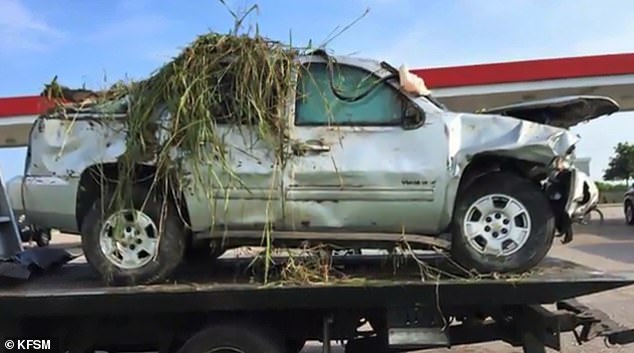 Another page called Texas for Jayce, rallied people in the Lone Star state to donate to his cause and racked up $5,105, surpassing their goal of $4,750 in also two days.

‘There are a few bad people but a lot of good ones in this world too. Hopefully we can all help out a little bit and help this boy have a positive view about the world,’ one donor wrote.

‘Merry Christmas buddy, hope you are able to get everything you need,’ another added.

‘I am also a paralyzed hunter and even as an adult it is a very tough road to get out there. Hoping my small donation helps him get the equipment he needs to keep doing what he loves!’ one person said with their generous donation.

While his gear still hasn’t been located, Jayce has found the support of hundreds of people across the nation.

His family have also contacted police and Arkansas Game and Fish to keep a lookout for his special gear.