King Abdullah of Jordan was joined by his wife Queen Rania as he appealed to US Vice President Mike Pence to ‘rebuild trust and confidence’ in the possibility of a two-state solution to the Israeli-Palestinian conflict.

Jordan’s royals made the request in the wake of the fallout from the Trump administration’s decision to recognize Jerusalem as Israel’s capital.

In response, Pence tried to reassure the monarch that the US was committed to a two-state solution, if both sides agree – the condition a marked contrast to the long-standing US belief that the approach is the only possible outcome of any peace deal.

Trump’s announcement on Jerusalem last month infuriated the Palestinians, who seek the Israeli-annexed eastern sector of the city as a future capital.

They accused the US of siding with Israel and said Washington can no longer serve as a mediator.

Jerusalem is the emotional centerpiece of the long-running conflict, and Trump’s policy shift set off protests and condemnation across Arab and Muslim countries. 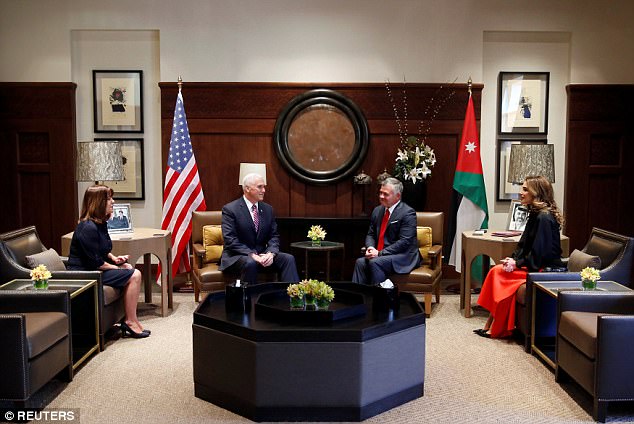 The Jordanian royals urged Pence, who was joined by his wife Karen, to help rebuild trust and confidence in the US and the two-state solution to the Israeli-Palestinian conflict

It posed a dilemma for King Abdullah, a staunch US ally, who gets much of his political influence from the Hashemite dynasty’s role as guardian of a key Muslim site in Jerusalem.

Any perceived threat to Muslim claims in the city is seen as a challenge to Jordan, where a large segment of the population is of Palestinian origin.

Pence told the king that the US has committed ‘to continue to respect Jordan’s role as the custodian of holy sites, that we take no position on boundaries and final status.’ 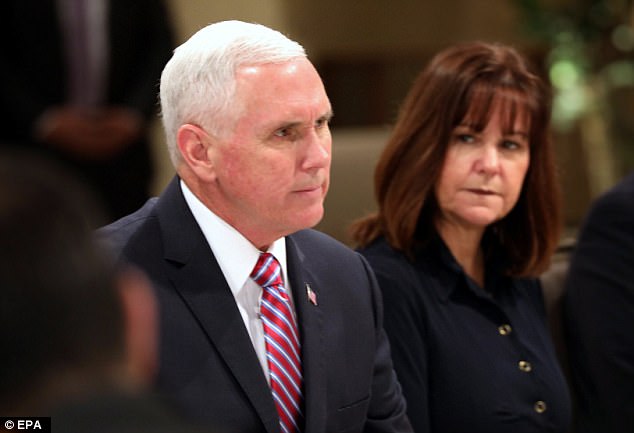 It was a message Pence also relayed on Saturday in talks with Egypt’s president.

Later, after meeting US troops near the Syrian border, Pence said he and Abdullah had ‘a very frank discussion.’

He said: ‘Look, friends occasionally have disagreements and we agreed to disagree on the decision by the United States to recognize Jerusalem as the capital of Israel. But what we agreed on was the need for all parties to come back to the table.

‘The Palestinian Authority has been absent from direct negotiations since 2014. And I hope I impressed upon King Abdullah our earnest desire to restart the peace process.’ 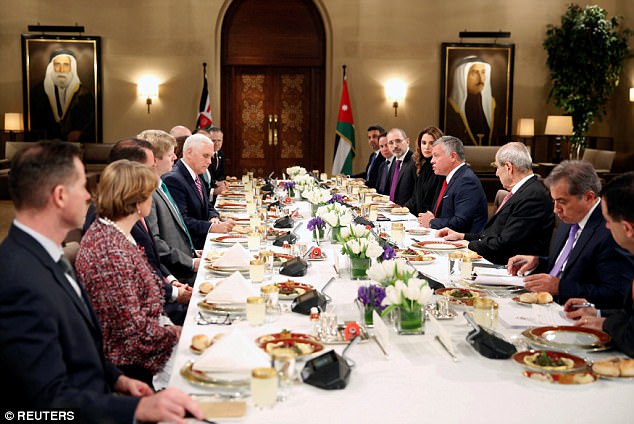 Abdullah expressed concerns about the regional fallout from the Jerusalem decision.

He said: ‘Today we have a major challenge to overcome, especially with some of the rising frustrations.’

He described the Pence visit as a mission ‘to rebuild trust and confidence’ in getting to a two-state solution, in which a state of Palestine would be established in the West Bank, Gaza Strip and east Jerusalem, lands Israel captured in 1967. 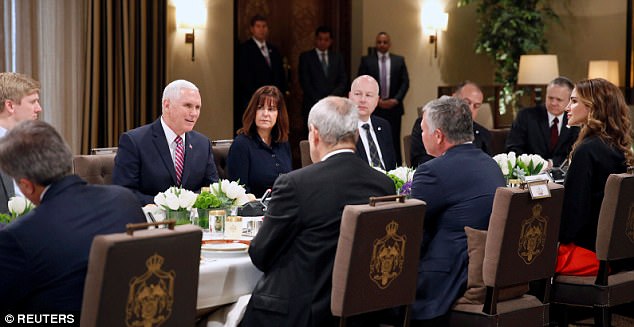 Pence later added: ‘I hope I impressed upon King Abdullah our earnest desire to restart the peace process’

Another cause of concern for Jordan is the Trump administration’s decision to move the US Embassy in Israel from Tel Aviv to Jerusalem.

Jordan opposes the move if it is taken ahead of any potential Israeli-Palestinian partition deal.

On the other hand, Israel views Jerusalem as its unified capital.

An international consensus has long held that the city’s final status should be decided through negotiations, which was also US policy for decades before the current administration. 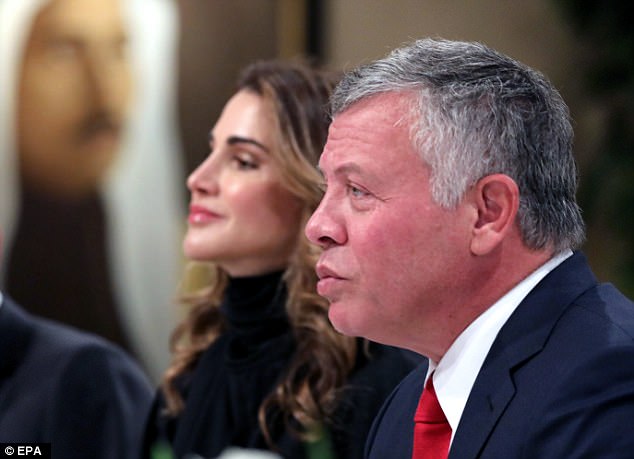 Palestinian President Mahmoud Abbas said he would not meet with Trump administration officials and called off a meeting with Pence that had been scheduled for mid-December.

In a new expression of that snub, Abbas overlapped with Pence in Jordan from Saturday evening to midday Sunday, when the Palestinian leader flew to Brussels for a meeting with European Union foreign ministers Monday.

There, Abbas is expected to urge EU member states to recognize a state of Palestine in the pre-1967 lines, and to step up involvement in mediation.

Nabil Abu Rdeneh, an Abbas adviser, reiterated that ‘the US is no longer acceptable as a mediator.’

Pence was scheduled to hold meetings on Monday with Israeli Prime Minister Benjamin Netanyahu, deliver an address to the Knesset and visit the Yad Vashem Holocaust memorial. 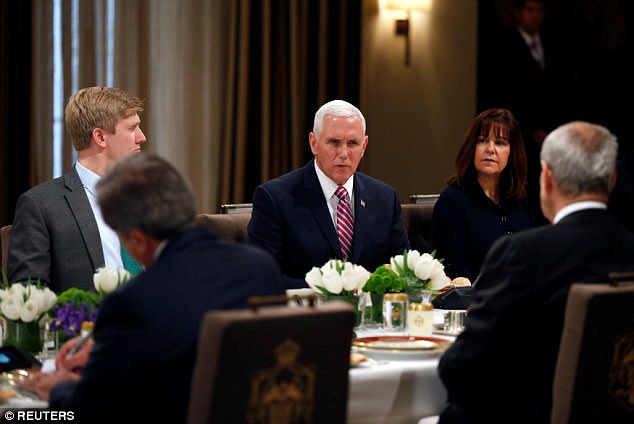 Netanyahu called Pence ‘a great friend of Israel’ and said there was ‘no alternative for American leadership’ in the peace process.

He said at a meeting of ambassadors in Jerusalem: ‘Whoever is not ready to talk with the Americans about peace – does not want peace.’

Palestinians in the West Bank protested Pence’s arrival by burning posters with his image on them.