King Charles III is expected to put charity workers before members of the aristocracy in his Coronation service at Westminster Abbey, The Mail on Sunday understands.

A lengthy section of the ceremony when hereditary peers in ermine line up to pay their respects to the new monarch, known as the ‘homage’, is likely to be overhauled, possibly even scrapped, to give greater prominence to charity representatives.

It comes as a new book reveals how King Charles three years ago took his former aide, Michael Fawcett, with him to Japan to take notes on how the ancient ceremony of an emperor’s enthronement was given modern-day appeal.

King Charles III is expected to put charity workers before members of the aristocracy in his Coronation service at Westminster Abbey, The Mail on Sunday understands

The Mail on Sunday also understands that:

Last week, Buckingham Palace announced that the Coronation would take place on May 6 next year. A spokesman said: ‘The Coronation will reflect the monarch’s role today and look towards the future, while being rooted in longstanding traditions and pageantry.’

The Palace confirmed The Mail on Sunday’s revelation in February that the King wished for Camilla to be crowned alongside him.

But while Charles is keen to uphold the religious sanctity of the event, changes will be introduced to bring the ancient ceremony up to date. 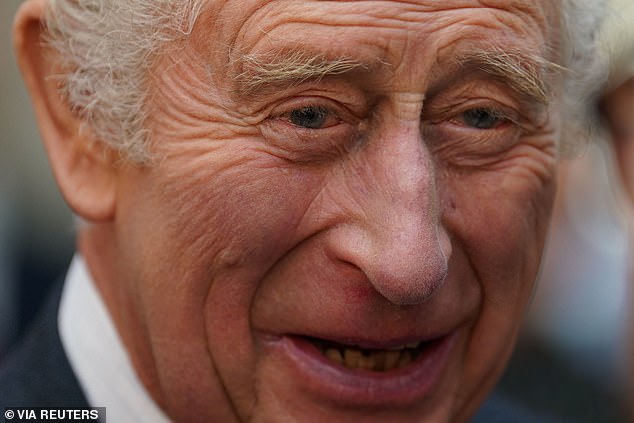 It comes as a new book reveals how King Charles three years ago took his former aide, Michael Fawcett, with him to Japan to take notes on how the ancient ceremony of an emperor’s enthronement was given modern-day appeal

As the MoS revealed last week, the guest list for the ceremony is likely to be slashed from 8,000 at Queen Elizabeth’s Coronation to 2,000. The length of the service is set to be about an hour – compared with almost four hours in 1953, and there will be a much more relaxed dress code, with peers possibly allowed to wear lounge suits instead of ceremonial robes.

Experts who have spent years researching how the modern-day Coronation of King Charles will be planned are poised to release a new report outlining what the nation can expect.

The study, written by academics at the Constitution Unit at University College London and based on interviews with insiders over several decades, is expected to reveal a fascinating insight into the arduous planning involved.

Dr Bob Morris, of UCL’s Constitution Unit and author of Inaugurating A New Reign: Planning For Accession And Coronation, said: ‘There will inevitably be many changes in the next Coronation, not least because there has been a great change in the status of the aristocracy over the past 70 years. There are no longer hereditary peers being created and, save for the 90 left in the Lords, the peerage has no legislative function.

‘So, it would be very difficult to see how you could justify fitting anything like the numbers of the peerage attending Westminster Abbey in 1953. There would have to be a ballot for a limited number from the 90 peers to attend the Coronation instead. The King has made it clear that he is conscious that we live in straitened times, and that the Coronation will have to reflect that.’ 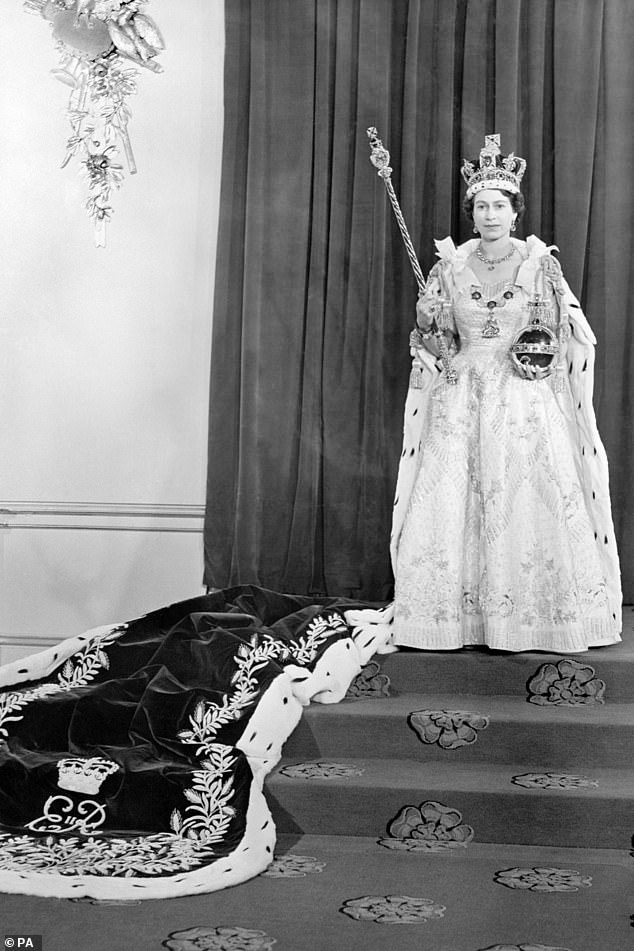 As the MoS revealed last week, the guest list for the ceremony is likely to be slashed from 8,000 at Queen Elizabeth’s Coronation to 2,000

There could even be a role for Prince William, even though Kensington Palace last night pointed out that nothing had yet been decided.

Professor Robert Hazell, of the Constitution Unit at UCL, said: ‘It would be a suitable choice for Prince William to represent King Charles in the planning because it would get him thinking about what kind of Coronation he might like when he becomes King.’

In Catherine Pepinster’s book, Defenders Of The Faith, she reveals how, in 2019, Charles travelled to Japan with aide Fawcett for the enthronement of the 126th Emperor Naruhito. Fawcett – who was working as an executive for the Prince’s charitable foundation, but has since stepped down after offering to help acquire a Knighthood and British citizenship for a wealthy donor – took notes on behalf of Charles.

A source tells Pepinster: ‘Fawcett was there finding out how the Japanese did an event like that.’

The Constitution Unit has put forward amendments to make the ceremony more inclusive towards other faiths. The important point will be to make the event uplifting and relevant to today.

The author argues that the Latin words for ‘Long Live The King!’ are likely to survive.

Are the royal standards slipping?

King Charles has dispensed with the tradition of raising and lowering the Royal Standard at the residence being used by the monarch.

This is because when he is in London, the King usually sleeps and eats at Clarence House and works at Buckingham Palace. He won’t be able to move into Buckingham Palace until 2027 while renovation work continues. From now on, the Royal Standard will fly at both at the same time to save a footman dashing up to the roof twice or more a day to operate the flagstaffs.

Some traditionalists are aghast. Mail on Sunday columnist Peter Hitchens, who took these pictures within minutes of each other last week, said: ‘This is the Royal Standard. It is hugely symbolic.’ 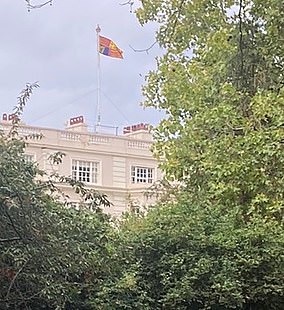 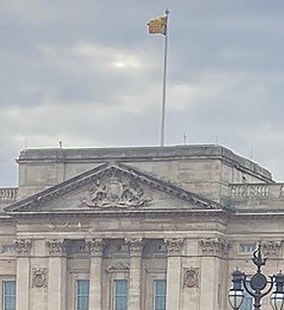 This is because when he is in London, the King usually sleeps and eats at Clarence House and works at Buckingham Palace