A photographer has captured the exact moment a kingfisher’s beak touches a body of water before diving below its surface to catch a fish.

Calvin Taylor Lee, from Scunthorpe, Lincolnshire, had taken 600 photographs across a 10-hour period at Wildlife Photography Hide near Bourne, Lincolnshire, before managing to snap the pin-point moment.

He had paid £100 for the day to access a private area within the nature reserve.

Calvin Taylor Lee took around 600 photographs across a 10-hour period at Wildlife Photography Hide near Bourne, Lincolnshire, before he captured this perfect moment. The kingfisher looks as though it is balancing on the surface of the water before diving through 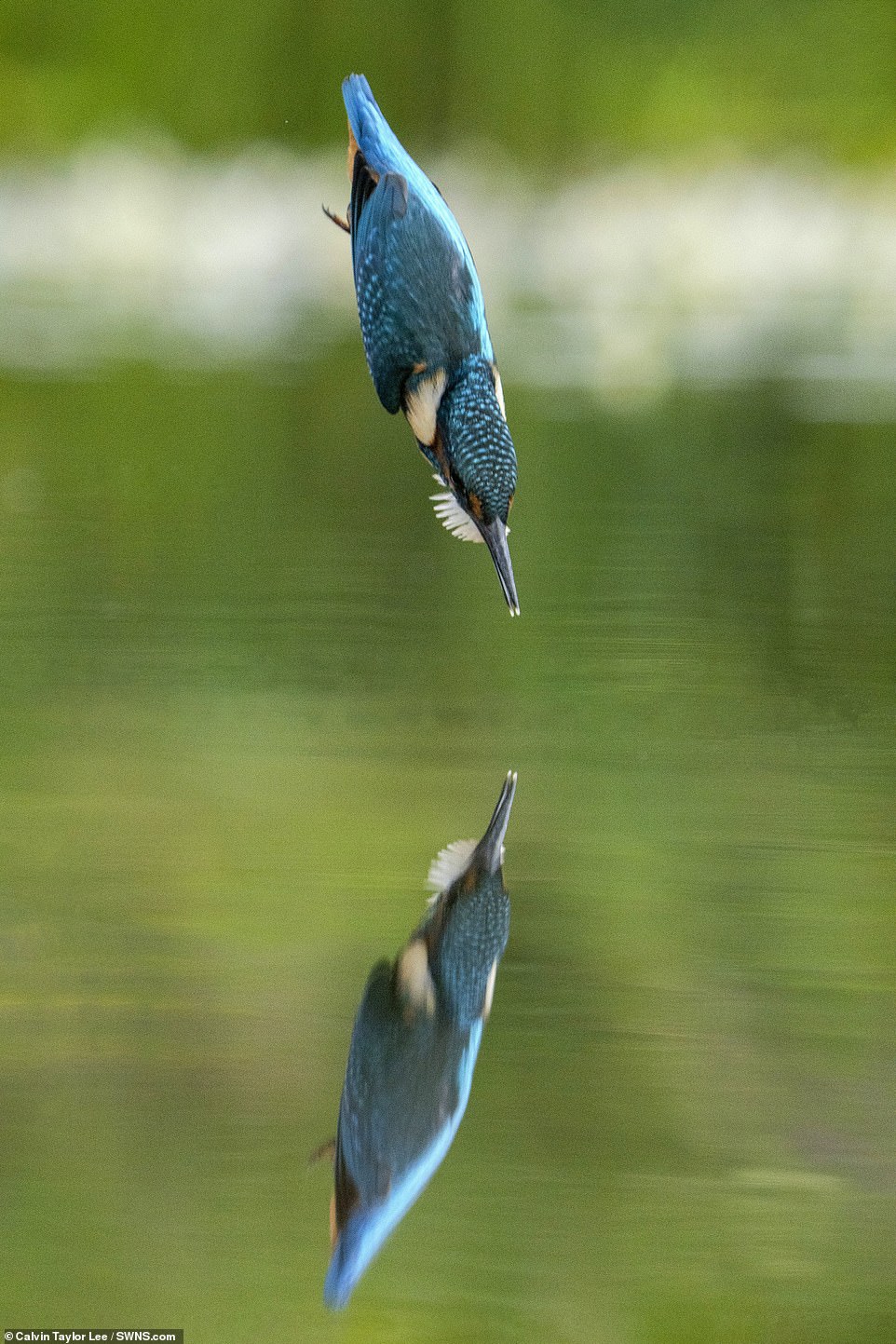 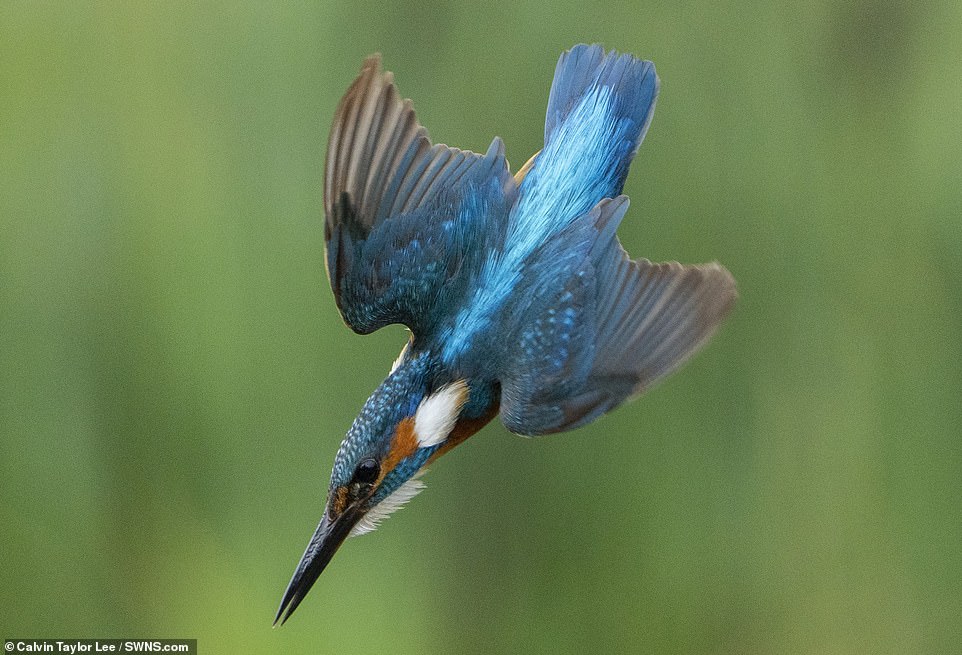 Calvin was able to capture the kingfisher in exquisite detail as it made its dive into the water to catch some food. In this photo the bird begins to tuck its wings into its side

Calvin’s incredible photo captures the exact moment the bird’s beak comes into contact with the surface of the water.

The breathtaking image looks as though the kingfisher is balancing on the water, just a split-second before it dives in.

Its wings are perfectly tucked in against its vivid blue body, creating an amazing mirror-image reflection in the water underneath it.

And a moment later, the bird can be seen emerging victorious from the pond, clutching a tiny fish in its beak as it soars back upwards, with water droplets splashing around it. 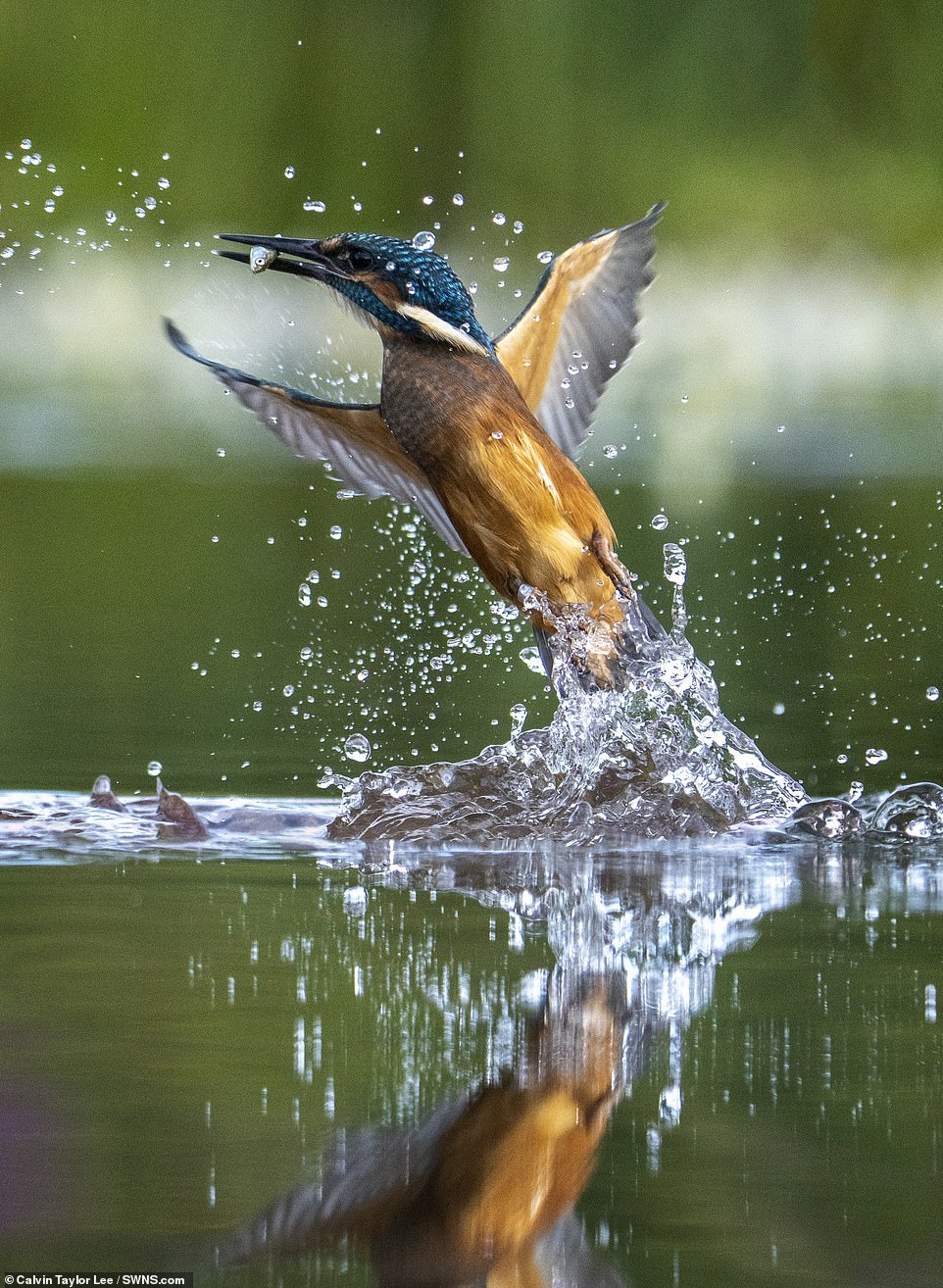 Breaking free: The kingfisher erupts back through the surface of the water sending droplets flying all around as it emerges with its prize 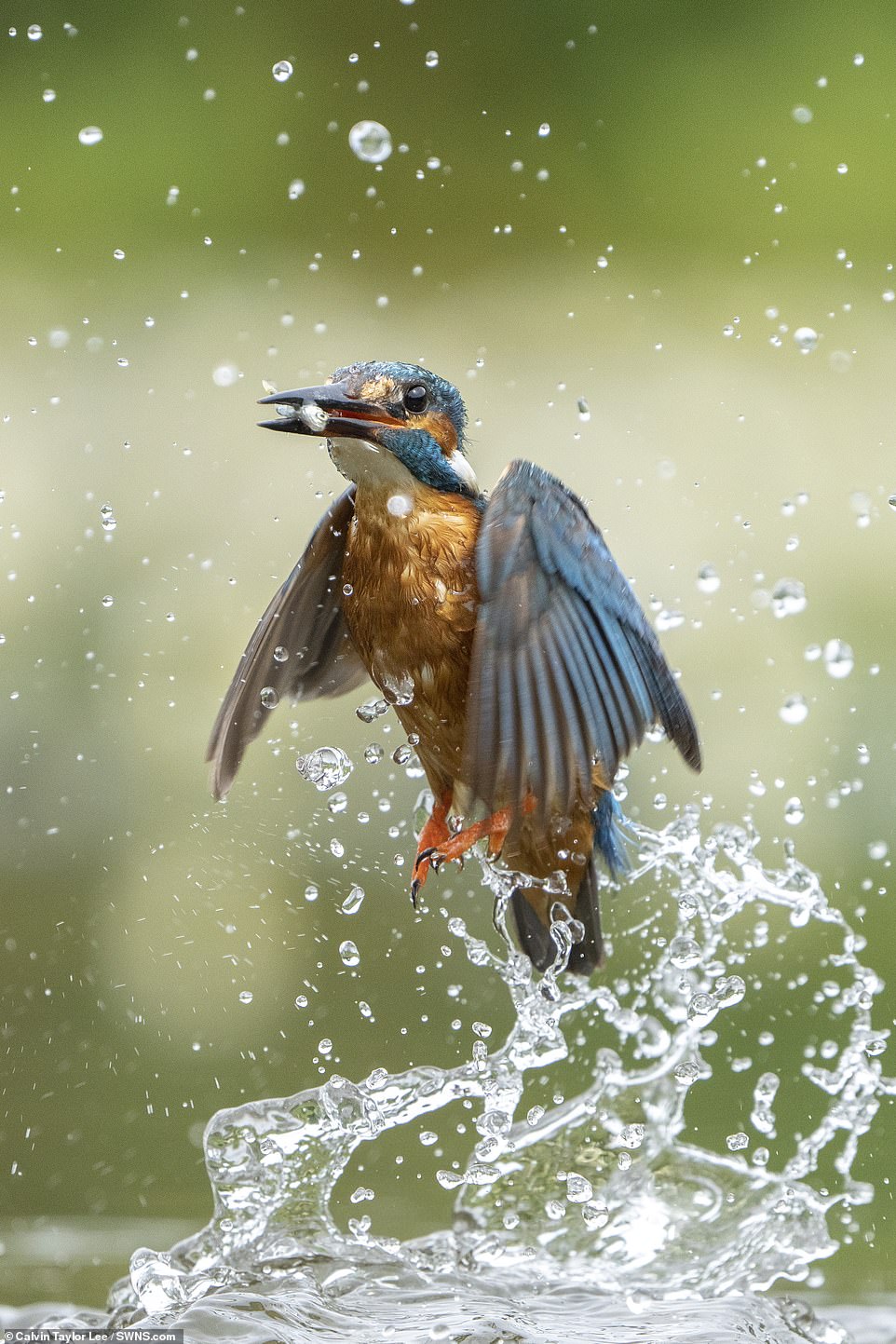 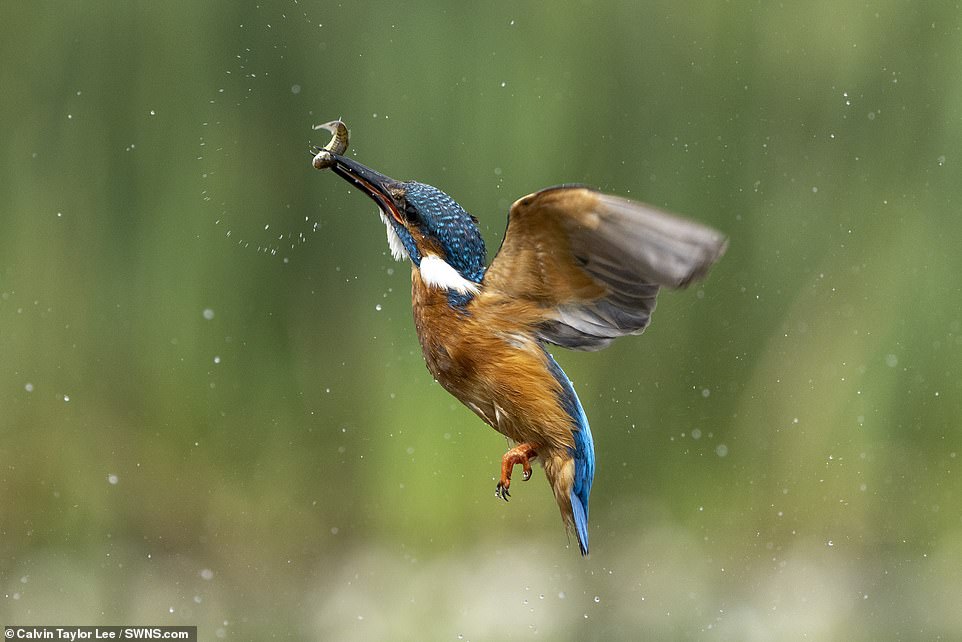 Speaking about his photo Calvin said: ‘I think I took about 600 photos that day. I took the dive shot so many times, just trying to get that one perfect photo.

‘It’s not easy to get the focus right, especially with the water splashing around the bird – sometimes the camera will focus on the water, rather than on the bird and the fish.

‘But when I look at that one dive picture I feel like I achieved a goal, and it makes all the sitting and waiting worth it.’

Calvin added: ‘People always want to get that one perfect shot. You have to chase what you want.’