Bayern Munich winger Kingsley Coman has been ruled fit to play in next week’s Champions League last-16, first leg tie at Liverpool after the Frenchman suffered an injury scare in their Bundesliga win over Augsburg on Friday.

Coman scored two goals as Bayern twice came from behind to win 3-2 but turned his ankle towards the end of the game and had to be taken off.

The 22-year-old has been plagued by injury in the past few seasons, missing France’s triumphant World Cup campaign last year and then being injured again at the start of the Bundesliga season leading to another months-long injury break. 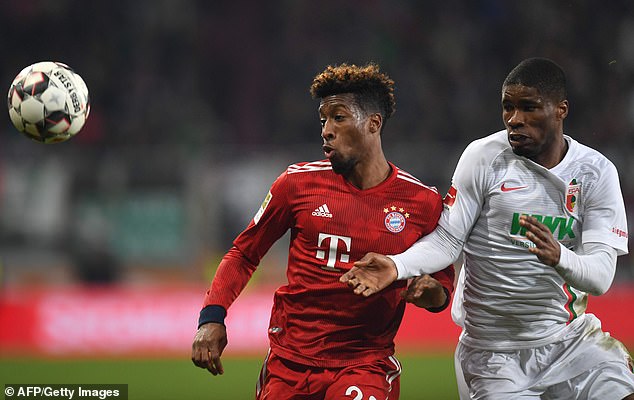 ‘After a detailed medical examination on Saturday morning the Frenchman got the all-clear fortunately and is therefore an option for the Champions League round of 16 first leg in Liverpool on Tuesday,’ Bayern said in a statement.

The Bavarians, who also saw goalkeeper Manuel Neuer return from injury on Friday, are two points behind leaders Borussia Dortmund, who visit bottom side Nuremberg on Monday.