Kirsten Dunst looked like she stepped out of a time machine from the nineties on the set of her latest project.

The actress is currently filming in Louisiana for her new YouTube Premium television series On Becoming a God in Central Florida.

Teased and hairsprayed bangs were a ‘thing’ back then and the 36-year-old revived them for her character to shoot a scene on Monday.

Retro vibes: Kirsten Dunst was ready to party like it was 1999 while on set for her latest television series in Louisiana on Monday

Kirsten, dressed as her character Krystal, wore a yellow Rebel Rapids T-shirt, which is presumably the name of the water park where she works in the show.

No retro look would be complete without thick gold hoops, which Kirsten displayed with style.

It was the Jumanji star’s teased and sprayed bangs that really brought the vintage look to life. 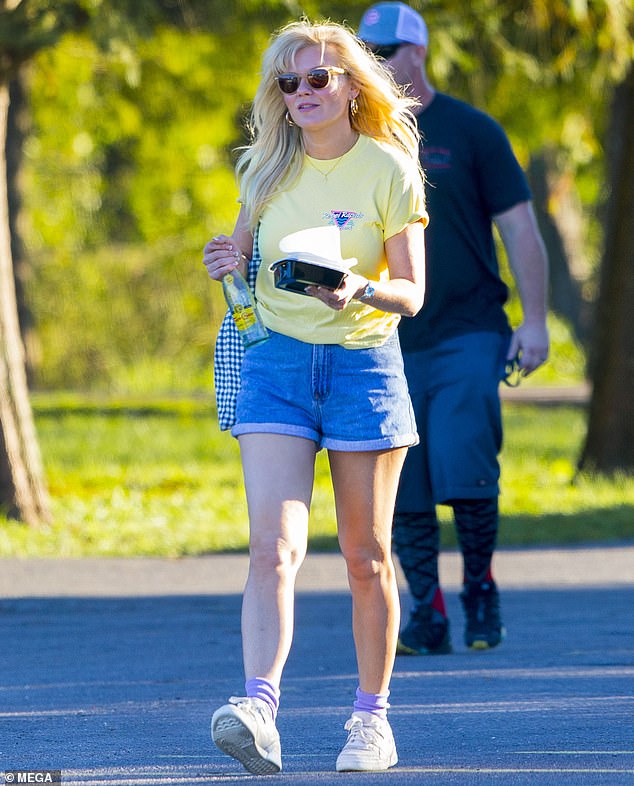 The small screen: The actress is currently filming in Louisiana for her new YouTube Premium television series On Becoming a God in Central Florida which is set in the nineties

Photographers snapped the New Jersey native taking a break between scenes and holding her lunch as she walked around the set.

Last week, cameras captured the blonde beauty shooting a high energy scene for the series that required her to channel her Bring It On days and bust out some silly dance moves at a swimming pool.

Kirsten was rocking some peak nineties garb with a pair of acid washed jean shorts and a black V-neck one piece swim suit that was edged with huge multicolored plastic gems. 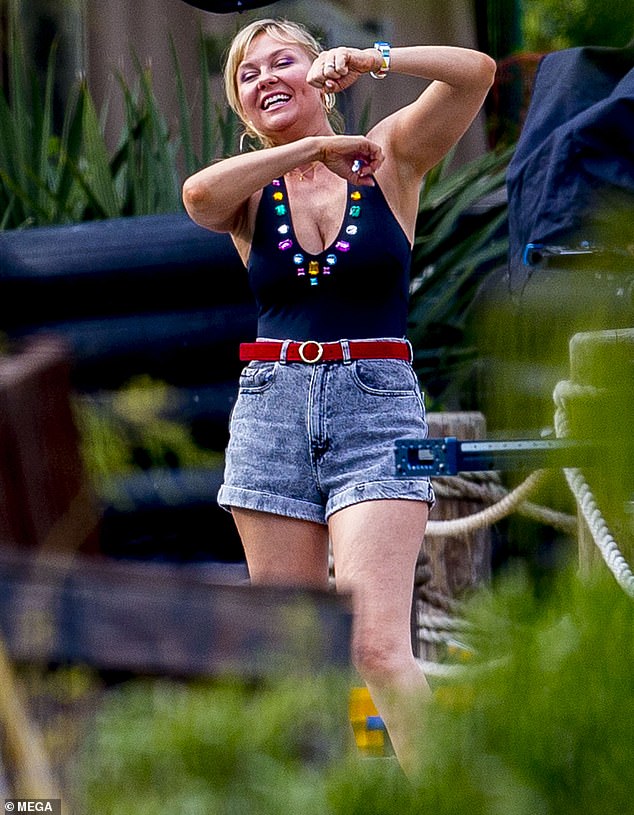 Dark comedy: The new show centers on a water park employee who works her way up to the top of a pyramid scheme

The new dark comedy will see the Spider-Man star playing a character who is ‘a dirt poor, very fierce young woman who is relentless in her pursuit of the American dream,’ according to Deadline.

‘It centers on Krystal Gill, a minimum-wage-earning water park employee who will eventually scheme her way up the ranks of Founders American Merchandise: the cultish, flag waving, multi-billion dollar pyramid scheme that drove her family to ruin.’

The 10 episode season is slated to stream on YouTube Premium in 2019. 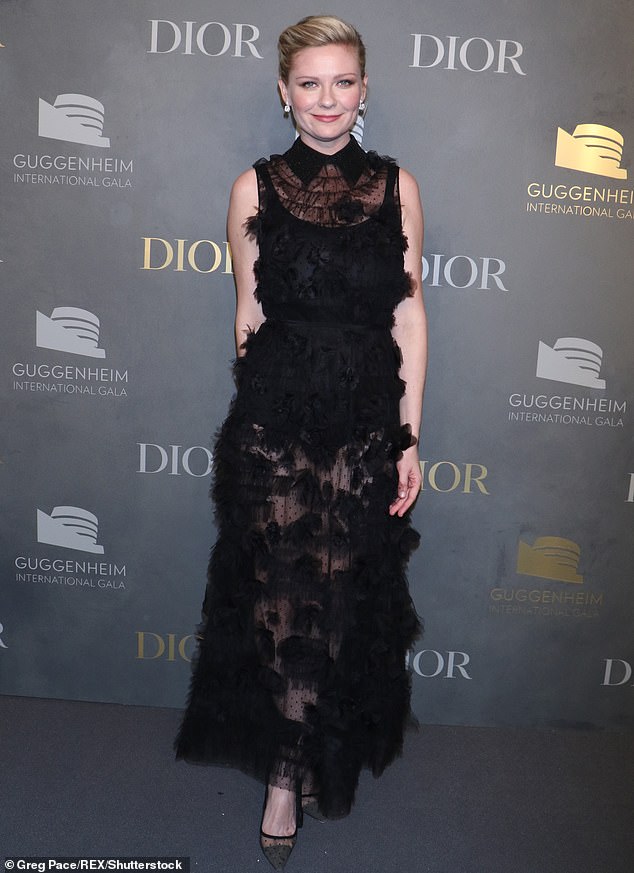 Next year: Kirsten’s new show will stream on YouTube Premium in 2019

It was reported in 2017 that AMC was developing the production but the following year it was announced that the production had moved to YouTube Premium which had given it a series order.

Dunst is a busy woman these days in between working and raising her new baby.

In May, the Fargo actress gave birth to her first child, a son named Ennis, with fiance Jesse Plemons.

She and Plemons made their first post-baby public appearance together in September while attending the 2018 Emmy Awards in Los Angeles. 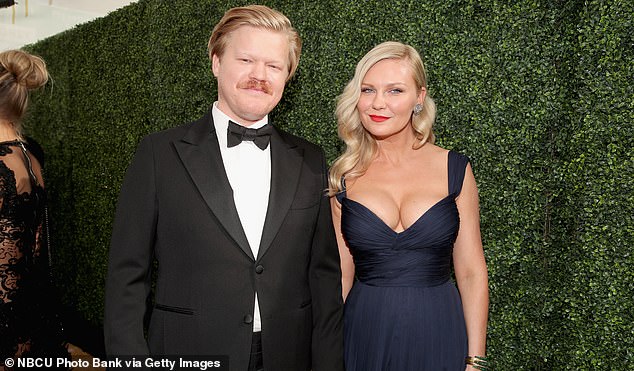 Oh baby! The actress is just getting back to work after welcoming her first child with finace Jesse Plemons in May