Kirsten Gillibrand was interrupted while campaigning in a restaurant by a woman asking for ranch dressing.

The New York senator was on the campaign trail in Iowa when the comical exchange took place on Monday night.

The 2020 Democratic presidential hopeful was sitting on a booth seat giving a speech to restaurant customers, when a woman interrupted her.

Speaking at The Airliner eatery, the politician was stopped by University of Iowa student, Hanna Kinney.

She appeared desperate to get some ranch dressing for her food and had no time to wait while Gillibrand finished her point. 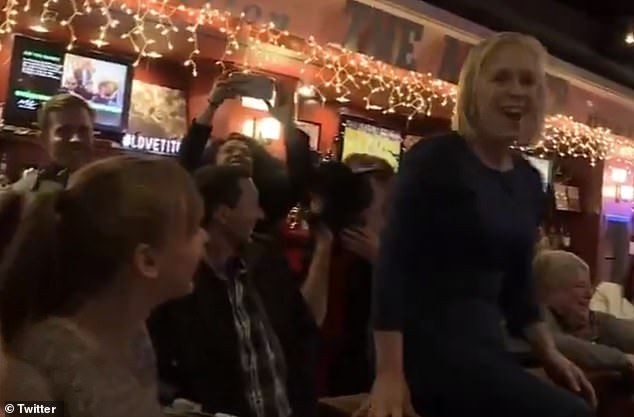 As Kinney said ‘sorry, sorry, I’m just gonna get some ranch’ the crowd at The Airliner restaurant in Iowa City burst out into laughter

In video footage tweeted by a CNN reporter who was at the event, Gillibrand touched Kinney’s shoulder to help her get passed.

As she squeezed through the crowd listening to Gillibrand, Kinney could be heard saying, ‘sorry, sorry, I’m just gonna get some ranch’.

The crowd then broke out in laughter, as Gillibrand carried on with her address.

Passing the senator, Kinney raised her hands in the air and pushed through the photographers and reporters in the restaurant.

Kinney told Fox News she did not know the senator was campaigning at The Airliner that evening, where she dines every Monday after bible study.

She added she ‘definitely wasn’t there’ to listen to Gillibrand’s caucus.

But the joke didn’t end there, with Kinney having to walk back though the crowd standing around Gillibrand in the middle of the restaurant. 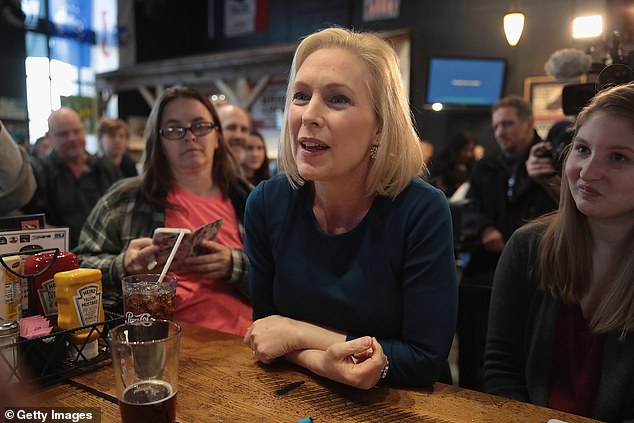 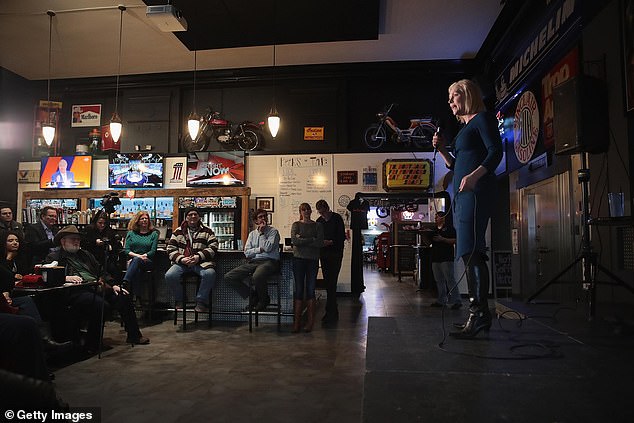 As she moved back through the mob again, the group gave out another cheer when she confirmed she successfully retrieved the condiment.

Before visiting The Airliner in Iowa City, Gillibrand made a stop at the Chrome Horse Saloon in Cedar Rapids, Iowa, where she addressed customers and met guests.

At The Airliner Gillibrand told supporters she was committed to, ‘bold ideas that the base and the grassroots care about’.

She has launched a bit to become the Democrat presidential nominee in the hope of taking on Donald Trump in 2020.

The Democrats are set to have two stages at the first two presidential primary debates with a field of 17 confirmed candidates, with more thought to be joining them.