Kirstie Allsopp claims she’s a victim of a ‘scam’ ad

Kirstie Allsopp has claimed she has been a victim of a scam ad after seeing her face being used to promote dangerous slimming pills on Twitter.

The TV presenter, 47, alleges promoted tweets from a company called Gonagram have run a fake news story claiming she has been sacked by Channel 4, which then leads readers to click links leading to a promotion for a weight loss product.

In a passionate Twitter rant to her 407k social media followers, she told how she has ‘never promoted or sold any diet product and never would’ – before encouraging everyone to report the ‘scam.’

Sharing a screenshot of the ad, Kirstie penned: ‘Dear @Twitter please see attached tweet. You accepted money to ‘promote’ this b****, so please take it down, bar the advertisers and don’t promote false advertising again.’

Kirstie Allsopp, 47, claims she has been used as the face of a ‘scam’ weight loss ad. Pictured on Good Morning Britain in London on 04 September, 2019 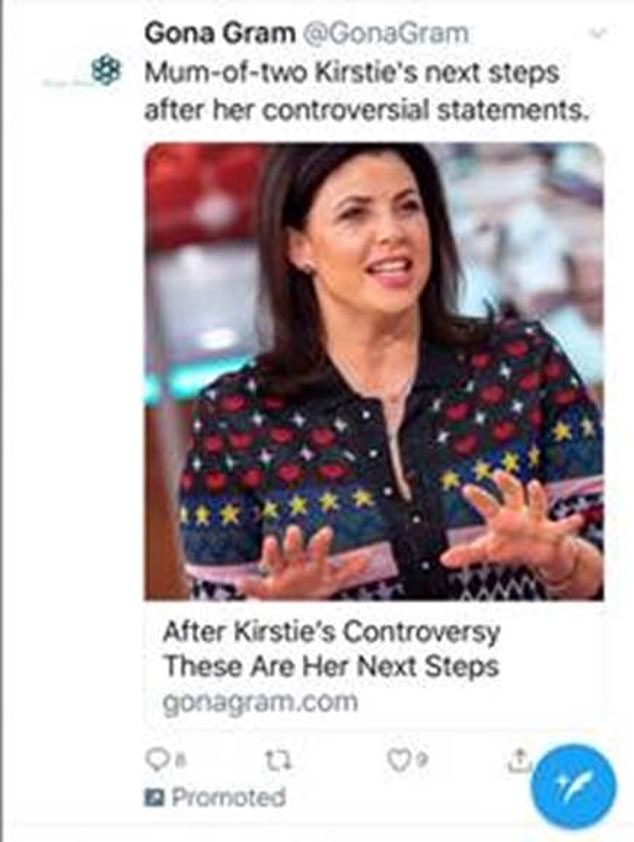 The TV presenter claims promoted tweets from a company called Gonagram have run a fake news story (pictured) claiming she has been sacked by Channel 4, which then leads readers to click on the link which takes them to the weight loss product

And many people on social media have spoken out in support of the Location, location location co-host.

‘Reporting it three or four times a day,’ wrote one, while another commented: ‘Saw it again this morning Kirstie! I hope people realise what rubbish this is that you’d never endorse in a million years.’

A third commented: ‘I’ve had it come up three times on my feed over the last week. Well done for not giving up.’

The mother-of-two went on to explain she will continue to ‘make a fuss’ over the ad until someone gets ‘prosecuted for fraud, false advertising, false use of a registered logo and a lot else.’ 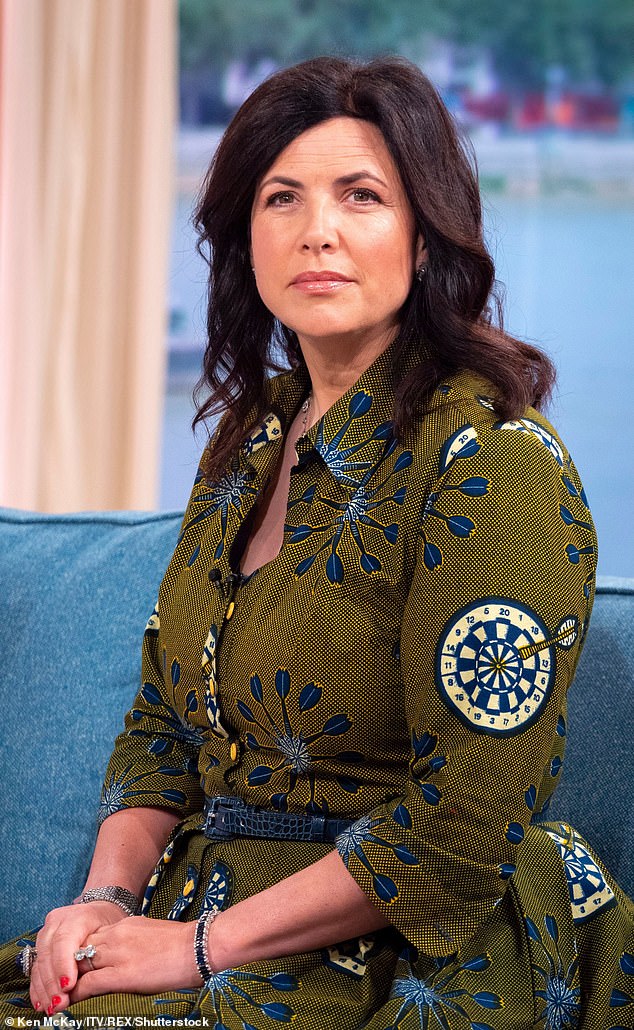 The mother-of-two shared  a screenshot of the advert, before asking Twitter to remove it. Pictured, Kirstie Allsopp on ‘This Morning’ on 1 July, 2019

Social media users spoke out in support of the Location, location, location co-host, with one saying: ‘I hope people realise what rubbish this is that you’ve never endorse in a million years’

She added: ‘You’re helping me but you’re also helping yourselves, because we must all work to ensure that social media is not a truthless environment.

‘I’m so glad I read this as I nearly ordered these tablets!!!! This is shocking,’ wrote one, while another commented: ‘I’m still seeing the advert and I very nearly just bought the tablets. Glad i checked your page first.’

The presenter claims that four days after Twitter was first alerted to the problem of fraudulent promoted tweets, they got in touch to say they ‘have now suspended the account’.

‘The word sorry hasn’t cropped up yet, but don’t worry, I’ll make sure it does,’ she added. 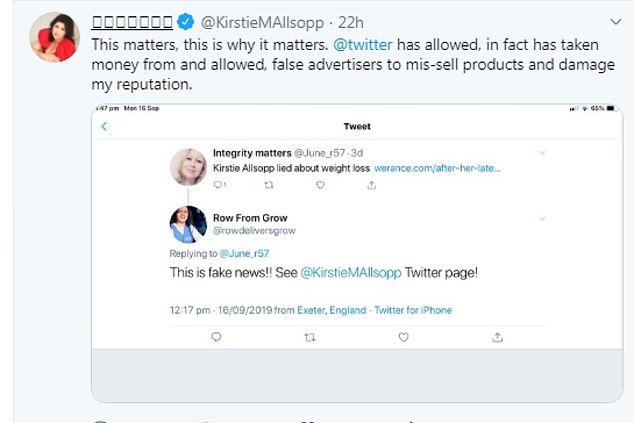 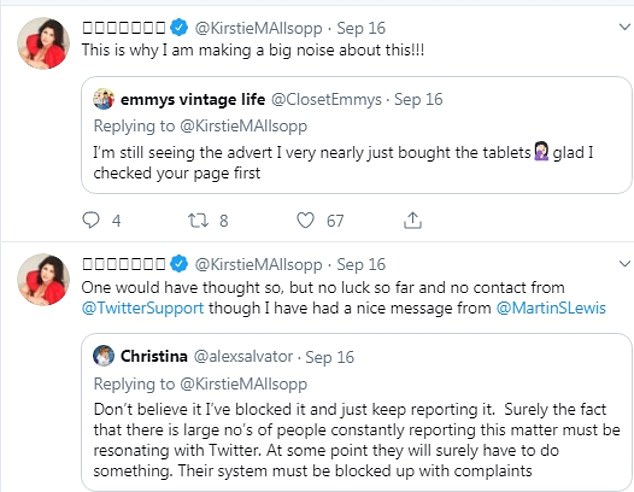 Sharing an update on the story, Kirstie explained that four days after she alerted Twitter to the problem of the fraudulent claim they have got in touch to say the account has now been suspended