And Kirstie Allsopp, 46, has revealed how simple tweaks including giving up potatoes, and shunning wine, sugar in her tea and aubergines helped the pounds melt away.

‘It’s not complicated. The main tenets are three meals a day, with a five hour gap between,’ she told Femail. ‘The first bite should always be protein. Eat greens and proteins and keep carbs to a minimum.’

The slimmed down TV star, who revealed she never discussed her lifestyle change with her long-term partner, said being overweight was a ‘personal choice’, and added that everyone has a ‘responsibility’ to be at their healthiest.

Freer’s plan starts by eating very simple meals for a few days and reintroducing your regular foods to find out what works for you.

‘I haven’t really been a pasta person for a while. It’s viewing vegetables as carbs. It’s always the beans, the broccoli – there’s no need for potatoes,’ Kirstie said.

‘It’s really how everybody should eat. We just should have more greens and less sugar. That’s the most extraordinary thing when you reduce your sugar. It’s weird, it doesn’t feel as if you’re depriving yourself when you think it isn’t part of your life.’

Despite looking noticeably slimmer thanks to the plan, Kirstie insists that she has no idea if her partner of 13 years Ben Andersen has noticed, as they have never spoken a single word about it. 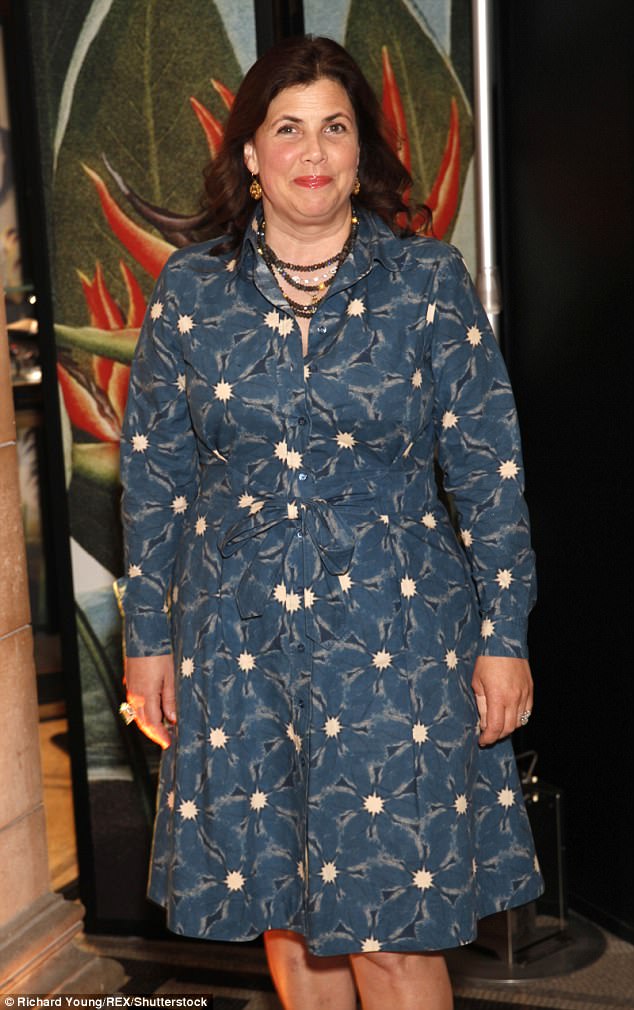 The mother-of-two has given up potatoes, wine, sugar in her hot drinks and aubergines as part of her new healthy regime

‘I’ve never asked and he’s never made any comment. We’ve never discussed it,’ she explained. ‘The decision to lose weight is not about other people. It’s only about other people in that you have a responsibility to your health. We all have our own personal paths. You have to believe it’s right to do it.’

Taking responsibility for your health is a topic close to Kirstie’s heart, and she insists there’s no excuse not to slim down if you are overweight.

‘We have a responsibility to be at our healthiest,’ she said. ‘Being overweight is not a part of that. Everyone does. We all do. I do, you do,’ she said.

‘We have an extraordinary asset in the NHS and we need to truly respect it. Being overweight obviously is a matter of personal choice. 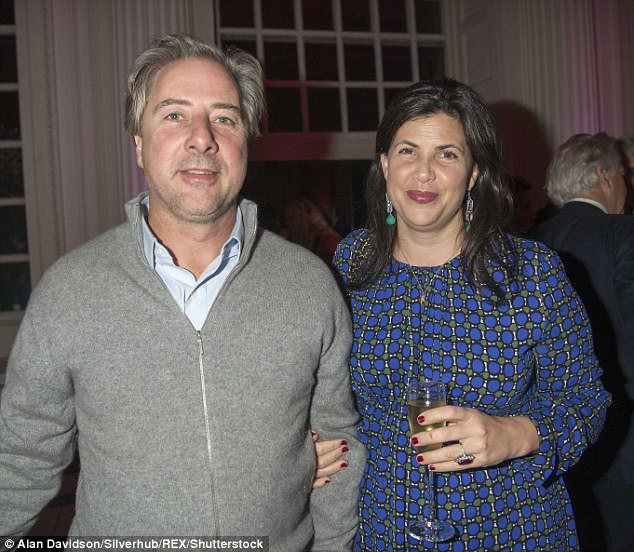 ‘Like with smoking, like with drinking, like with driving too fast and all the things that are bad. We all make our choices. In the main, there are some conditions which make it harder to lose weight. Those are very, very few and far between. The majority of us can if we want.

‘My personal feeling is that for me I knew being overweight on my 50th birthday is the number one risk for breast cancer. That is entirely my choice.’

For most people a significant weight loss means hitting the shops for a new wardrobe, but Kirsty had no need as most of her clothing is handmade. 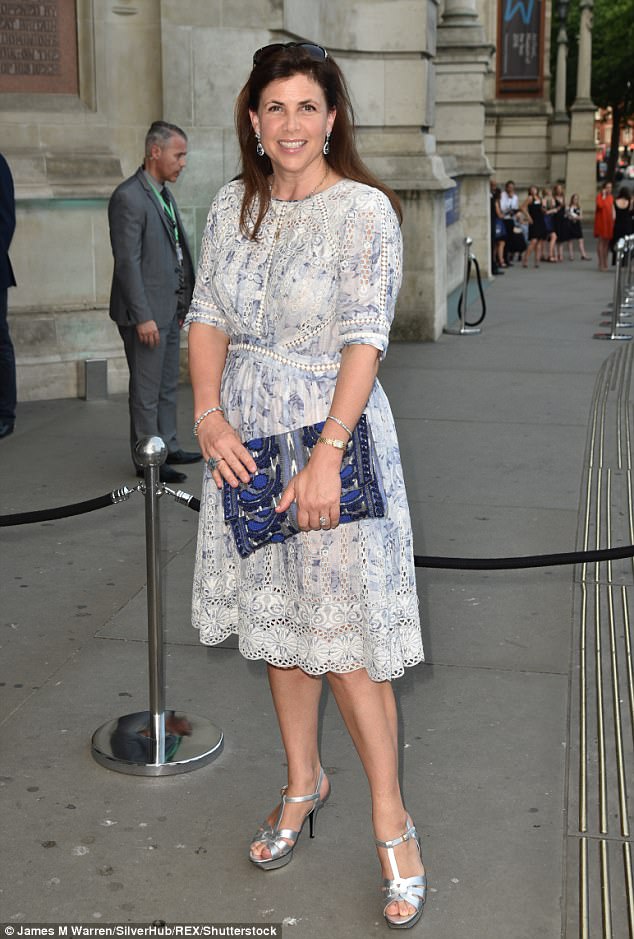 ‘I had my things altered. I design a lot of my own stuff. As it had been made in the first place it could be altered. I had lots of stuff taken in,’ she explained.

She was also able to revisit some old favoutites that hadn’t seen the light of day for a while.

‘I don’t throw stuff away. I had quite a few things upstairs in the attic in Devon,’ she said. ‘I just brought them out again. I’m a passionate believer in sewing and craft.’

If you have old clothing that can’t be altered to fit, Kirstie suggests thinking about what else you could make it into?

Amelia tailors people’s diets based on what foods do and don’t suit them after the approach worked for her.

Rather than cut out everything all at once or go ‘cold turkey’, Amelia made one change at a time and is now living what she describes as a: ‘gluten, dairy and refined sugar free life.’

Amelia has previously revealed that she decided to become a nutritionist after going to see one herself in her 20s.

She was working as Prince Charles’s assistant at the time and when she found herself exhausted she realised it was not down to her job but down to the food she was eating.

At 28 she went back to college and studied for four years at the Institute for Optimum Nutrition and has been helping people ever since.

Here’s what she recommends for a balanced, healthy diet. 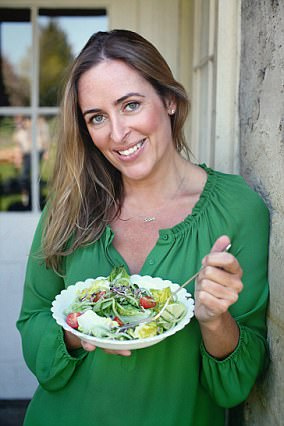 Water should make up the majority of your fluid intake. If you don’t like plain water, try adding slices of cucumber or lemon. Also try herbal teas and organic milk. Drink tea and coffee in moderation: no more than one to two cups of coffee or three to four cups of tea a day.

Six portions of veg of all varieties should form the foundation of your meals, as they’re filling and rich in vitamins, fibre, minerals and beneficial nutrients.

If you’re not eating anywhere near three portions of fruit and six veg at the moment, increase your intake by just one extra portion per day, working your way up.

Eat three portions a day but make it more than meat or fish. Try plain yoghurt, tofu, chickpeas and eggs. Avoid sausages and other processed meats.

We get plenty of carbohydrates from fruit and vegetables, as well as from plant-based proteins such as beans and peas, so the two portions of complex carbohydrates are option

Opt for the lowest sugar, highest fibre and least processed carbohydrates you can find such as sweet potatoes and rolled oats. The more it looks like it did when it was growing, the better.

You may want to stick to a couple of reasonably sized portions each day to make sure you give your body the nutrients it needs, without going overboard and tipping the scales. Try a quarter of a medium avocado or a tablespoon of nut butter.

‘Could it be a cushion? Could it be a napkin? I had a beautiful piece of Eastern European fabric and I made it into napkins. Old tablecloths can be made into curtains.

‘If you’re thinking, “What on earth am I going to do with this?” you can put it in the internet and see someone else has probably done something very clever with the same thing.’ 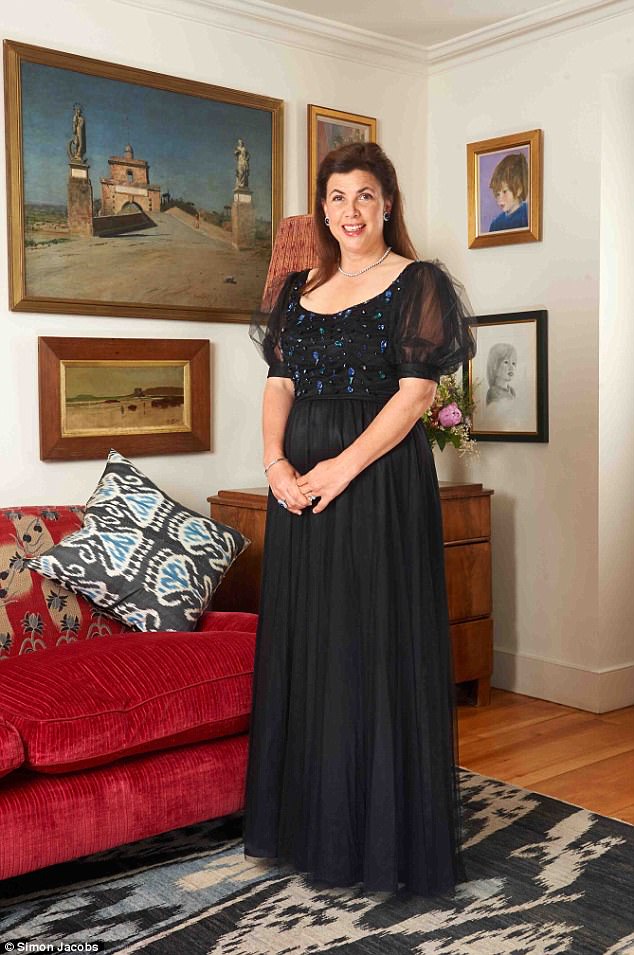 Kirstie Allsopp will be appearing at The Handmade Fair at the Green at Hampton Court Palace, 15th – 17th September. For tickets go to www.thehandmadefair.com