Mr Corbyn was seen saying something under his breath after Mrs May likened his attempt to force a confidence vote in her to a Christmas pantomime.

After video footage was shared online, Mr Corbyn claimed in the Commons that he actually said ‘stupid people’ – but lip readers told MailOnline they were 100 per cent sure he said ‘woman’.

And West Wing actor Lowe was joined by the likes of TV presenter Kirstie Allsopp, DailyMail.com US Editor-at-Large Piers Morgan and comedian Russell Kane in tearing into Mr Corbyn.

Lowe, who also starred in Parks and Recreation, tweeted: ‘FYI, I have to say, I saw Jeremy Corbin call the Prime Minister a ‘stupid woman’ with my own eyes watching on Sky News.’

Morgan described it as ‘shocking sexism’, tweeting: ‘Unbelievable. Corbyn’s now denying saying ‘stupid woman’ to Theresa May. This is obviously a flagrant lie.

‘Shocking that he is trying to dig himself into an even deeper hole. For God’s sake, Jeremy Corbyn – we can see you saying it. Come back to the House and profusely apologise.’

He later added: ‘If Corbyn persists in claiming he didn’t say ‘stupid woman’, when we can all see he did, why should we believe anything else he says ever again?’

And Allsopp tweeted: ‘Women won’t forget it, that particular insult is very old and goes very deep. Corbyn has form in this regard and this is a timely reminder of that.’

Meanwhile 2004 X Factor winner Steve Brookstein said: ‘Years of labour pushing snowflake politics ‘you can’t this and you can’t say that’ is coming home to roost. 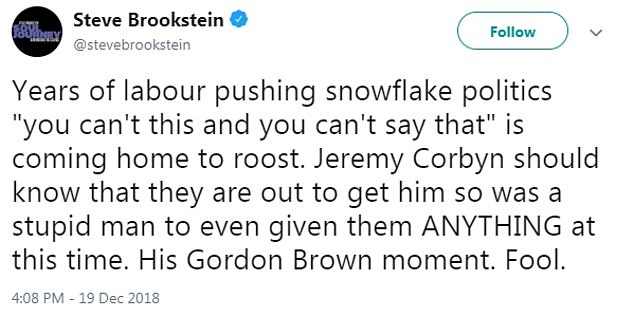 ‘Jeremy Corbyn should know that they are out to get him so was a stupid man to even given them anything at this time. His Gordon Brown moment. Fool.’

And comedian Russell Kane tweeted: ‘Get Danny Dyer into the Commons. He would have commented on her speech with a: ‘Sit down you silly c**t’.’

Ex-Norwich City footballer Darren Huckerby added: ‘If you are gonna blatantly lie when 20 million people have seen you say it, what else are you going to lie about?’

Earlier, Mrs May suggested Mr Corbyn apologise if he had indeed used ‘inappropriate language’ as the row overshadowed a heated PMQs that had focused on Brexit. 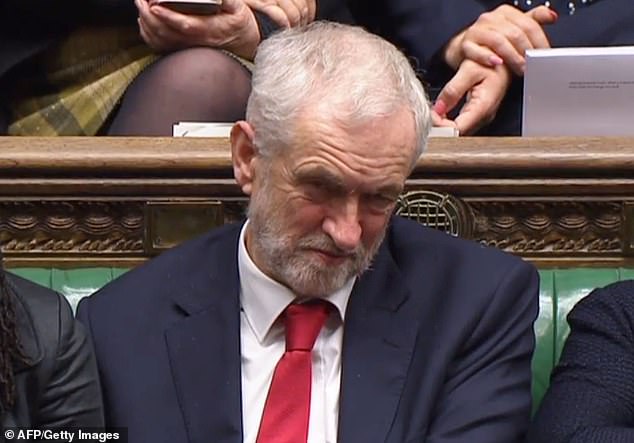 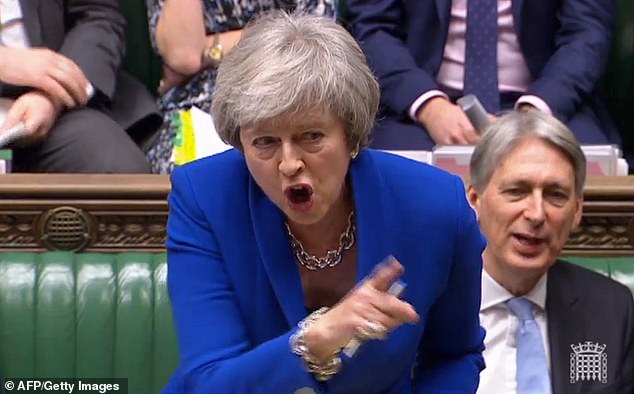 Speaking on a subsequent visit to London Heathrow Airport, the Prime Minister said that with 2018 marking the centenary of women getting the vote, ‘I want to see more women encouraged to come into Parliament and not put off by the sort of remarks that they might feel have been said in Parliament’.

She added: ‘The Speaker made very clear that if a Member of Parliament uses inappropriate language then they should apologise.’

The almost immediate circulation of footage of Mr Corbyn prompted uproar in the Commons, with shouting and heckling as a succession of MPs demanded action from Speaker John Bercow.

But he triggered a furious response from a slew of female MPs, including Commons leader Andrea Leadsom after refusing to take immediate action because he had not seen the incident. 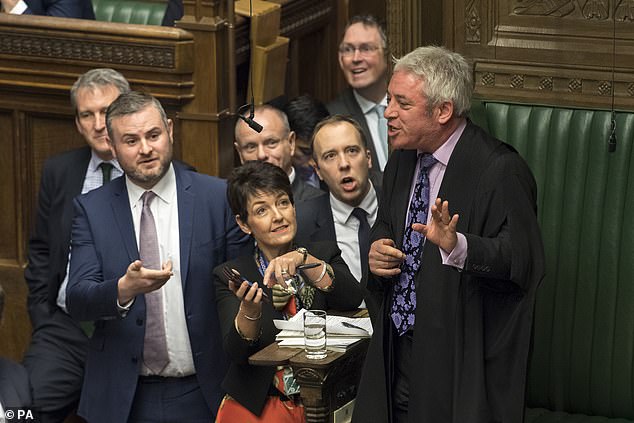 Mr Corbyn had already left the Common chamber by the time the points of order were raised and his spokesman later said he had not said anything that required an apology.

Later, Mr Corbyn told the Commons: ‘During Prime Minister’s Question Time today, I referred to those who I believe were seeking to turn a debate about the national crisis facing our country into a pantomime as ‘stupid people’.

‘Mr Speaker I did not use the words ‘stupid woman’ about the Prime Minister or anyone else, and am completely opposed to the use of sexist or misogynist language in absolutely any form at all.

‘I’m happy to place that on the record at your request this afternoon.’