KISS star Gene Simmons, 69,  admits his ‘past is chequered’

Gene Simmons has spoken candidly about his treatment of women in an interview with The Project on Wednesday night.

In a frank discussion on the panel program, the KISS bassist conceded that some of his past behaviour had ‘been out of line’, but insisted he has a ‘wonderful family’ and ‘sleeps well at night’.

It comes just eight weeks after it was reported that the 69-year-old rocker had settled a sexual misconduct lawsuit out of court.

‘Some of my behaviour has been out of line, but I’m a good guy’: KISS star Gene Simmons, 69, spoke candidly about his treatment of women during an interview with The Project on Wednesday

When The Project’s co-host Carrie Bickmore asked Gene about his behaviour, he replied: ‘Well, I’m sure some of it’s been out of line, but I’m a good guy. I sleep well at night. I have a wonderful family and kids. And it is true that people can say all kinds of things, but I happen to be a good guy.’

He continued: ‘The unfortunate thing is there used to be something called presumption of innocence that the courts would handle something. Now, you know, the internet and stuff – look, I wish everybody well. My past is chequered, like most peoples is, and let those who are without sin cast the first stone.’

The hit-maker then admitted that being in a superstar band had allowed him to, at times, act ‘inappropriately’ in decades gone by. 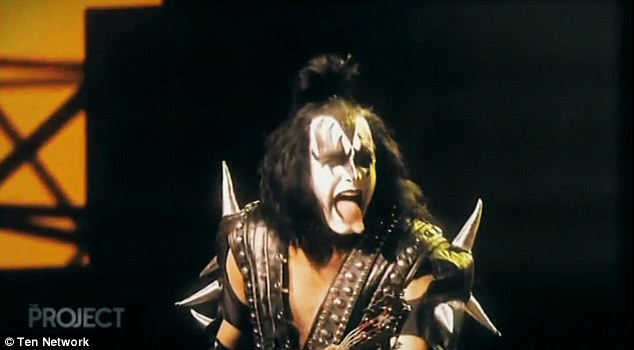 KISS and tell: The hit-maker tadmitted that being in a superstar band had allowed him to, at times, act ‘inappropriately’ in decades gone by

He stated: ‘You’re in a band, and the arrogance and cocksmanship, if you will – in the ’70s and ’80s, and even later on, you could come out and just be brazen and sort of inappropriate and go, “Yeah, that’s right – you’re in a band!” I wouldn’t have been able to gotten away with any of that if I were a dentist or politician or plumber.

‘For guys, especially, when ladies aren’t around, we’re full of garbage. We talk garbage. We do all kinds of stupid stuff. And if it wasn’t for the highest form of life on earth – women, our mums, our daughters, our wives, girlfriends and so on – you know, we’d be living in darkness’.

Gene then personally acknowledged the women in his life, saying: ‘If it wasn’t for my mother and (wife) Shannon and especially Sophie, my daughter – she holds my feet to the fire, and rightfully so’. 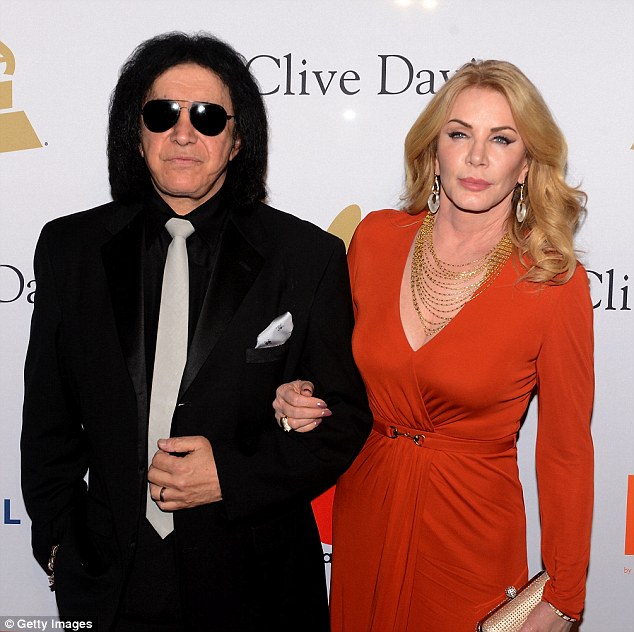 Loved up: Gene has been with his wife Shannon Lee Tweed since  1983. The couple is pictured in 2017

Gene’s comments come after he hit headlines after being accused of sexual misconduct.

Last December, a female radio personality filed a lawsuit against the rocker, claiming he made ‘unwanted, unwarranted sexual advances’ towards her.

The incident allegedly took place on November one, last year. 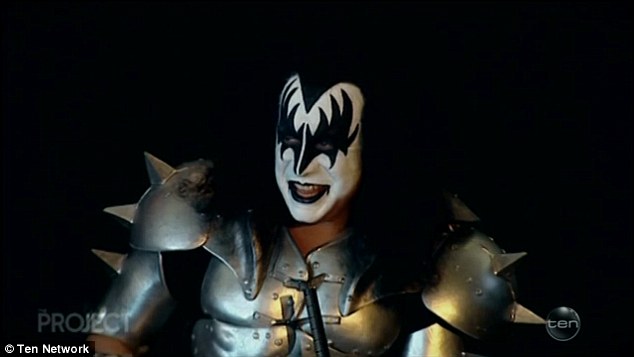 ‘People can say all kinds of things, but I happen to be a good guy’: Gene has been in the spotlight for almost forty years

Gene vehemently denied the allegation, taking to Twitter on December 17, stating: ‘Friends, I intend to defend myself against any alleged charges you may have been reading about in the media. For the record I did not assault the person making these accusations in the manner alleged in the complaint or harm her in any way.’

He continued: ‘I am conferring with my lawyers with the aim of vigorously countering these allegations. And I look forward to my day in court where the evidence will prove my innocence’.

Last month, however, The Huffington Post reported that the accuser’s attorney had told a court that a settlement had been reached.

It is unknown if Gene paid money to settle the claims.

Rock icons: Gene (top left) pictured with his superstar band KISS back in 1975