Kitten pulled from under a car bonnet in China

This is the incredible moment a trapped kitten is saved after getting stuck in a car bonnet for hours in northern China.

Onlookers noticed an adult cat wandering around a car park when they heard a meow from a white SUV.

The kitten was reunited with its mother after two hours of attempted rescue by a mechanic on August 24.

Professionals were called to help locating the trapped kitten inside the SUV in Hebei, China 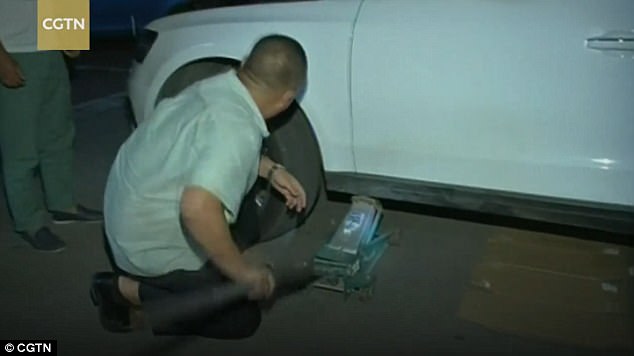 According to Qinhuangdao Television, the incident happened at the broadcasting station’s car park at 6pm.

Ms Liu was told by her colleagues that a cat meow sound was coming from her white SUV.

Footage uploaded by CGTN shows an adult cat, appearing to be the kitten’s mother, staying close to the car.

Ms Liu told the reporter that the adult cat was living around her neighbourhood in residential district at Guangcheng street of Qinhuangdao, Hebei Province.

It is believed that the mother cat had been following Ms Liu’s car for three kilometres (1.86 miles). 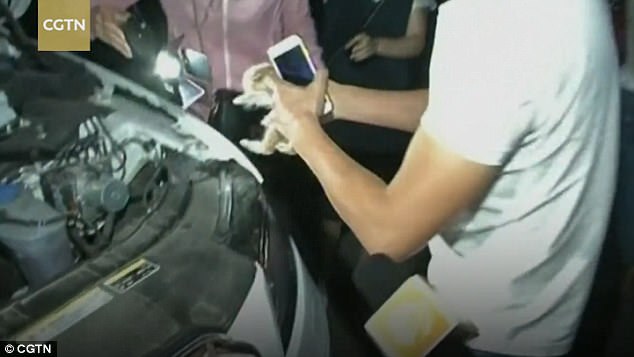 After two hours of rescue, a yellow and white tabby kitten was found under the headlight 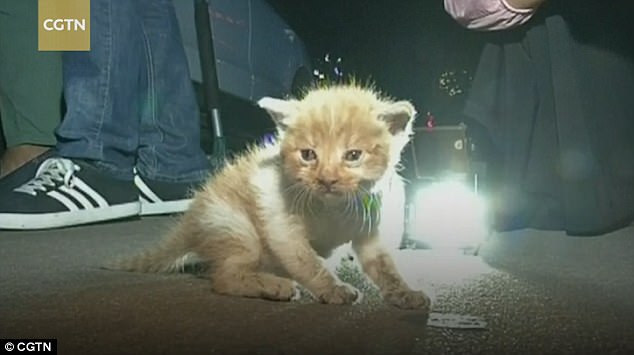 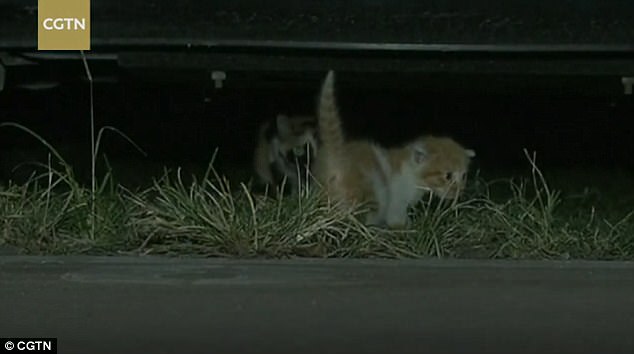 It then ran towards its mother, which had followed the car for almost two miles in the morning

Ms Liu and few of her colleagues had to call for professionals after failing to locate the kitten.

Shu Tian, an auto repair worker, used a hydraulic jack to lift up the front of the car.

He then removed the skid plate at the bottom and found the kitten by following its sound.

‘The kitten is trapped below the right headlight, near the skid plate,’ Shu told the reporter.

Video footage shows the tiny yellow and white tabby standing still in front of the camera after being trapped for hours.

The kitten was found to have no injuries.

Onlookers were excited to see the kitten after a two-hour wait.

The kitten was then reunited with its desperate mother.