A kitten with two faces named Biscuits and Gravy has died three days after it was born on an Oregon farm.

The ‘Janus’ cat, who had two noses, four eyes and two little mouths only had one brain stem, but was still able to eat and meow with both mouths.

Two-faced cats are named after the Roman god Janus, who had two faces. Roman mythology said that one looked forward into the future, while the other looked backwards into the past.

This included keeping him fed regularly and also ensuring that he was warm.

Pictured: The two faced ‘Janus’ kitten, Biscuits and Gravy, belonging to the King family from Oregon who announced on Sunday he had sadly passed away

In a post of Facebook the King family, who owned Biscuits and Gravy said that the family veterinarian had said their new addition had been doing very well.

‘He ate a lot, and he peed and pooped a lot. He just didn’t grow. It’s hard work for a little guy like him to support a large head with two complete faces,’ the family wrote.

In a separate post, Kyla from the King family said: ‘I feel so blessed to be a part of the story of Biscuits and Gravy and how he brought joy and hope to so many people. We loved him and cared for him and he passed in my hands.

‘We are thankful to still have his siblings to care for and they are just as precious. I can’t express to you how much this experience has meant to me.’ 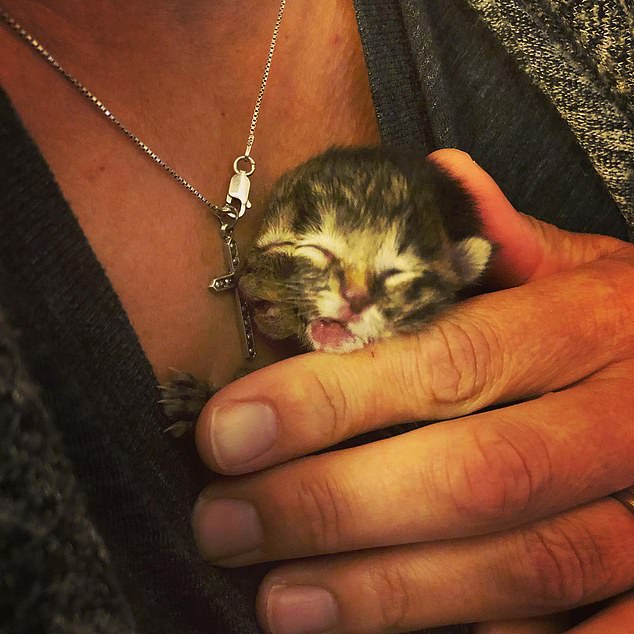 Two-faced kittens are expected to survive for a day after they are born, but Biscuits and Gravy was able to live for almost four, with the family vet saying he was initially doing well, and was able to eat and meow with both faces 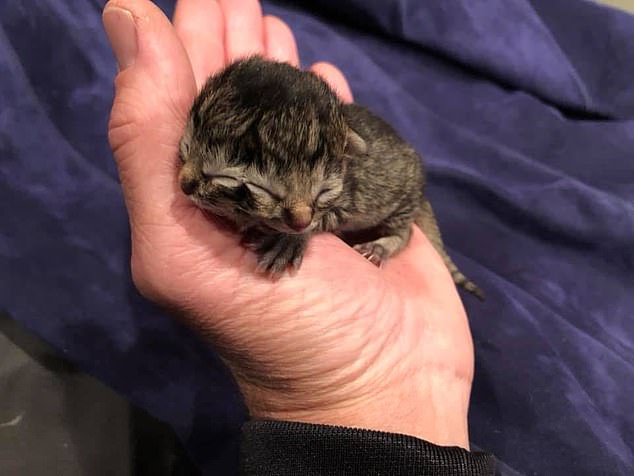 Pictured: Biscuits and Gravy lies in the palm of a hand belonging to a member of the King family, who set up a Facebook page for their unusual kitten

The kitten was an instant hit with online fans, with many followers offering their condolences to the family who announced the cat’s death on Sunday.

One Facebook user, Elizabeth Lucas, wrote: ‘Biscuit was a very special high needs kitty you could have never seen coming. You adapted like champs.

‘Everyone already knew the mortality rate was high for these cats, and you guys dedicated so much time and effort into giving them the best quality of life you could.’

Another, Sonia Carter, said: ‘Thank you for sharing Biscuits and Gravy with us. This little two face kitten appreciates all the love and care you gave. While the loss is sad (for all of us), to love a animal is a great gift.

‘I hope in time, those precious memories of this sweet little kitty will help heal your heart.’

Writing on Facebook, they said: ‘We thank all of you who have been so kind, prayed, and wished the best for Biscuits and Gravy. So many of you care and wanted to follow his progress, and some said very nice things to and about us. We will never forget your kindness.’

Despite the odds, another two faced cat called Frank and Louie lived for 15 years, and even appeared in the 2006 edition of the Guinness World Records book. 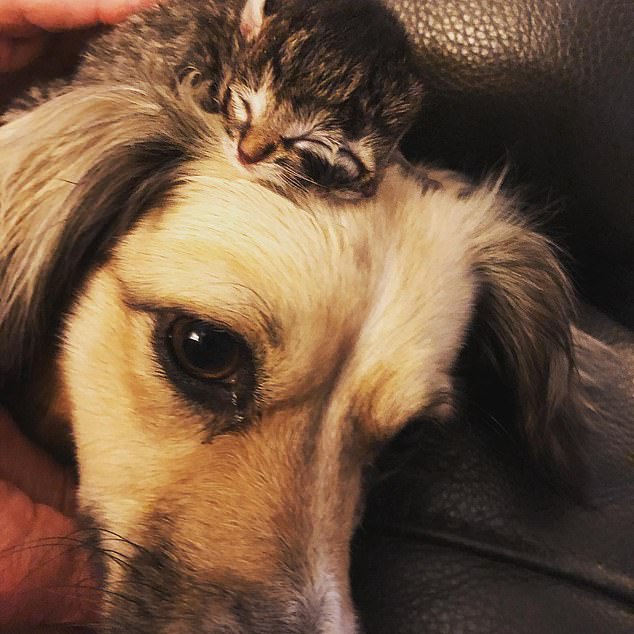 Upon announcing the death of Biscuits and Gravy, there was an outpouring of condolences from fans of the King family’s cat, pictured with the family dog 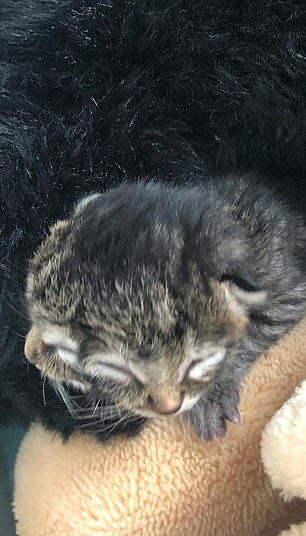 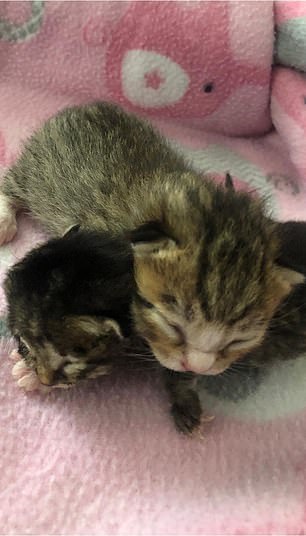 Left: Biscuits and Gravy was one of a litter of six. Right: Two of the other litter, who were all born healthy