Klimt/Schiele review: Stresses how much Schiele owed to his art elder

And it seeps through Gustav Klimt’s preparatory drawings for Medicine, one of a series of paintings commissioned by the University of Vienna that offered visions of nudity, death and decrepitude as well as the decorative gold detailing the shocked university expected.

The above-mentioned works are in the Royal Academy’s intoxicating and occasionally troubling new exhibition, a collection of more than 90 on-paper pieces by Klimt and Schiele, on loan from Vienna’s Albertina Museum. 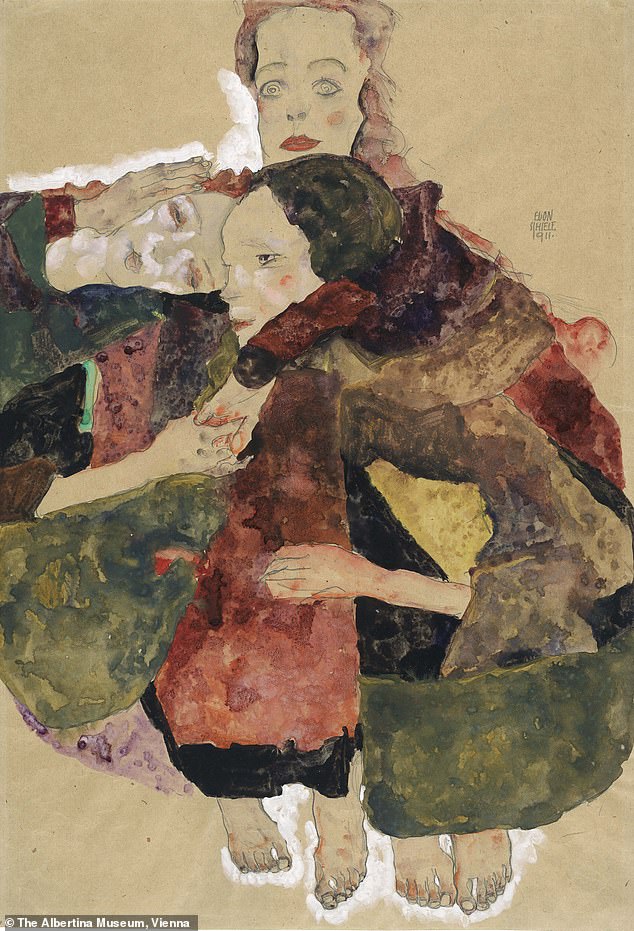 Some, like Klimt’s Standing Female Nude (Study For The Three Gorgons), a drawing made for the Beethoven Frieze at the Secession Building in Vienna, are marvels of the enticing curved line.

Invariably, though, it’s the existentialist eroticism of Schiele’s provocative pencil-and-chalk portraits, and watercolour and gouache portraits – often outlined in white to show the emanation of intense inner energy – that will be the stars of this show.

Simultaneously tender and vicious, in his own way Schiele was as stylised as Klimt, but he screwed down that style until it revealed hidden truths – often the same uncomfortable ones that Sigmund Freud, then living in Vienna, was discovering.

Both artists died in 1918. Klimt was young at 55, but Schiele was only 28 when he perished, in the Spanish Flu outbreak, on October 31, just three days after his pregnant wife had succumbed to the virus.

Klimt, responsible for world-famous works such as The Kiss, had unlocked the door of repressed Austrian sexual mores. Schiele, his protégé, wanted to fling that door wide open, using his self-portraits to explore the sexual ambiguity and social confusion he saw around him.

The Spanish Flu outbreak that killed Schiele and Klimt in 1918 killed 50-100 million worldwide, more than died in WWI.

This show stresses just how much the younger man owed to the older. The awkward angles and gestures of the study Judith II show Klimt had already had many of Schiele’s ideas.

And if you want dark intensity, Klimt’s Portrait Of A Lady With Cape And Hat more than delivers. Schiele’s genius was to push things further.