Jurgen Klopp bemoaned Liverpool’s loss of control after they scraped through a dramatic clash against Red Bull Salzburg with a critical win.

Liverpool’s defence of their title is up and running but the three points they achieved for beating Red Bull Salzburg did not come in the manner Klopp would have hoped; Anfield witnessed the first away goal from a European team since last September as Liverpool – who had led 3-0 – won 4-3.

The last team to score three in a Champions League fixture at Anfield was Real Madrid in October 2014 but Liverpool only had themselves to blame for the difficult predicament; they led 3-0 at one stage but they became far too over-confident. 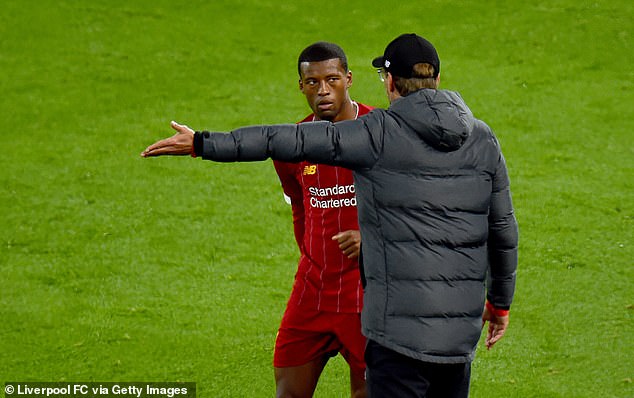 Eventually, they secured three points and following a 0-0 draw between Napoli and Genk, the other two teams in Group E, Liverpool remain firmly in control of their destiny. They will, however, need to step up considerably on this performance.

‘We lost control of the game,’ said Klopp, whose side were cruising after first half goals from Sadio Mane, Andrew Robertson and Mohamed Salah. ‘The momentum changed completely (when Salzburg scored their first goal) and it was really difficult to get a foot in the game again.

‘I am not angry or anything like that. I saw us playing very well then we took the wrong decisions. Half-time we tried to change but momentum is a really important thing. We didn’t get it until the scoresheet was finally equal. Then we got a really important and nice goal (from Salah). 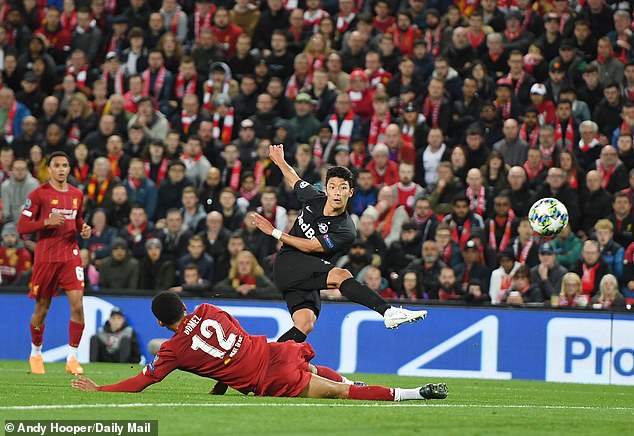 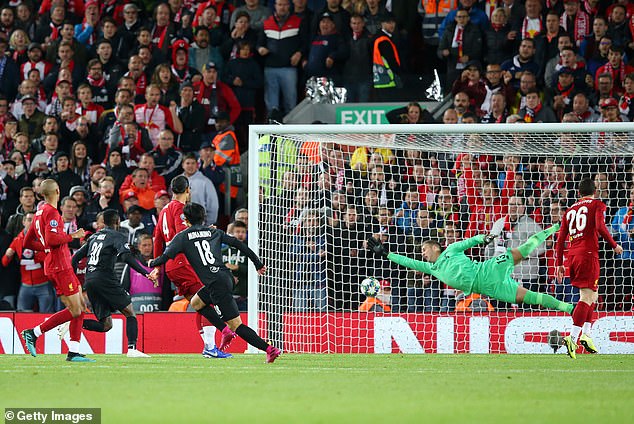 ‘We want to win the game, we did that and now it’s fine. It is better you learn the lesson in the game and sort it during the game but you have to talk about it after the game. We made it more intense than necessary.

‘The mistake we made was we lost control. We opened the door for Salzburg.’

Erling Haaland, the highly-regarded teenager, scored Red Bull’s equaliser and a huge shock looked to be on the cards; their coach, Jesse Marsch, felt his team were in awe of Liverpool to start and that ultimately cost them.

‘At 2-0 we made a formation switch,’ said Marsch. ‘The goal before half-time was really big for us. At 3-3, our guys put a lot into it. The energy of the stadium picked up and it is an incredible team we are playing. We had too much respect for them in the first half.’ 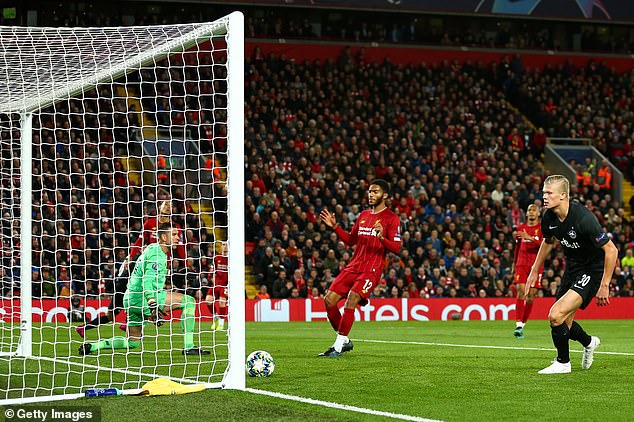 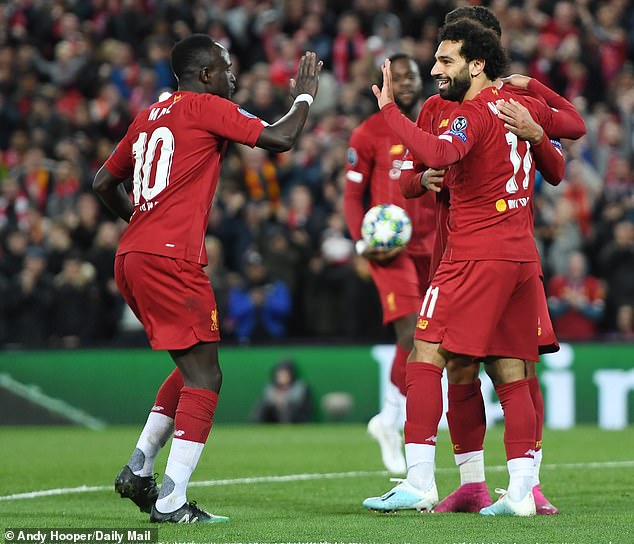