Jurgen Klopp has changed Liverpool’s regular travel plans for the midweek trip to Bayern Munich as he juggles with the demands of a Premier League title race and reaching the Champions League quarter-finals.

Klopp is perplexed that Liverpool – who are going head-to-head with Manchester City for the championship – have been told to face Burnley at Anfield on Sunday, when Bayern have an extra 24 hours to recover from their Bundesliga fixture at home to Wolfsburg.

As a result, he has delayed Liverpool’s journey to Germany. Instead, they will have a serious training session at Melwood on Tuesday morning before flying out – and not visit the Allianz Arena to test the pitch as is customary in Champions League games.

Ordinarily, Liverpool would train at their opponents stadium the day before a European game although they didn’t do so against PSG earlier this season having been warned about the Paris traffic due to disturbances in the city.

Tottenham manager Mauricio Pochettino has previously complained about the domestic schedule being a disadvantage to English clubs in Europe and Klopp concurs.

‘I don’t think anyone at the Premier League thinks about that. It is not interesting to them,’ he said. ‘Of course there is a difference between playing on a Saturday or Sunday. If we had three days, we would do recovery on Sunday morning, Monday you can have a little session, Tuesday a proper session and Wednesday you play.

‘Now it’s Sunday, so Monday is recovery and Tuesday is some kind of session. You usually train in the stadium so you can do nothing, shake your legs a bit. It’s a different situation.

‘That is why we will do it a bit different this time and train Tuesday morning here. But it is only the second day after the game and you can not have everybody fully (flat out).

‘People think we are looking for excuses, we don’t. We accept how it is but somebody else has to think about it. Somebody else who makes decisions.

‘I don’t know exactly why we play Burnley at 12 o’ clock on Sunday and not Saturday at 3pm. Ask BT (who are showing game live).

‘It is all about other people making decisions. Sunday-Tuesday would be a real problem. Sunday-Wednesday is fine, but it could be better.’ 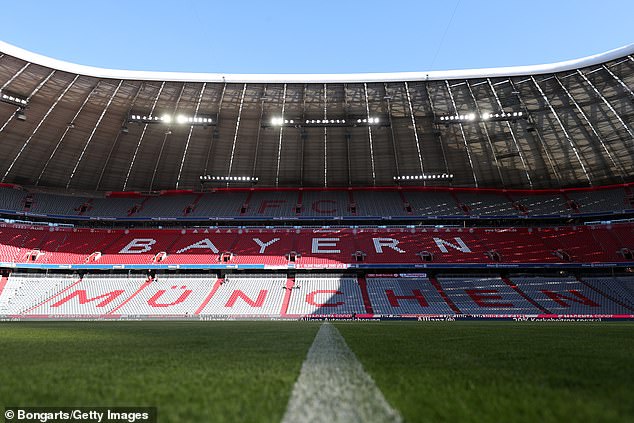 Klopp will put his scheduling concerns aside for today’s lunchtime match with Liverpool having drawn three of their previous four games 0-0. Roberto Firmino hasn’t scored in six games, Mo Salah for four.

In addition, Burnley will test Liverpool physically and in the air through Ashley Barnes, Chris Wood and ex-Red Peter Crouch off the bench. Klopp accused Sean Dyche’s side of ‘dangerous’ play when Joe Gomez suffered a serious ankle injury when the teams met at Turf Moor in December.

‘Barnes has a strong leap to either deflect the ball or win a free-kick with team-mates around him. It is a very obvious plan, a good plan, and difficult to deal with,’ said Klopp.

‘An English plan, why not? As a manager you have to make the best of things you have and that is what he (Dyche) has done since I have been in England.

‘It is always difficult and I think our 2-1 win at Burnley on New Year’s Day was the game of the season for us last year. You have to be ready for a proper fight, then you have a chance. They are really tough.’

Liverpool haven’t been beaten in their last 35 home games in the Premier League and avoiding defeat against Burnley would represent the best record since Manchester United in 2000.

Klopp’s biggest decision is whether to reinstate Xherdan Shaqiri for added creativity. The Swiss international didn’t start a game in February but the manager also has to weigh up Burnley’s threat at set pieces.

‘Shaq’s size is a big advantage in a lot of moments in his football life but in other situations it is not perfect,’ he said.

As the title race heats up however, Klopp is adamant he will not try to rile Pep Guardiola and recreate the Ferguson-Wenger or Mourinho-Benitez mind games.

‘How could I not respect Pep Guardiola,’ he says. ‘I like his teams play football. I am not ready for mind games because I am not interested. I would say it’s all about what happens in the game. I am not Sir Alex Ferguson or Arsene Wenger and don’t what they did or for what reasons.’