‘The difficult finish says more about him than all the other goals he scored’: Jurgen Klopp heaps praise on Mo Salah’s mental toughness after Liverpool star put early misses behind him to net stunner in Salzburg win

The Egypt international had a number of opportunities to give his side breathing space in an absorbing opening 45 minutes but fluffed them all; he also squandered a clear opening within three minutes of the re-start.

None of those failures preyed on his mind, though, as Salah took the most difficult chance of all, after he latched onto Jordan Henderson’s through ball, went round goalkeeper Cican Stankovic and fired in from a position towards the byline. 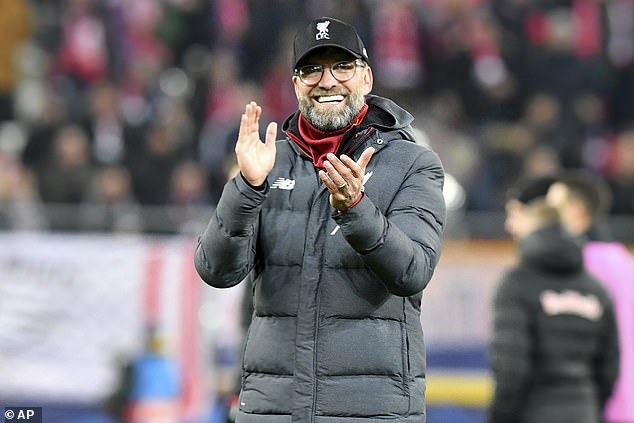 When asked how he would explain Salah’s strike, Klopp replied: ‘Thank God I don’t have to! It was, for sure, the most difficult situation he had.

‘He played really well but didn’t score in the situations we expect him to score, staying on track and making such a decisive.

‘But the difficult finish says probably much more about him than all the other goals he scored. He stayed concentrated, believes in the next moment and it was a very, very good goal. A sensational finish.’ 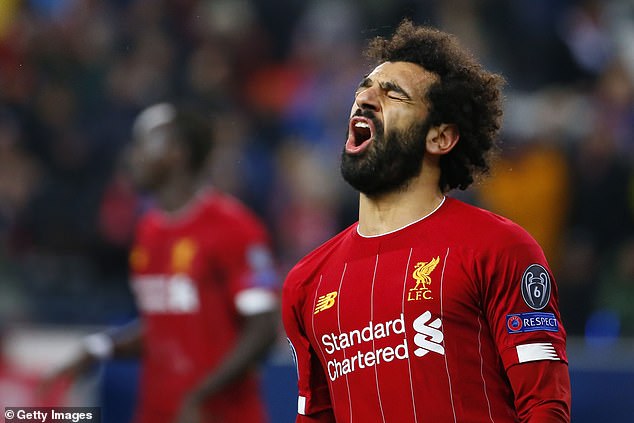 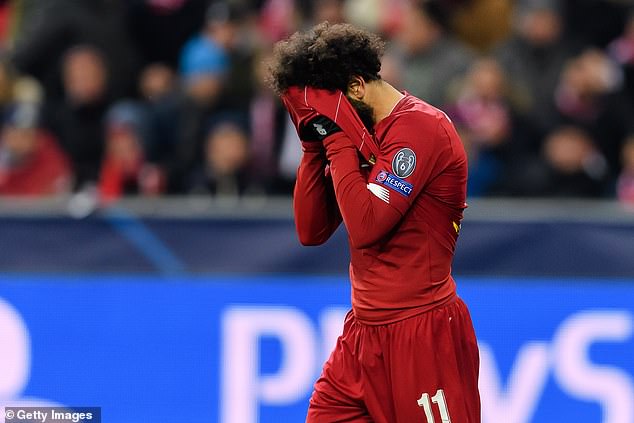 There were grounds to say that this was Liverpool’s most professional performance of a campaign, the tone set within 17 seconds when Virgil van Dijk shoulder-charged Erling Haaland, the Red Bull Salzburg striker, out of the way to stop an attack.

This was the first time since September Liverpool have had back-to-back clean sheets and Klopp, whose side will now enjoy home advantage in the second leg of the last 16 by virtue of winning Group E, felt this was close to a perfect night.

‘I know how people see it, you think about being best in Austria is okay but some people don’t respect that,’ said Klopp.

‘We came here as the current Champions League winners and I really loved that my team was so smart that they listen and put a shift in like that. 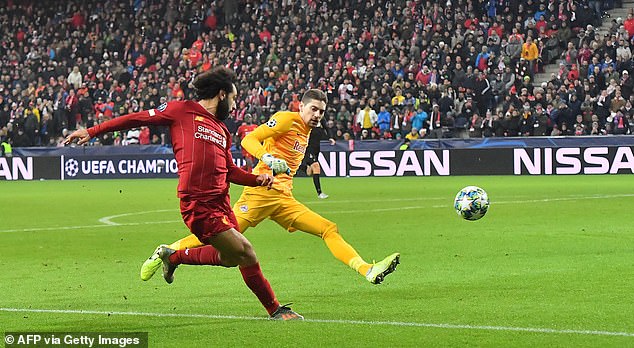 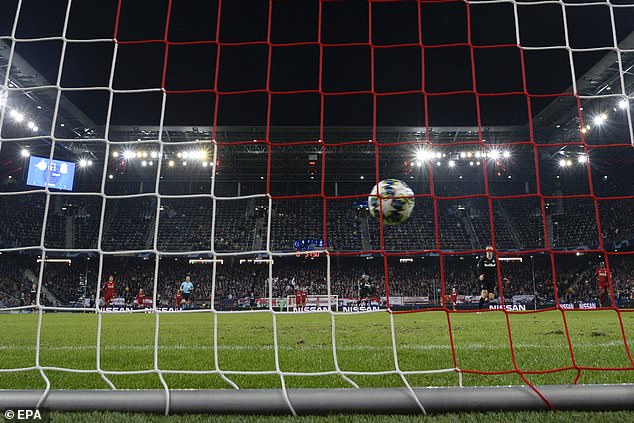 ‘Salzburg were unbelievably strong especially in the first half but we were as well and were ready for the fight. It’s not easy to keep that intensity.’

The only concern for Klopp was a hamstring injury that forced Dejan Lovren off in the 53rd minute. The Croatia international limped to the team bus afterwards and it means Van Dijk and Joe Gomez are the only fit central defenders.

‘It wasn’t cool,’ said Klopp. ‘He played really well and was very important in those 55 minutes. We don’t know how bad it is at the moment. We have to see.’