Mohamed Salah is in dangerous form right now and Liverpool manager Jurgen Klopp can only imagine how self-assured he might become should he prosper at Sevilla on Tuesday.

The Egyptian winger scored twice in Saturday’s 3-0 victory over Southampton, bringing his tally to 14 goals in all competitions since he joined the Reds from Roma in the summer.

Salah’s next outing will come against Spanish side Sevilla at the Sanchez Pizjuan in a Champions League match from which Liverpool are seeking a victory that could put them into the next round. 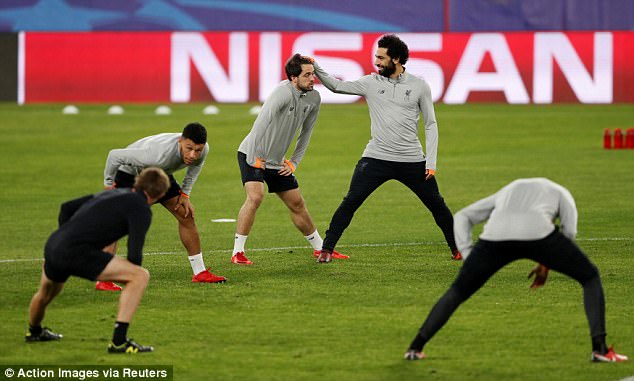 Klopp was not willing to dwell on Salah’s display at Anfield, instead expressing his hope the player can find a further confidence boost in Spain.

When asked if Salah has exceeded his expectations, the German manager told liverpoolfc.com: ‘He has reached them at least, that’s clear.

‘I like his goals and all that stuff but we don’t have to talk about that, it’s in the past. I’m more interested in his performance tomorrow night. He could get confidence off this.’

Liverpool lead Sevilla by a point in Group E, while Spartak Moscow are another two points behind in third, and Klopp wants things to be simpler by the time the sixth matchday rolls around. 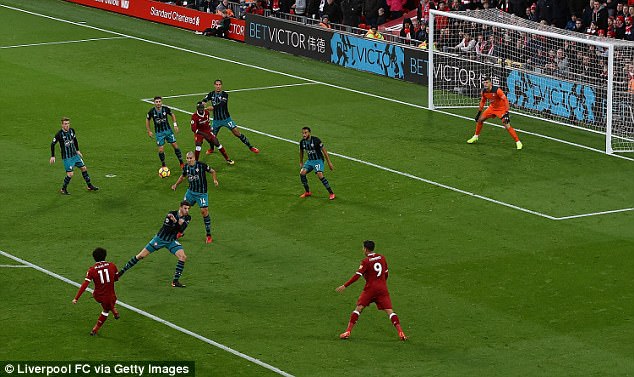 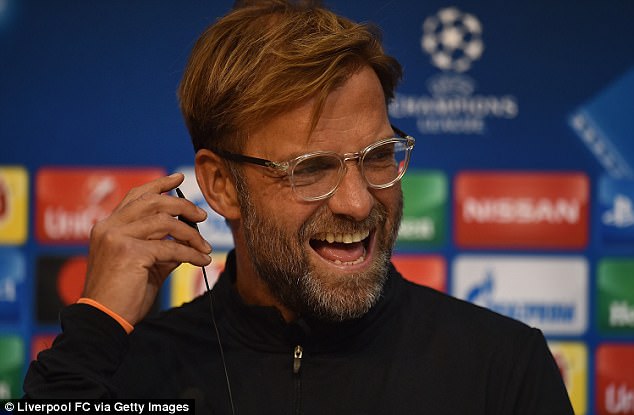 Klopp insists that Salah has ‘reached’ his expectations, not exceeded them just yet 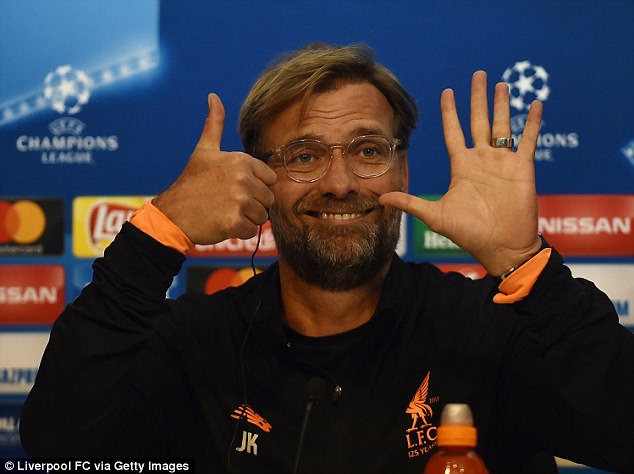 ‘When you come to the end of the group stage the more decisive the games are,’ he said.

‘It’s all good so far. It’s a really interesting journey in the Champions League.

‘But it depends on the result tomorrow whether it will be another interesting two weeks.

‘(Sevilla) are a good football playing team and that’s the Champions League and how it should be.

‘We’re looking forward to it.’ 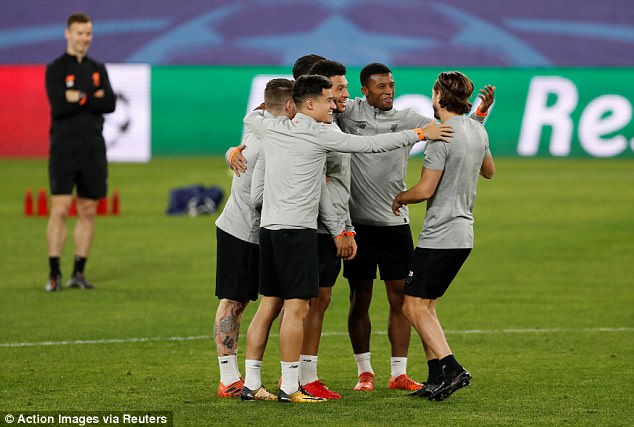 Liverpool sit first in the Champions League group, one point above Sevilla with two games left