Liverpool manager Jurgen Klopp is refusing to accept the favourites tag before his side meet Manchester City in the second leg of their Champions League quarter-final.

Last week the Reds beat Premier League leaders City 3-0 at Anfield to put one foot in the last four of the European Cup but Klopp will not allow any complacency at the Etihad on Tuesday night.

He said: ‘I am not interested (in the favourites tag). We are only in the lead. It is better than I expected but you all know there is still a lot of work to do. 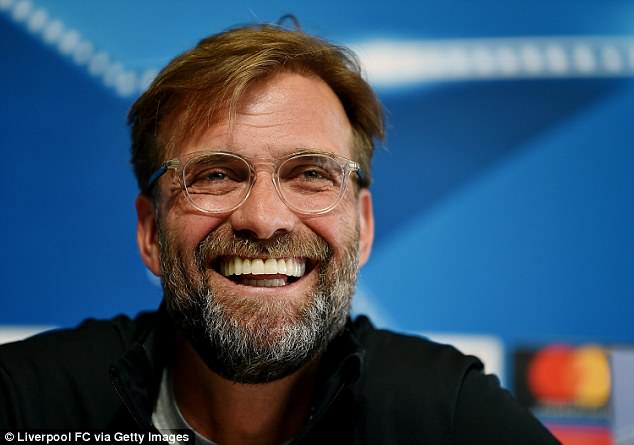 ‘We are not thinking about who is favourite.’

Ahead of the game in Manchester, Klopp added: ‘We lost here 5-0 in the beginning of the season.

‘The quality of City was clear. We all know about Pep, best coach in the world. It was clear they would be outstanding but there is no perfect football team in the world. 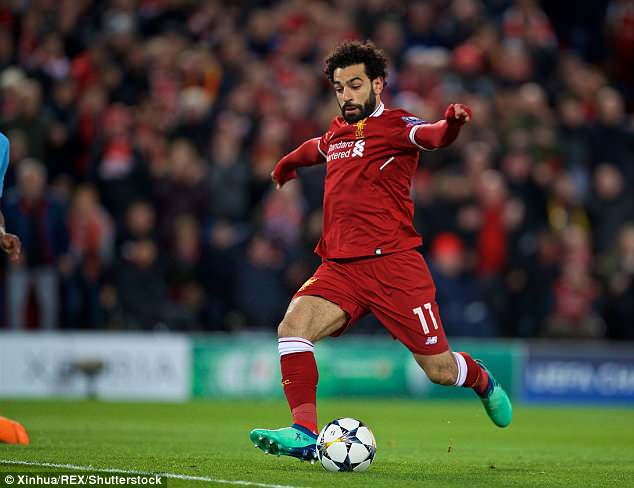 It isn’t clear whether Mohamed Salah, who is recovering from a groin problem, will feature

‘They have it most consistently, that is why they will be (league) champions, but we know they can concede goals.’

City’s attempt to sew up the league title with a home victory over Manchester United was thwarted as Jose Mourinho’s team won 3-2, but Klopp remains cautious.

He said: ‘I don’t think City will be worse next season but they are human beings, thank God. They have had two results nobody expected but we had to play our best. We will have to be at our best again.’

Liverpool’s pedigree in the top continental competition – they have previously conquered Europe five times – means little to Klopp when it comes to making progress this year.

‘I don’t think the experience really helps us,’ he said. ‘You have to make your own experiences.

‘European nights for Liverpool are special, expectations are high but we have no better chance than City. It is a big test for both teams.’

Forward Mohamed Salah, who has scored 38 goals in all competitions for Liverpool this season, missed out due to a groin injury as the Reds shared a goalless draw with city rivals Everton on Saturday.

Of the Egyptian’s chances of recovering in time to face City, Klopp said: ‘Not sure 100 per cent. We train at 5pm. It is rather yes than no but we have to see. We will train and then make a decision.’