Klopp says Manchester City could have title won by January

Liverpool boss Jurgen Klopp has suggested that if Manchester City carry on the way they have they will win the Premier League by the end of January.

City have been in sensational form this season. They sit top of the league on 25 points after winning eight out of their nine games. They are also still unbeaten.

Klopp, speaking to French website SFR Sport, was asked whether a team could win the title playing ‘attacking, offensive football’? 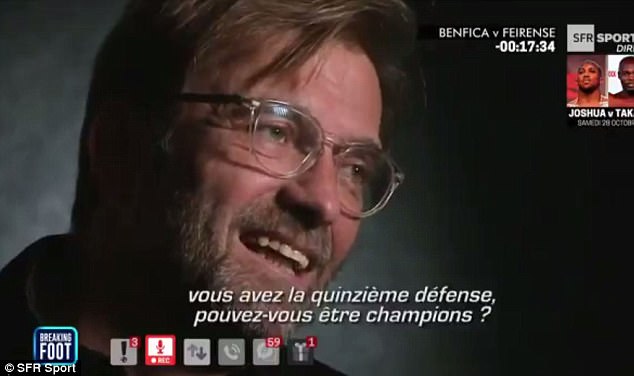 ‘Ask Pep Guardiola at Manchester City when does he think,’ the 50-year-old replied.

He added: ‘At this moment it looks like they are champions in January or something but it’s not about doing it this way or doing it that way.

‘It’s about doing it the right way for your own team. That’s the one thing and we have to respect what the other teams and they do a very good job, too.’ 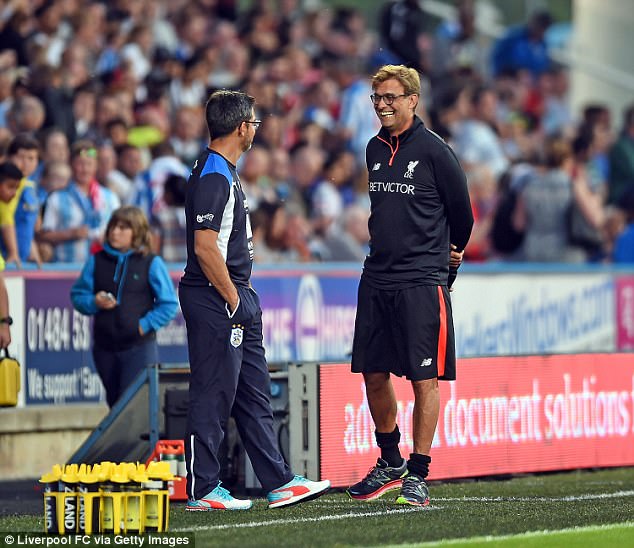 Klopp has received criticism recently for the way his side have performed in the league.

The Reds are 9th in the table, three points behind Chelsea and Arsenal in fourth and fifth, and 12 points off table-toppers City.

One area where Klopp has come under scrutiny is Liverpool’s defensive record.

They have conceded 16 goals in the league – more than any other side in the top ten except for sixth-placed Watford. 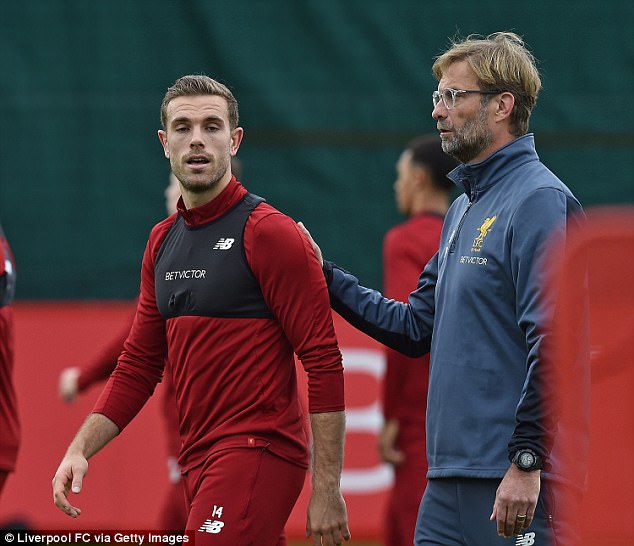 It is yet another reason why the Reds boss doesn’t believe his side are in a position to challenge for their first league title since 1990.

‘Not at the moment of course,’ he said when asked if Liverpool, who host Huddersfield on Saturday, had a chance this season.

‘We are too far away from the top of the table. Everyone expects that kind of development as long as you can be champions but when it looks like you can’t be then it’s quite quick [to being] exactly like it was last year.’ 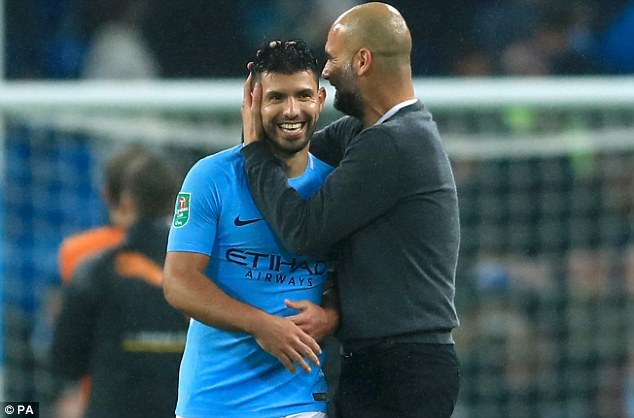 Pep Guardiola’s Manchester City are top of the table, having won eight out of their nine games

He added: ‘We know we have to improve and we know we concede too much goals. That’s 100 per cent and we don’t ignore that [but] you cannot fix the problem with one or two players. You have to do it better as a team.’