‘He has got the skills, the attitude, he’s quick, he’s fast, he can score goals’: Patrick Kluivert believes Manchester United striker Marcus Rashford is the best candidate to ease pressure on Luis Suarez at Barcelona

The former Catalan side’s striker feels the 21-year-old from Wythenshawe has ‘got the skills’ to excel at the Nou Camp, a compliment Kluivert does not feel applies to many in the Premier League.

Rashford’s deal at United expires in 2020 but the club have offered him a new deal worth £150,000-a-week in a bid to secure their talented striker for the long-term. 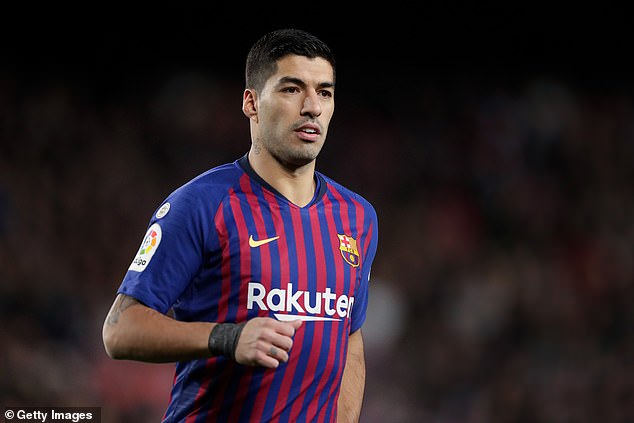 ‘I like Marcus Rashford, a lot,’ Kluivert said, speaking to Sport365 at a La Liga event in Dubai. ‘It will be really difficult to get him over. But he is a good player.

‘I don’t see a lot of players who can play in Barcelona. [Arsenal’s Pierre-Emerick] Aubameyang, perhaps he can play.

‘There is not a lot. Maybe some players who can play in La Liga, young players. But for me, I think the best one is Marcus Rashford. 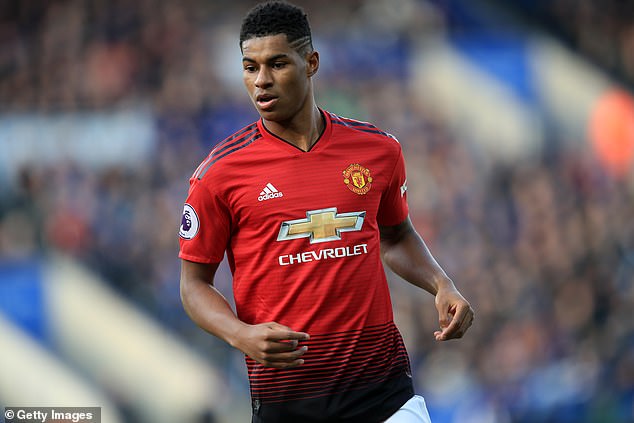 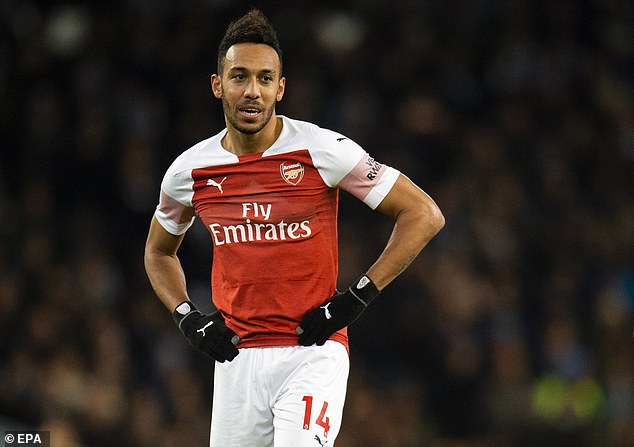 ‘He has got the skills, the attitude, he’s quick, he’s fast, he can score goals.

‘He is not always in the first XI at Manchester United and maybe he wants to change club. So why not?’

Rashford has been in excellent form of late, netting his 10th goal of the season in Sunday’s 1-0 win over Leicester.

With Romelu Lukaku struggling to get started under interim boss Ole Gunnar Solskjaer, Rashford has stepped up as centre forward and United are keen to secure his future to warn off suitors from Spain. 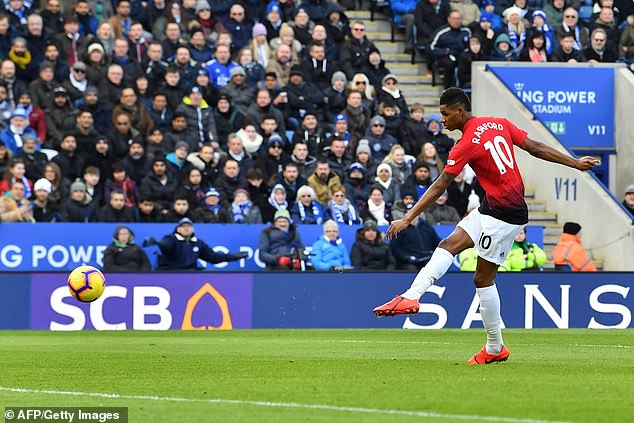 By scoring the only goal away against Leicester, Rashford netted his 10th goal this season 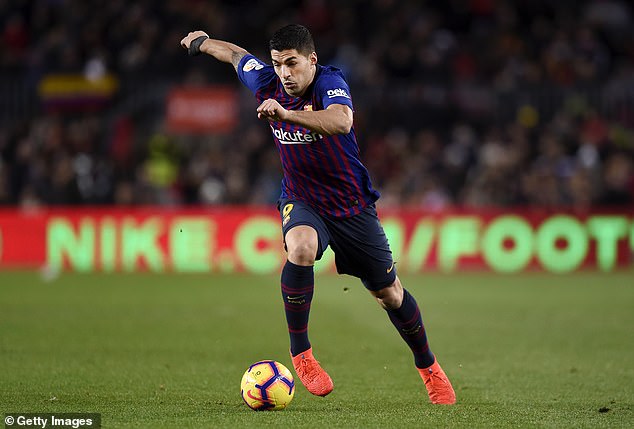 Real Madrid have been mooted to have an interest in the England international but Kluivert feels Barcelona would be foolish to not try and entice him away from Old Trafford.

For Barcelona, much of their current transfer strategy is with a nod to the future having agreed to sign 21-year-old Ajax starlet Frenkie de Jong for £65million.

And with Suarez now 32, the La Liga leaders may look to bring in a young forward who can play a key role in the side for many years to come with Rashford likely to top the list.