Bargain of the month! Kmart is selling a two-seater sofa bed for just $39 – and it’s perfect for a camping getaway

A $39 two-seater sofa bed from Kmart has been flying off the shelves since launching – and customers saying the inflatable buy is also perfect for camping.

The cheap couch has been described as super comfortable and durable by shoppers – one has only just had to replace the one they bought six years ago.

They said they were relieved to see the popular retailer restocking the sofas. 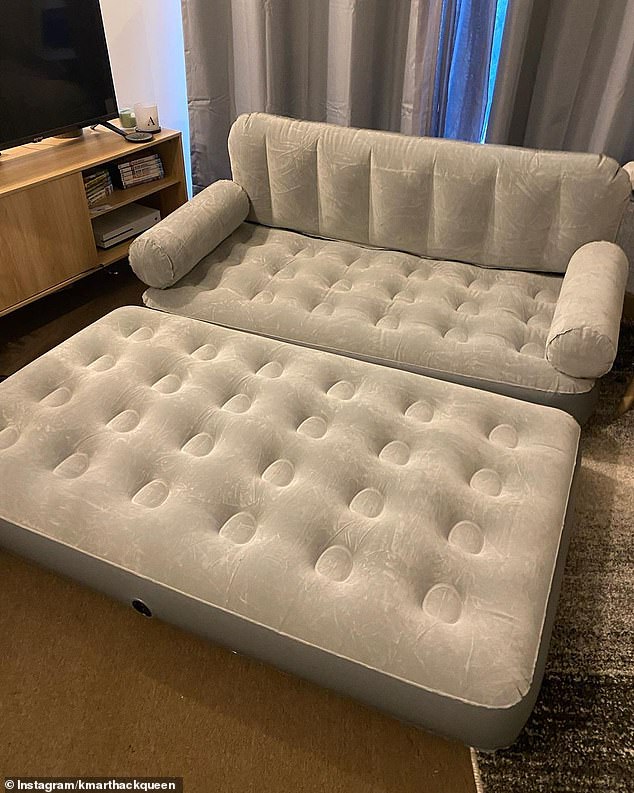 It appears to be especially popular with people who enjoy camping and caravanning.

‘We love ours, it sits right in front of our camper,’ one woman wrote on a post about the chairs.

‘You can pop them in the water too – seen plenty of people camping with these,’ added another.

But its not just campers using the grey lounges.

‘We have had ours for two months and love it – we bought it because we are waiting for our new one to arrive,’ one woman wrote.

‘We have one and it is amazing when people come over – because we have more room for them to sit and also to sleep,’ said another.

Others have theirs set up in the spare room – decorated with throws and pillows to help make it look less inflatable.

‘Oh you have made it look so good – I never would have thought to dress mine up with pillows, thankyou,’ one woman commented. 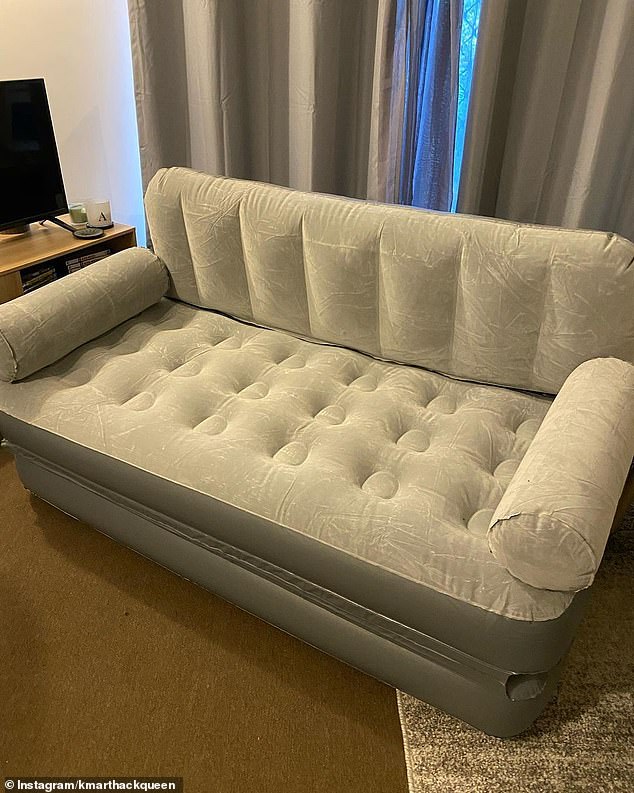 Some people have been taking their lounges camping, to the park and even to the drive-in cinemas

Others complained they have to keep inflating the couches every few days.

‘It is annoying to have to put air in them every few days because they slowly go down.’

Some people revealed they recently bought one of the couches and take it everywhere.

‘We have had it in the ute, taken it to the drive-in movies and even drag it to the park,’ one mum said.

Others compared the sofas to the inflatable bubble furniture popular in the early 2000s.