A woman has tearfully defended herself after she was accused of being a ‘racist’ for saying ‘white is right’ about her new doona quilt cover.

With more than 100,000 followers, her well-established page focuses on affordable fashion and home styling such as décor, furniture and bedding.

But over the weekend, Claire came under attack by cruel trolls who labelled her a ‘racist’ and a ‘white supremacist’ after she shared her thoughts on her new king-size waffle quilt cover.

‘I wasn’t going to address this… but as you can probably tell, I’m sad, but that’s not from the thing that happened last night. It’s from my sister Krista’s beautiful words and the outpouring of love and support that you guys have given me,’ she said.

‘I’ve got a bad headache, I put it down to the stress that’s come from here. I’m not racist, I was purely talking about a bloody doona cover, and it does hurt, it hurts me.

After speaking out, Claire hit back at the nasty trolls by sharing a snap of herself sitting on her white quilt cover in her white Kmart outfit. 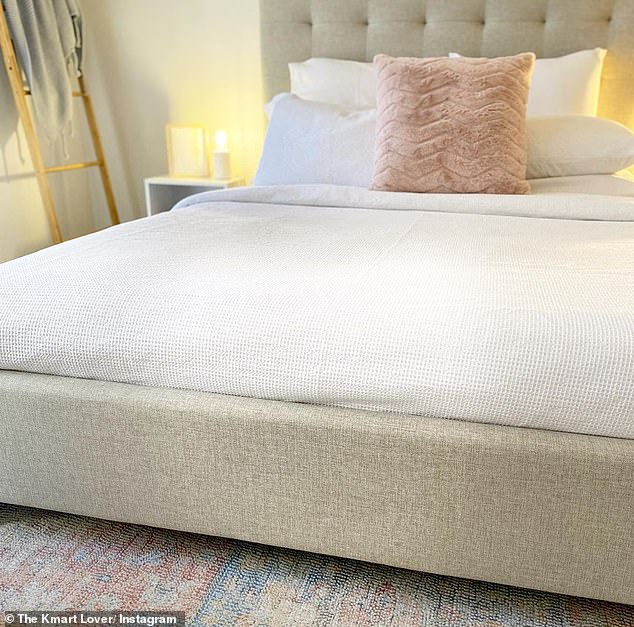 Over the weekend, Claire shared an innocent picture of her new Kmart waffle doona cover, with the captions ‘white is right’ 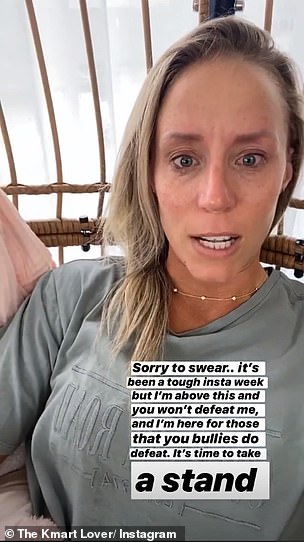 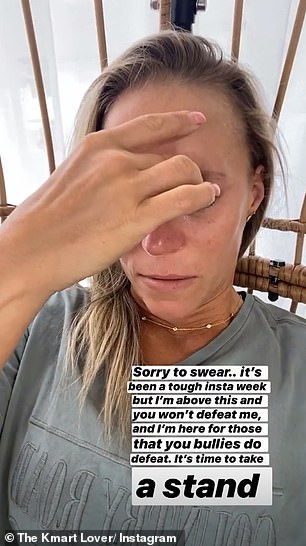 ‘This is me. On my white waffle quilt cover in my white outfit… Just a girl on a bed in what she considers a cool outfit sharing her love for home styling and fashion,’ she said.

‘Unshowered, heavy eyes from a bad headache, no make-up. Nothing more, nothing less. This week I have been trolled as being racist for saying “white is right” about the depicted doona cover.

‘I could stay quiet as some of you have suggested and not respond to any of these remarks but that is not me. I am strong. I am independent and I am taking a stance against this small minority of society that feel this behaviour is ok because it is not.’

Claire has since updated her caption to: ‘Can you beat a white quilt cover for a relaxing entrance to a bedroom? I love it.’ 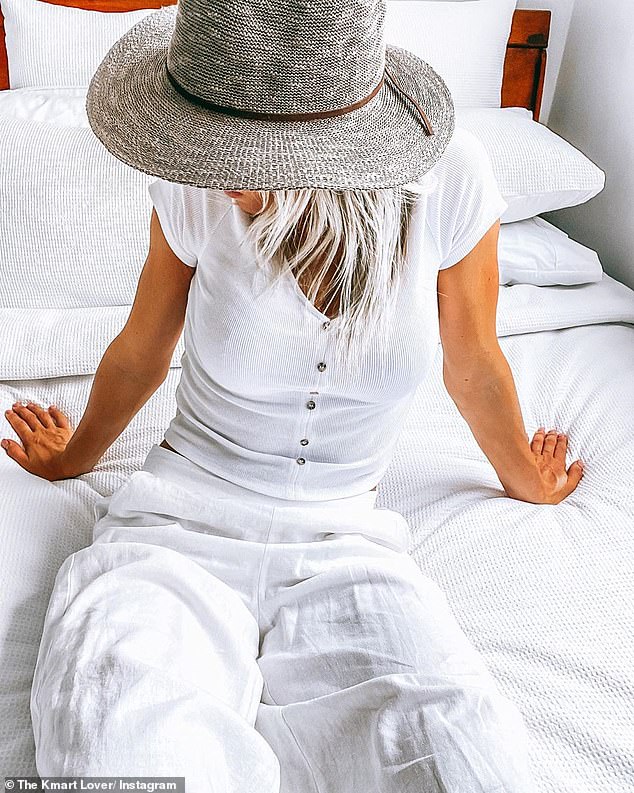 After speaking out, Claire hit back at the nasty trolls by sharing a snap of herself sitting on her white quilt cover in her white Kmart outfit

And not only was she accused of being racist, but Claire said she received nasty remarks for ‘having too many hats and contributing to landfill’.

She wanted to use her platform to speak out against bullies on behalf of those who ‘do not feel strong enough to have a voice’.

‘I am using my voice so that hopefully this changes the mindset of one person out there that has thought about writing something negative in any online forum,’ she said.

‘I am using my voice so that hopefully one less person becomes a victim to self-harm and/or suicide due to online trolling. This behaviour is not ok, it is not tolerated and it is time for it to stop.

‘It can be largely damaging, hurtful and is purely unkind.’