He and his two friends brought with them custom made green T-shirts to observe the holiday and to diss the Knicks owner saying: ‘St. Patty says BAN DOLAN’.

But the playful shirt did not fly with Dolan’s security who made sure the apparel landed in the trash and didn’t make it into the arena. 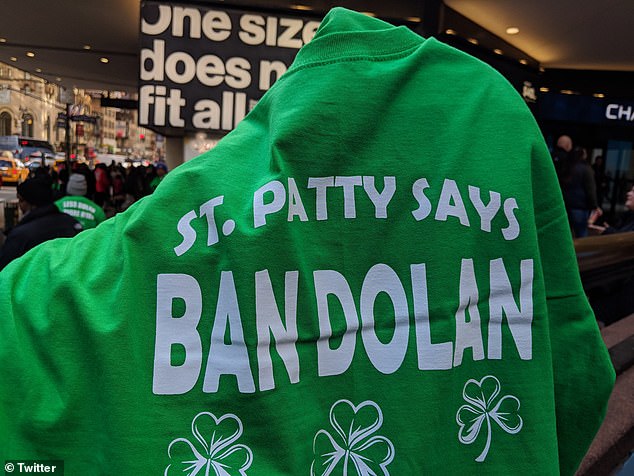 The shirt that started it all: The fans wore a shirt saying ‘St. Patty says BAN DOLAN’ for Sunday’s St. Patrick’s game at Madison Square Garden in New York

‘Had this shirt confiscated walking into @TheGarden,’ Robilotta posted on Twitter.

‘They took from 2 of us and a 3rd put his in his pocket. @TheGarden security tracked and followed him through scanning and made him open his jacket to prove he threw it away. Then made another guard pick it out of the garbage to prove it #Knicks #BanDolan,’ he added.

Dolan has a long history of throwing tantrums at fans who criticize him.

On March 9 he kicked a fan out of a Knicks game after they yelled at him to ‘sell the team’ and he clapped back saying: ‘You really think I should sell the team? You want to not come to any more games?’ 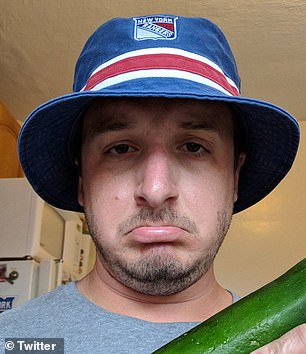 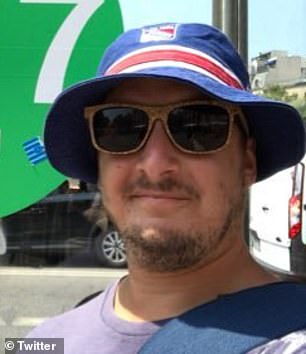 He posted about the tight security incident on Sunday on Twitter, revealing just how far the stadium goes to assure team owner James Dolan isn’t offended 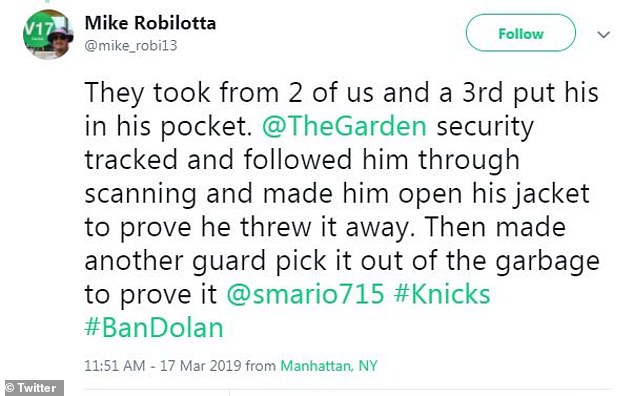 He then called security and sardonically told the fan to ‘enjoy watching them on TV’.

In a radio interview afterwards he said he had banned that fan for life, according to Sports Illustrated.

Last fall Dolan performed with his band JD and the Straight Shot at a music festival in Chattanooga, Tennessee where a Knicks fan showed up with a sign saying ‘Quit your day job. Sell the Knicks’.

Dolan then demanded the fan leave in loathsome rant.

‘I’m gonna invite you to leave. What do you say? So everybody else can have a good time. OK, can you do that now? Thank you. Goodbye,’ he said in video footage of the incident.