A knifeman shouting ‘Allah’ has been arrested after stabbing three people in a brutal frenzy in Manchester Victoria station this evening.

At least three people were stabbed in the attack at the city center transport hub, including one British Transport Police officer and two members of the public who are currently receiving treatment in hospital.

The attacker was said to have been armed with a ‘long kitchen knife’ and was pepper sprayed and tasered before being arrested by police officers, who were quickly on the scene.

BBC journalist Sam Clack who came within touching distance of the attacker, said he heard the man shout ‘Allah’ as he launched the terrifying frenzy. 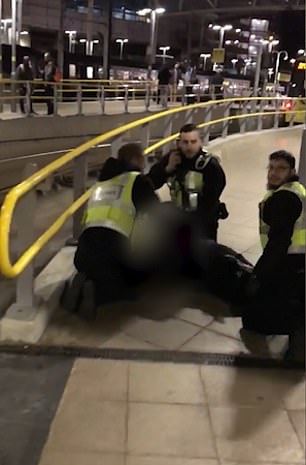 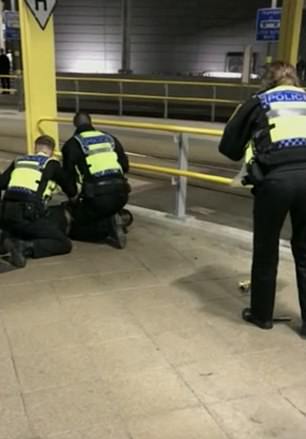 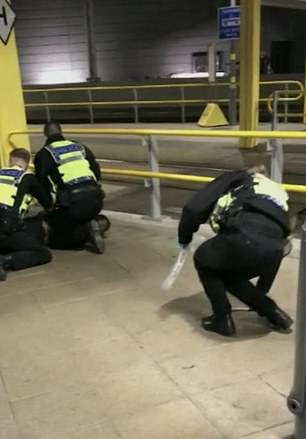 In an interview with BBC News in the immediate aftermath of the incident, Mr Clack said: ‘It was pretty scary. It was just me on the platform and as I was standing there I heard the most blood-curdling scream I had ever heard from a woman nearby.

‘It looked like there was a fight going on. I heard the guy starting ‘Allah’ distinctly. I didn’t hear the rest of the sentence.’

‘Police very quickly were on the platform and the guy started backing up towards me. And he got to within seven or eight feet of me and was looking around very skittish.

‘I looked down and in his hand I saw that the man had a kitchen knife with a black handle and a long 12-inch blade.’

According to Mr Clack, one of the police officers then tried to taser the attacker, but missed, before another officer pepper sprayed the man and ‘six or seven policemen’ took him to the ground.

Then Mr Clack said as he tried to walk past and get away the attacker said: ‘As long as you keep bombing other countries this sort of s**t is going to keep happening.’ 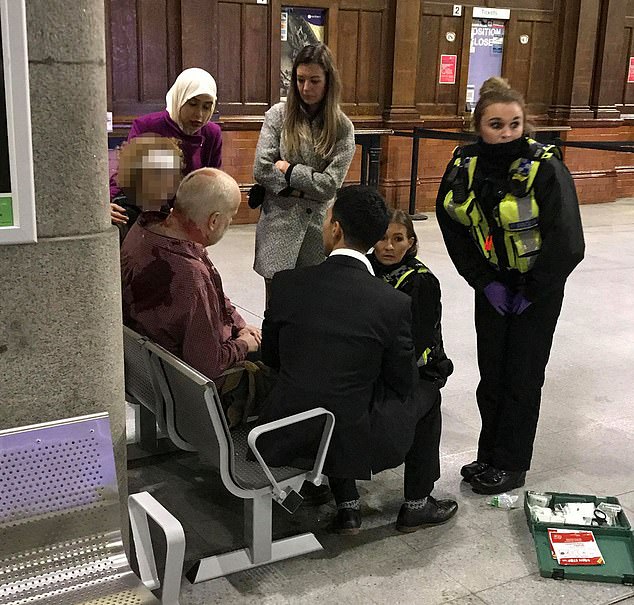 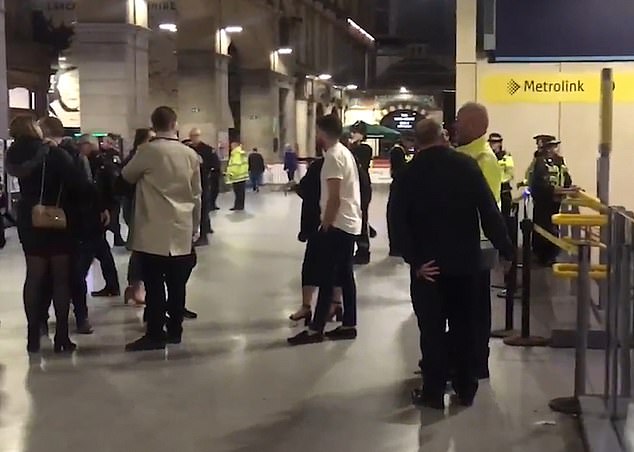 The attack took place just a few hundred meters away from the Manchester Arena, scene of the deadly bombing in May 2017 which killed 23 revellers at an Ariana Grande concert.

The Metrolink has been cordoned off and the station is currently shut down while police investigate the scene.

British Transport Police said in a statement: ‘Officers are attending Manchester Victoria station following reports of a man wielding a knife. We received the call at 8.52pm on Monday, 31 December.

‘A man has been detained and two members of the public, a man and a woman have been taken to hospital with knife injuries.

‘A BTP officer is also receiving treatment for a stab wound to the shoulder. British Transport Police remain at the scene along with colleagues from Greater Manchester Police and the North West Ambulance Service.’

Greater Manchester Police tweeted: ‘We are currently managing an incident at Victoria train station in Manchester. The Metrolink through the station is suspended. More updates will follow.’ 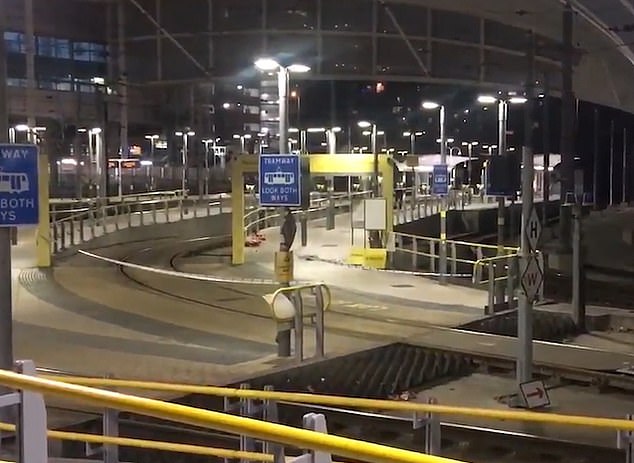 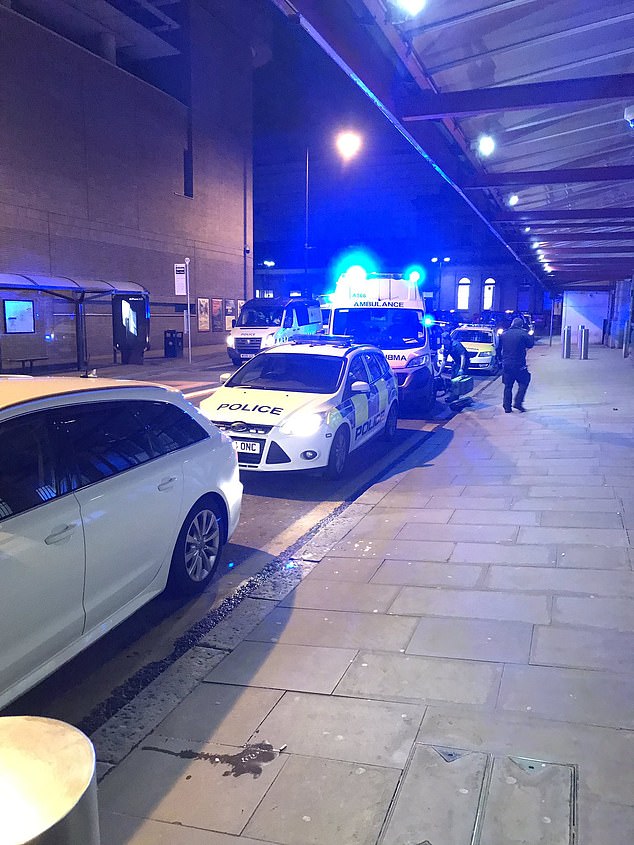