Seven schoolchildren have reportedly been killed and another 12 injured after being attacked by a knife-wielding man in north-west China.

The incident occurred at around 6:10pm local time today in Mizhi County, Shaanxi Province, said a statement released by the authority of Mizhi.

The children are said to have been attacked on their way back home from school. 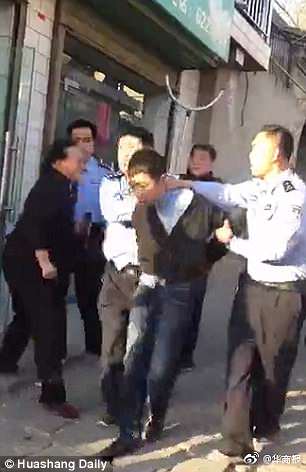 Pictures released by Huashang Daily apparently shows injured students being carried away and one man, thought to be the suspect, under arrest in Mizhi County, Shaanxi Province

The suspect has been under the control of the authority and the injured students are being treated, the statement said.

The statement was posted by the Mizhi Propaganda Department via Weibo, the Chinese equivalent to Twitter.

According to Huashang Daily, the alleged attack took place not far away from the gate of the Number Three Middle School of Mizhi County.

It’s claimed that the suspect suddenly dashed out and waved his knife towards the passing students. 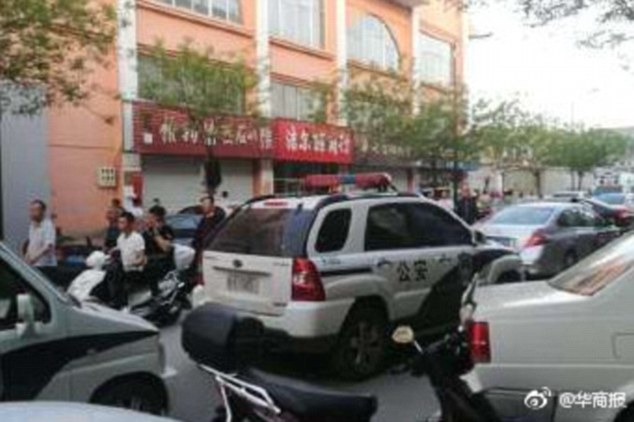 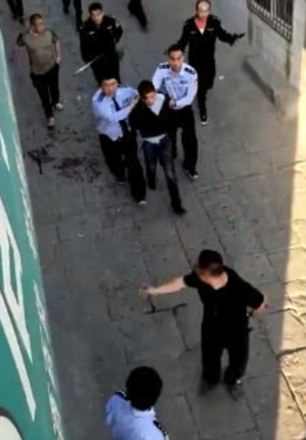 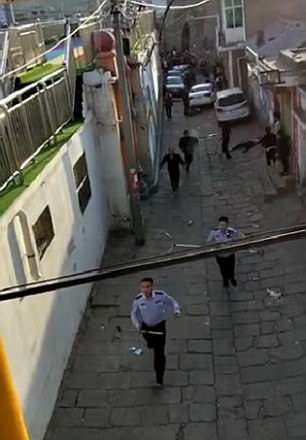 An insider told the Shaanxi-based newspaper that most of the victims were female students because ‘male students ran more quickly’.

Pictures released by Huashang Daily shows injured students being carried by police and onlookers and one man being arrested.