A woman screamed in terror as her brother was viciously attacked by an armed gang and repeatedly slashed with a knife.

Horrific footage shows the victim being cut with the blade, causing tears in his jeans, jacket and shirt.

The victim suffered stab wounds to his leg and back while his sister was also cut on the arm when one of the gang lashed out at her while fleeing.

He was set upon by the gang while standing outside the Everydayz shop in Vauxhall, Liverpool, at around 6.15pm on Thursday.

Police are hunting for an armed gang who launched a vicious knife attack on a man outside a shop in Liverpool, pictured 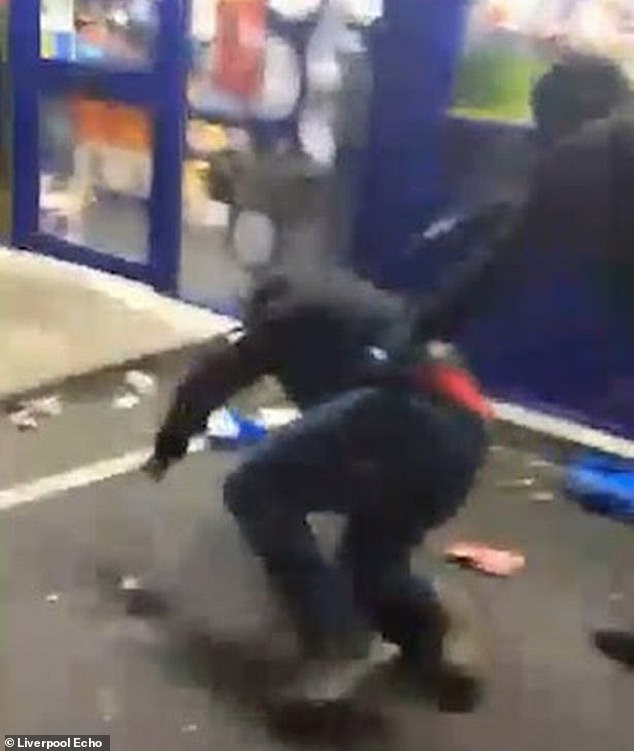 The footage was filmed on a mobile phone and shows a man in a balaclava tackling the victim before repeatedly striking him with the knife, pictured 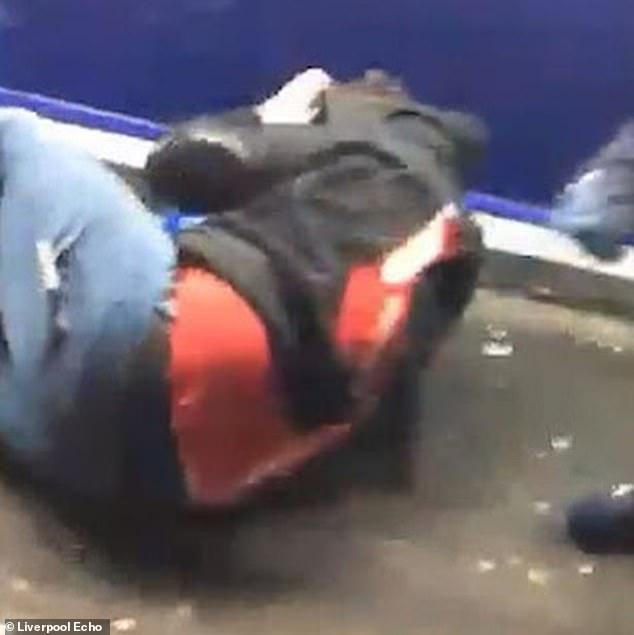 The victim was shown cowering on the ground, pictured, with ripped clothes and with stab wounds to his back and leg

A video filmed on a mobile phone shows the man lying helpless on the ground while a balaclava-clad attacker repeatedly thrusts the weapon at his back.

The sister can be heard pleading for them to stop and shouts ‘Call the police, call the police’ during the brutal assault.

The man’s red top is slashed open from neck to waist while the name Stephen is shouted as the attackers flee the scene.

Police said they were aware of the video, which has been widely shared on social media, and are trying to establish the full circumstances of the incident.

Three men, armed with what was described as a ‘machete’ and a baseball bat, escaped the scene in a small van along Vauxhall Road out of the city. 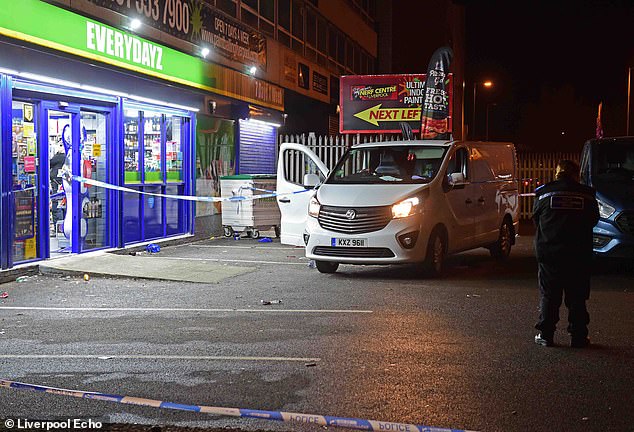 Police are investigating the incident outside the shop, pictured, and have urged witnesses to come forward