A man who was shot by police at a busy train station after he allegedly pulled a knife on officers has been charged.

Robert Hampton, 39, was speaking with officers after he failed to show a valid train ticket at Campbelltown Station, in Sydney’s west, at 2.45pm on Wednesday.

He then allegedly became aggressive and started swearing, before he drew a knife, that was about 30 centimetres long, from his hoodie and lunged at officers.

‘He jumped the barriers and tried to make a run for it. Tasers were used but did not work, he was so charged up,’ a police told the Daily Telegraph.

He was tasered but allegedly continued trying to threaten police, and was eventually shot with a single bullet to his stomach.

On Thursday Hampton was charged with wound person with intent to cause grievous bodily harm, use offensive weapon to prevent lawful detention, and travel or attempt travel without valid ticket. 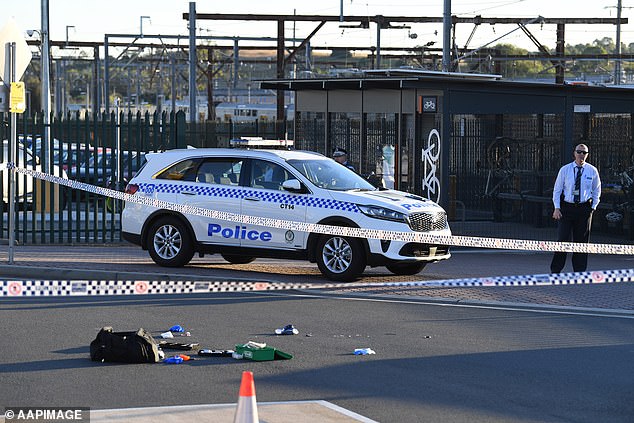 Robert Hampton, 39, was speaking with officers when he drew a knife and allegedly lunged at them

Shortly after the incident, Hampton was taken to Liverpool Hospital under police guard, where he remains in a critical but stable condition.

He has been refused bail and is expected to face Liverpool Local Court on Friday.

Three ambulance crews and one medical team attended the scene, where they treated him.

Witnesses at the scene claimed they saw a police officer holding a gun shortly before Hampton was shot.

‘It is concerning that anybody would carry a knife in public. Policing is a dangerous job, we all know that, but the police responded to the incident,’ NSW Police Assistant Commissioner Peter Thurtell said.

Assistant Commissioner Thurtell said that the facts of the bloody incident are yet to be determined, and homicide squads are now involved. 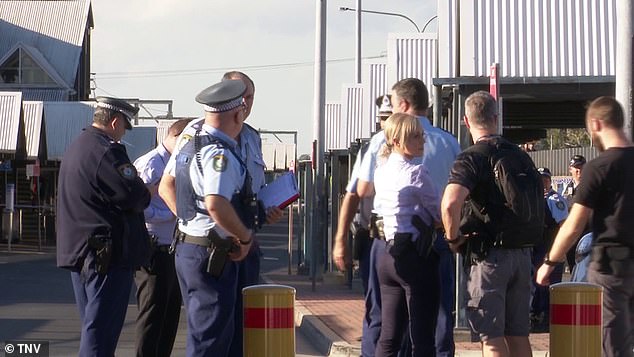 Three ambulance crews and one medical team attended the scene, where they treated Hampton for a gunshot wound to the stomach area

Many passersby witnessed the event as it unfolded, including a school student named Emma who called in to 2GB radio station shortly after.

She said some of her schoolmates ‘were crying because they saw it’.

She said she was told to get off the bus in the middle of another street and was unsure how she was going to get home.

Thankfully no police or other members of the public were injured. 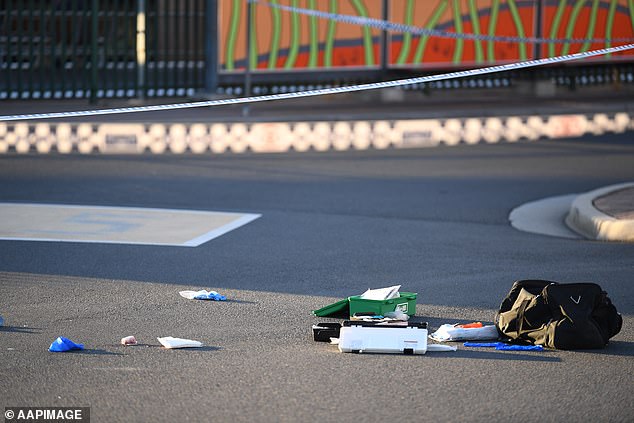 He was tasered but continued trying to threaten police and was eventually shot, but was charged on Thursday with a number of offences