The alleged knifeman shot dead by police is a Sudanese national called Badradeen who warned the night before the carnage that he was going to launch an attack.

His name was revealed by his close friend Abdal Nasser, 22, who told of his shock at seeing the ‘loner’ standing with a knife after six people, including a police officer, had been stabbed.

Another friend Siraj told Mail Online that he had a conversation with Badradeen the night before the bloodbath at the Park Inn hotel in Glasgow city centre.

Siraj, 22, an asylum seeker from Yeman told Mail Online:’ He told me that he was fed up. He had been in the hotel for three months. There was no daylight in his room and he was very angry.

The knifeman has been named as a Sudanese national called Badradeen. His friend, Siraj, (pictured), 22, an asylum seeker from Yeman, told Mail Online that he had a conversation with Badradeen the night before the bloodbath at the Park Inn hotel in Glasgow city centre

‘He said that he was going to attack two guys in the room next to his because they’re were making noise to deliberately annoy him. ‘

Siraj added: ‘ I said ‘No No No’ and that it was just that the hotels walls were thin and it was just noise.

But he said Badradeen had told him :’ No. They hate me. And I hate them. I am going to stab them.’

Siraj said: ‘I didn’t think he would actually do anything.

‘But I did go to the hotel supervisor and make a report. The next morning at around 9.30 the hotel talked to me and took down the details of what he had said he was going to do. 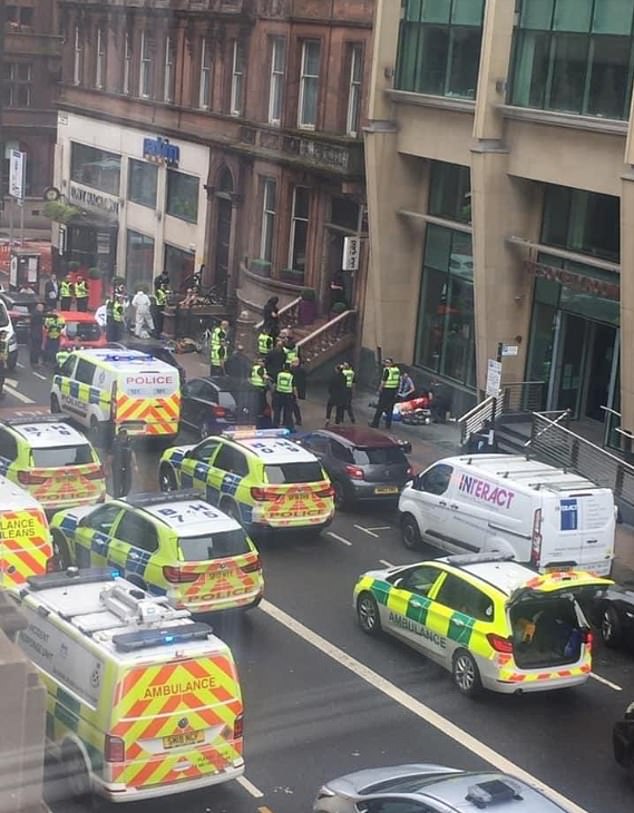 ‘I then went to sleep I was only woken up by the fire alarm and then when I came down I just saw the blood everywhere. I couldn’t believe he had done it.’

The knife man was shot dead by police, and six people including the police officer David Whyte remain in hospital. His condition is critical but stable.

One of the injured, a hotel resident said, is 17-year-old Mohamed Mansarie from Sierra Leone.

Resident Beatrice Onwuka, 37, from Nigeria said another of the stabbed refugees was teenager Sultan Mohammed, also from Sierra Leone. 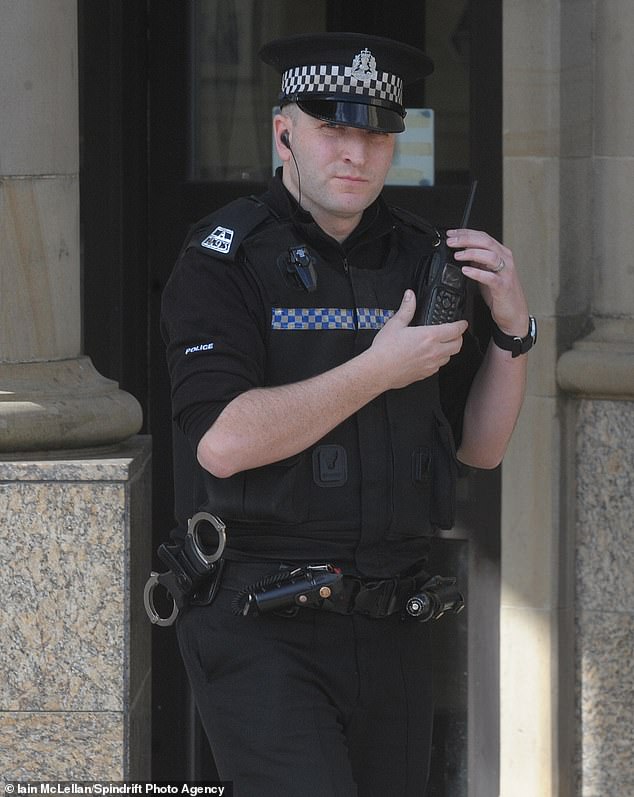 Six people including the police officer David Whyte (pictured above) remain in hospital. His condition is critical but stable

Police Scotland have not released any names officially, but did say that the injured included people of the ages of 17, 18, 30, 38 and 53.

Friends of the dead man said he was in his twenties, had ‘big hair and a cute face.

Siraj added: ‘I think he was getting more mentally ill over the three months.

‘He had gastric problems and had to isolate for around 20 days and his room had no light from a window.

‘He didn’t like the food and was fed up.’ 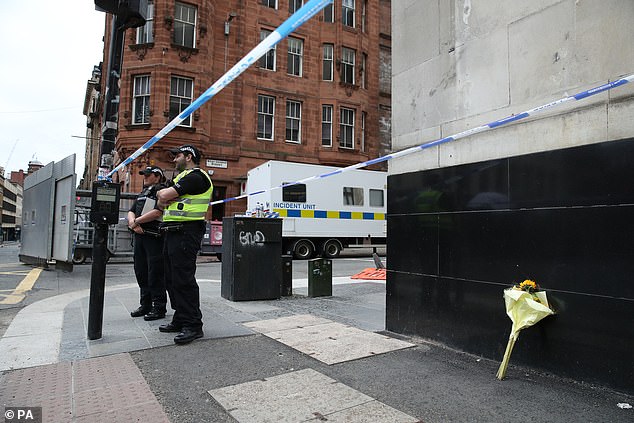 Flowers near the scene of the attack were seen on Saturday

Ms Onwuka revealed Badradeen had changed his mind about seeking asylum and wanted to return back to the Sudan.

‘He was fed up. He didn’t speak much English and he had only a few friends. He was nearly always on his own.

‘He told me he wanted to go home. He didn’t want to stay here anymore. He had had enough.

Mr Nasser, said Badradeen had not spoken to him prior to the attack.

‘I was there in the hotel. I did not see the attack itself but Baradeen, who was my friend, I saw him with a knife in his hand. 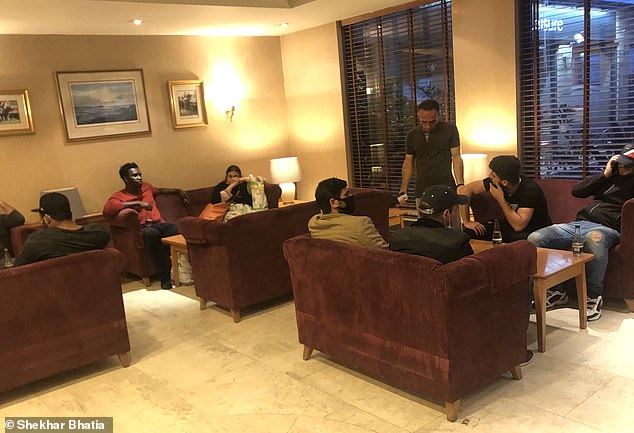 ‘It is a shock for me. I am sorry for all the people he hurt. I did not know Badradeen well but we became friends in recent weeks because we are both from Sudan.’

PC David Whyte, 42, who played football in a local police team, is in a critical but stable condition in hospital.

His wife is called Carol and they have two children.