Koalas could be extinct in 30 years, experts warn

Koalas could be extinct in just 30 years and Australia is to blame for ‘sleepwalking to this catastrophe’, an expert says.

Around a billion animals are thought to have perished in the bushfire crisis that has ravaged the nation since October.

More than half of the koala population was wiped by fires on South Australia’s Kangaroo Island, with experts warning the species may be extinct by 2050 – or even earlier.

A koala is seen sitting among burnt trees in Kangaroo Island, South Australia

In the wake of the fires, Professor Christopher Dickman of the University of Sydney said Australia is ‘sleepwalking to this catastrophe’.

He said there was as many as 100 species of plants and animals that were at risk of extinction but due to ‘poor monitoring’ of Australian wildlife.

‘It’s going to be some time before we get in to assess whether particular species are still there or not, but anywhere from 20 to 100 plants and animal species that were already threatened were in the path of the fires and would be at real risk,’ he told The Daily Telegraph.

Professor Dickman said that while koalas have taken a massive hit, there were large areas inhabiting the animals that remain untouched.

‘Koalas do have a big range, and even though the fires have covered over 10 million hectares there’s still a very large area of koala habitat that remains unburnt,’ he said.

The World Wildlife Fund (WWF) have estimated that by 2050, koalas would be wiped out along eastern Australia, but Dr Stuart Blanch predicts the fires have ‘brought the extinction timeline forward’. 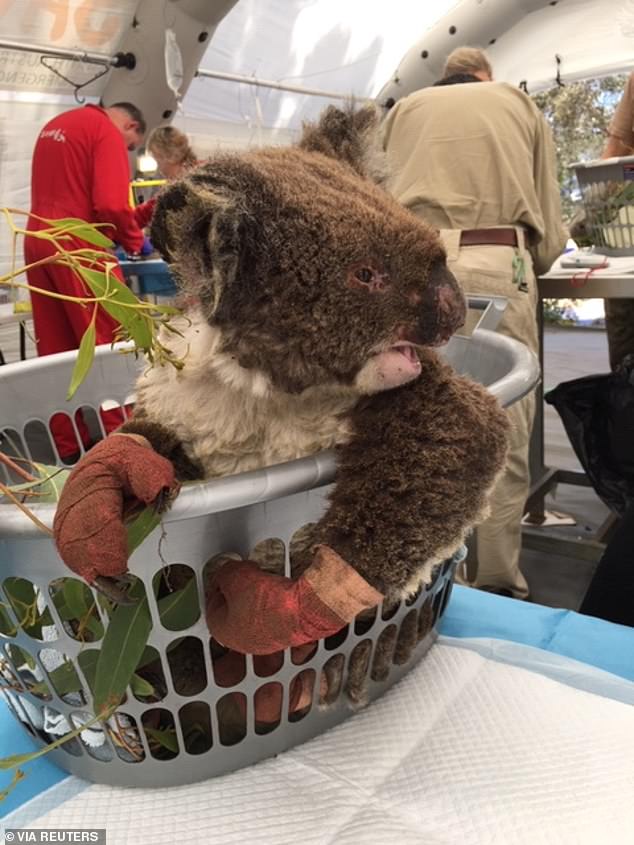 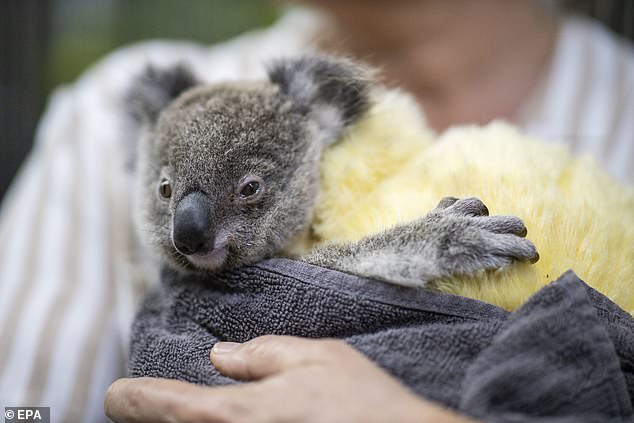 In 2020 there are fears there are less than 100,000 across Australia, with the loss attributed to deforestation and land clearing.

As Australia is still in the midst of one of its worst bushfire seasons, Dr Blanch estimated between a quarter and half of the koala population had been killed.

‘Climate impacts including drought and bushfires are happening a lot quicker than expected so it’s reasonable to conclude the extinction risk will come well before 2050,’ he said.

Speaking previously to Daily Mail Australia Professor Dickman said koalas would struggle to reproduce in the wake of their habitats being destroyed.

‘Some things probably won’t come back,’ he said.

‘It’s nearly half a billion native animals. You could say functionally extinct in some areas,’ Professor Dickman said.

Last week the Federal Government announced they would be committing $50million for emergency wildlife and habitat recovery.

‘This initial investment of $50 million into the protection and restoration of our wildlife and habitat is a critical step in creating a viable future for the animals that have survived,’ Treasurer Josh Frydenberg said.

‘As part of the Government’s support $25 million will be provided for an emergency intervention fund to be used on critical interventions where required and to help with the immediate survival of affected animals, plants and ecological communities and to control pests and weeds. 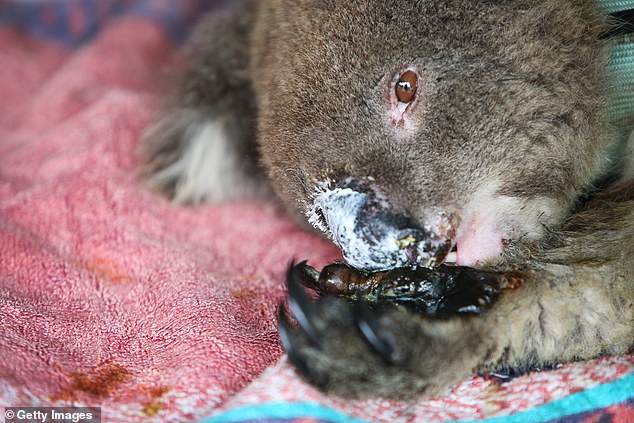 ‘A further $25 million will be made available to support wildlife rescue, our zoos, Natural Resource Management Groups, Greening Australia and Conservation Volunteers Australia with on the ground activities.

In the wake of the heavy loss of Australia’s wildlife, several groups across the country have made it their mission to care for injured koalas.

The Adelaide Koala Rescue cared for more than 100 animals in a hall in Paradise Primary School.

The makeshift hospital was created to care for koalas that had been burned in the Cudlee Creek blaze.

One couple, Paul and Christeen McLeod, are looking after koalas who had been burned from their own living room, running the Koalas in Care service from their home in Taree.

The dogs conduct post-fire koala surveys where they search the area finding faeces – which can indicate the presence of koalas nearby. 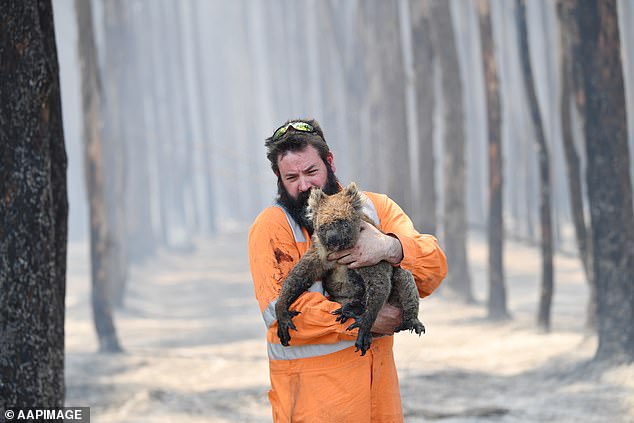